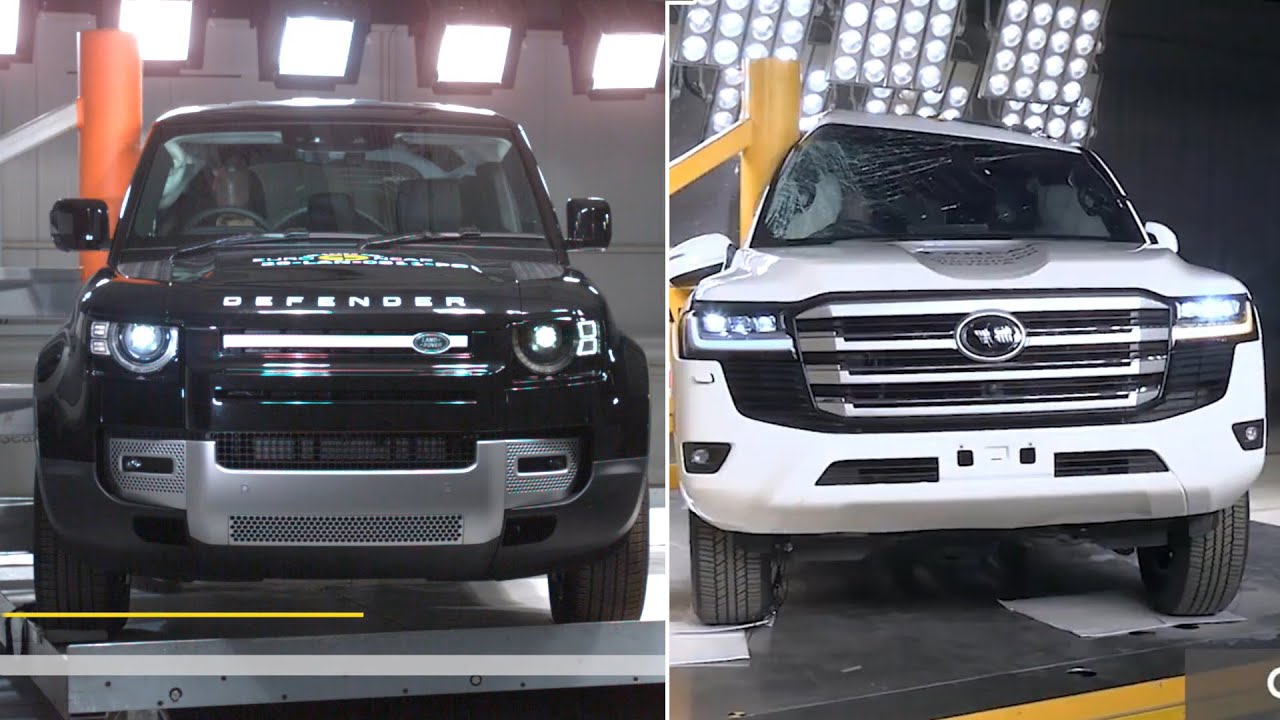 The LandCruiser 300 Series is the first vehicle to receive a test result in 2022, and ANCAP said the big SUV achieved the second highest score to date for Vulnerable Road User Protection under the stringent 2020-2022 testing protocols, recording 81 per cent.

It performed well in the autonomous emergency braking (AEB) pedestrian tests in a turning scenario, and for forward collision mitigation.

The Toyota also scored a high mark of 89 per cent for Adult Occupant Protection, although it lost some points, with ANCAP warning that occupants in oncoming vehicles were at risk.

Despite not being sold with a front centre airbag, the LandCruiser scored full points in the far side impact tests because there was minimal occupant movement towards the other side of the vehicle.

The ANCAP spokesperson confirmed that a vehicle doesn’t have to be fitted with a front centre airbag to acheive a top score for Adult Occupant Protection. The vehicle must perform well in a far-side impact crash test that evaluates occupant-to-vehicle and occupant-to-occupant performance. ANCAP says it does not prescribe the measures to acheive a top result, but that centre airbags generally work well in smaller cars where cabin space is at a premium.

For the Child Occupant Protection tests, the SUV scored highly with 88 per cent, but top tether anchor points aren’t available in the third row which has prompted ANCAP to warn buyers that child restraints are not recommended in the third row.

Finally, the LandCruiser scored 77 per cent for Safety Assist, with ANCAP praising the fitment of driver aids and collision avoidance systems like AEB and lane keeping assist.

The 2022 LandCruiser comes standard with AEB with pedestrian and cyclist detection and junction assist, as well as lane keeping aids, an advanced speed assistance system and lane departure warning.

Toyota now matches one of its key rivals, the Land Rover Defender, with its five-star ANCAP rating. The LandCruiser scored higher in all key test areas except Child Occupant Protection, which matched the Defender’s 88 per cent score.

“Larger, heavier vehicles always present higher risks for other road users and this is why ANCAP focusses on a vehicle’s ability to either avoid a crash, or reduce its impact, through our suite of Safety Assist tests,” she said.
———
Hope you enjoy this video and leave your comment bellow. To stay up to date with alot of new Videos