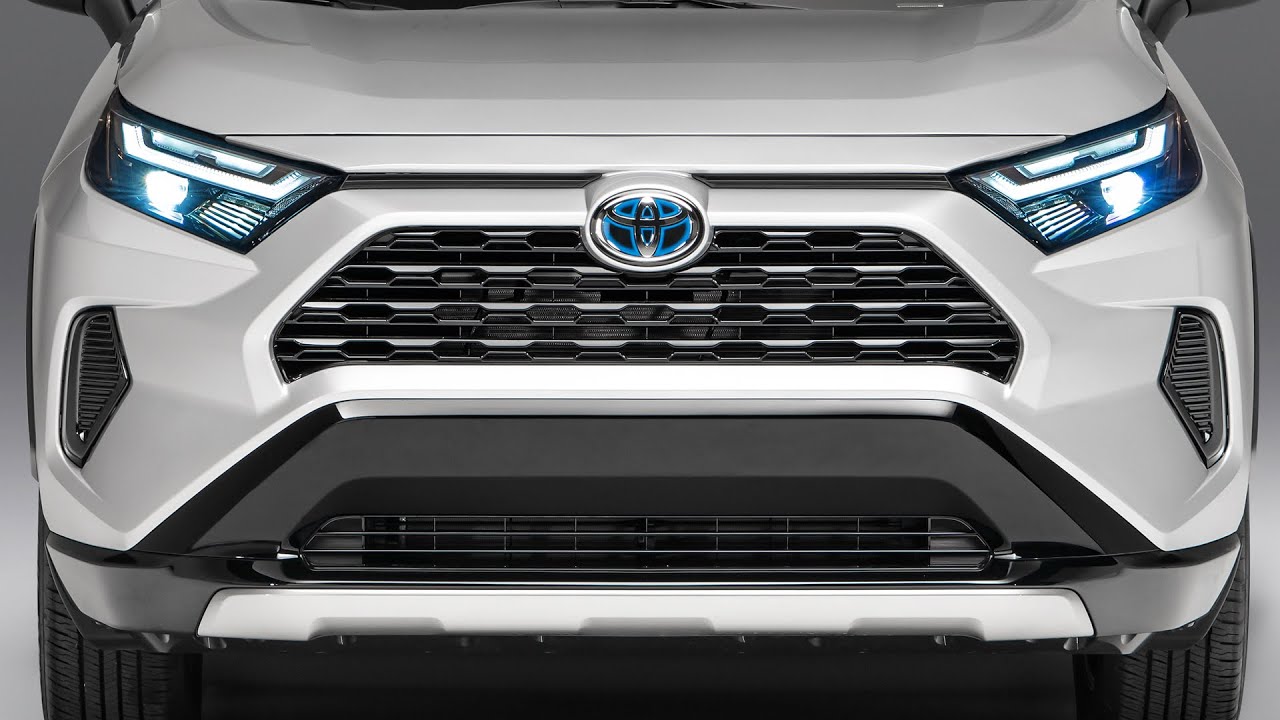 2022 Toyota RAV4 facelift – The new RAV4 SE Hybrid AWD. Toyota’s RAV4 crossover SUV is celebrating 25 years since its North American debut in 1996 with… a midcycle update to the current fifth-generation model. How exciting! The 2022 model year revisions include an updated design, new features and a new SE Hybrid spec that aims for the sweet spot between features, style and value.

The new SE Hybrid spec slides in just below the XSE Hybrid, retaining the dark wheels and sporty bumper trim but with a more conservative feature set and a slightly lower price. The new trim steps down to monotone exterior paint, fabric seats and a 7-inch touchscreen. Heated seats and steering wheel are optional as part of a weather package, while a convenience package upgrades to a 9-inch touchscreen and brings a moonroof and power liftgate online.

The 2022 model year also brings a smattering of visual upgrades to various other RAV4 and RAV4 Hybrid trims. There’s a new Cavalry Blue paint option for the SE Hybrid and TRD Off-Road, as well as the RAV4 XSE, which mates the hue with a contrasting black roof. New wheel colors and designs can also be found throughout the lineup.

Up front, there are new headlamps for XLE models and above. LED fog lamps make their way onto the fascia of XLE Premium, Limited, Adventure and TRD Off Road models, while the XSE Hybrid inherits the vertical LED signatures from the XSE Prime plug-in hybrid.

Inside, you’ll find a locking glove box and LED interior lamps on all 2022 grades and illuminated interior switches for XLE and up. Finally, the RAV4 Limited gains an eight-way power passenger seat.

The revisions are subtle, but Toyota has a knack for not messing with a winning formula. “Now in its fifth generation, the Toyota RAV4 remains the leader in its size class,” the automaker boasted in a release Friday, “and it has also been America’s best-selling nonpickup passenger vehicle for the past four years.”