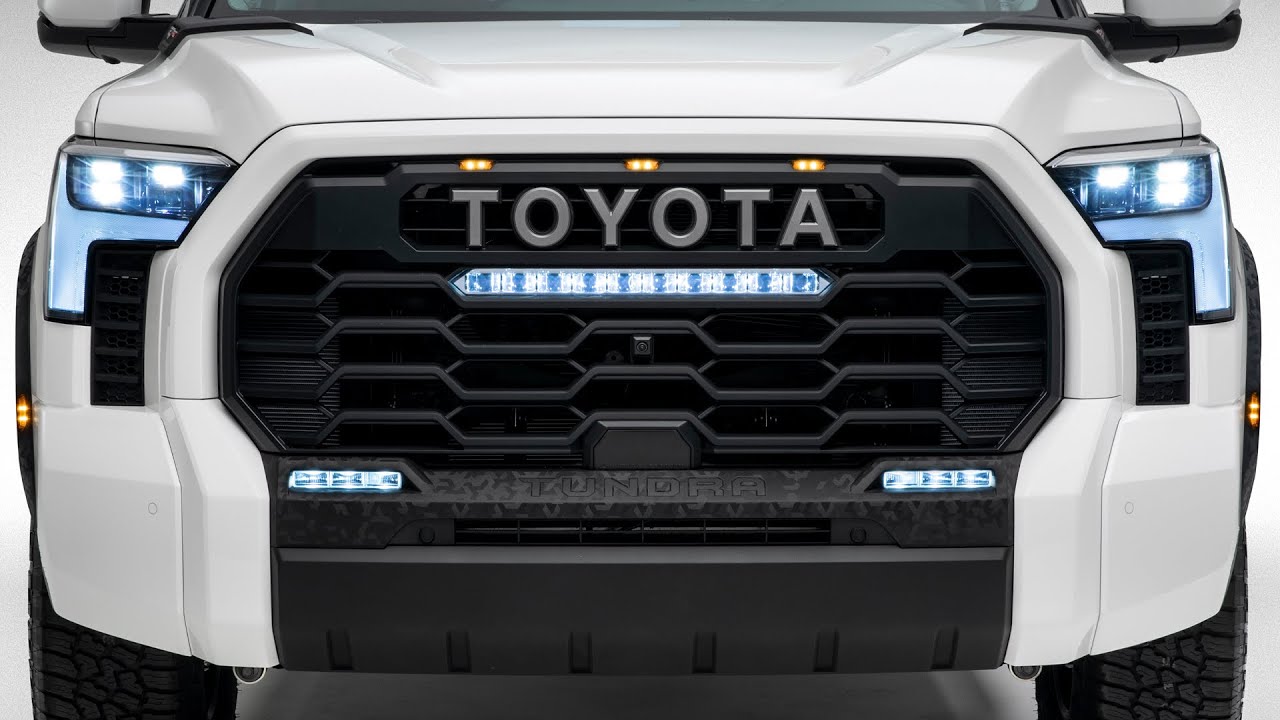 2022 Toyota Tundra TRD Pro – Exterior, Interior Design / First look. Toyota Motor on Sunday unveiled its new 2022 Tundra pickup with a bolder look, new technologies and more power. But what may surprise many truck owners is the additional power will not be from a V-8 engine.

Instead of exclusively offering the pickup with a V-8 engine, the Japanese automaker will offer two versions of a 3.5-liter twin-turbo V-6 engine, including a hybrid that can produce up to 437 horsepower – 56 more than the current V-8 – and 583 foot-pounds of torque, a 45% increase than the 2021 Tundra.

“We took a fresh, transformational approach to our truck development and had to rethink many things we’d previously done,” Mike Sweers, senior vice president of Toyota’s product development office, said in a statement.

Using twin-turbo V-6 engines has proven successful in pickup trucks. Ford Motor stunned many by introducing such as engine, which it calls EcoBoost, into its best-selling F-150 pickup in 2011. The engine was a surprise hit, with Ford adding other Ecoboost engines to its truck lineup.

Automakers have increasingly started to offer alternative powertrain options ahead of an influx of all-electric pickups in the market in the coming years. Ford offers a hybrid F-150 and a standard hybrid on its new small Maverick pickup, while Ram Trucks offers a mild hybrid on its 1500.

Aside from the new engine, the Tundra offers a far more rugged design than the current pickup. Most notably, a massive front grille that takes up a majority of the front of the vehicle. It also features sleeker headlights and a boxier design.

On the interior, the Tundra has an available 14-inch touchscreen and increased safety and convenience features, including a new infotainment system.

While the Detroit automakers dominate the full-size pickup truck market in the U.S., Toyota has achieved some success, consistently selling more than 100,000 of the vehicles each year. That compares with sales of Ford’s F-Series, which includes the F-150 and larger versions, at around 800,000-900,000 pickups in recent years.

“The Tundra can do well, but it’s going to be No. 3 [in the market]. They don’t necessarily have the capacity to really go after Ram or Chevrolet volumes,” Brinley said.

Toyota did not release fuel economy or pricing for the 2022 Tundra, which is expected to go on sale later this year. The vehicle’s starting pricing currently ranges from about $34,000 for a base model to $50,000 for an off-road TRD PRO. Fuel economy is 13 miles per gallon in the city and 17 mpg highway.

Toyota produces the Tundra alongside the Tacoma midsize pickup at a plant in San Antonio, Texas.