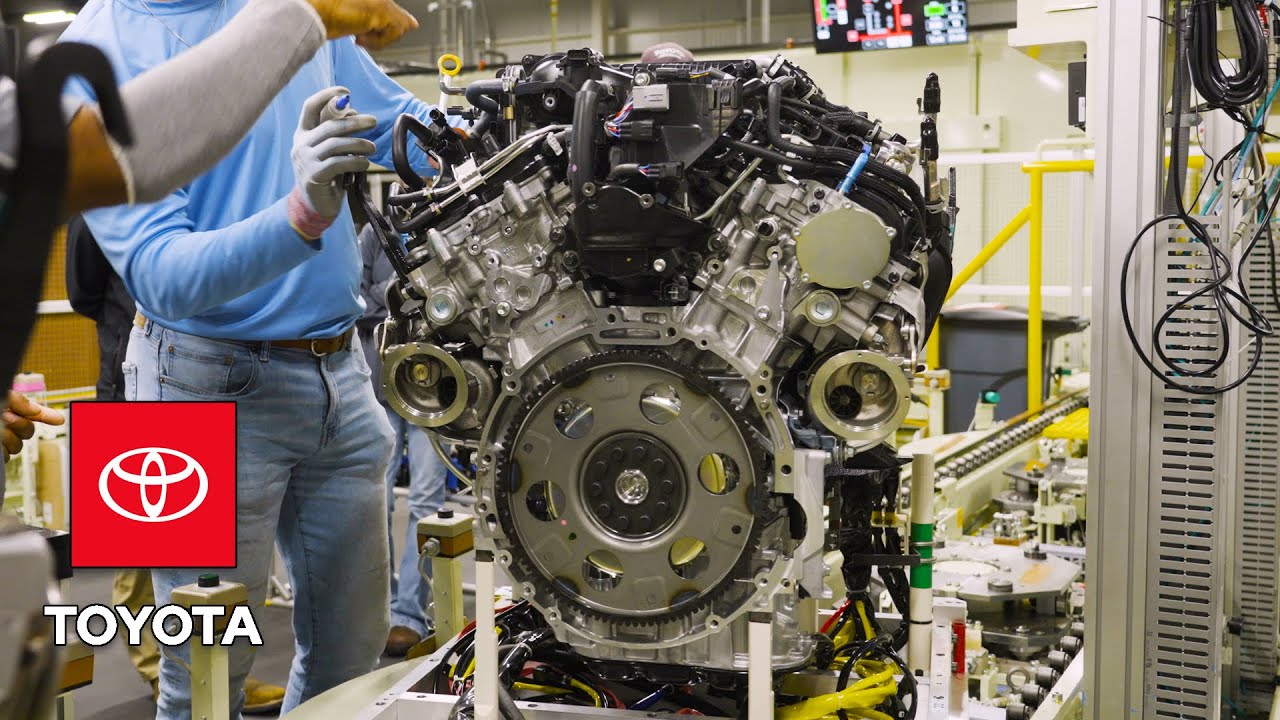 2022 Toyota Tundra Twin Turbo V6 engine Production – US Engines Factory. Together with state and community leaders, Toyota Motor Manufacturing, Alabama (TMMAL) held an event to celebrate the first of Toyota’s latest engine products for the all-new 2022 Tundra to come off the production line. These new engines, a hybrid electric powered twin-turbo V6 engine and the gas-powered twin-turbo V6 engine, usher in the next era of powertrains being assembled in Huntsville.

Toyota Alabama is the sole producer of both engine models for the 2022 Tundra in North America, creating long–term employment stability for the plant’s 1,800 workers.

“Our team members in Alabama recognize the confidence and trust Toyota places in us since we are the only plant selected to build engines for the all-new Tundra,” shared Jason Puckett, president of Toyota Alabama. “Launching the new twin-turbo V6 line and celebrating our 20th anniversary remind us here just how lucky we are to have such incredible team members who have made Toyota Alabama known as ‘the engine capital of the world.’”

At 142 yards, both of the twin-turbo V6 engine options for the 2022 Tundra are being built on the longest Toyota engine line in North America. The V6 Turbo line will produce a new engine every 58 seconds, with a capacity to build 18,000 engines each month. These additional engines push the total capacity for Toyota Alabama engine production to up to 900,000 engines per year.

Production footage 00:00
2022 Tundra’s Engine Explained 03:13
———
Hope you enjoy this video and leave your comment bellow. To stay up to date with alot of new Videos