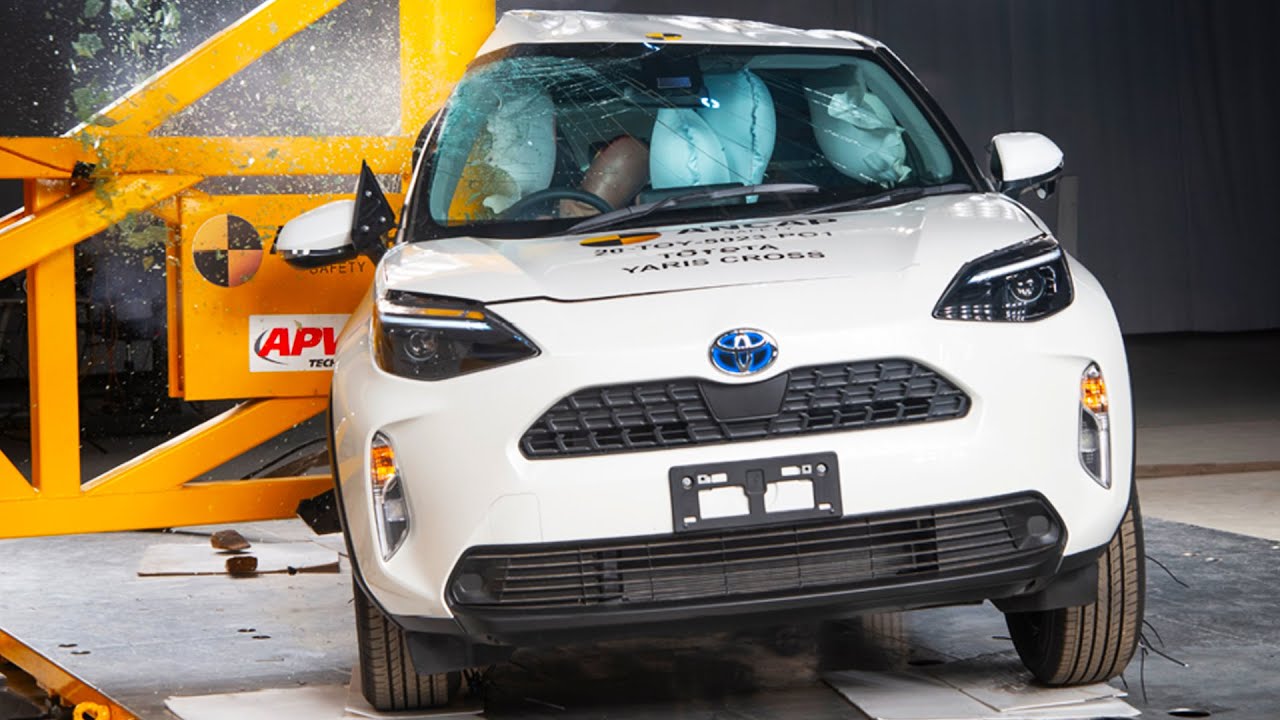 Toyota’s decision to pack the new Yaris Cross small SUV full of safety tech has paid off with ANCAP Safety bestowing a five-star rating on the smallest Toyota crossover.

The scores apply to the full Toyota Yaris Cross range in Australia, with the five-star rating taking in both the Yaris Cross hybrid and petrol engines, plus the GX, GXL and Urban trims.

The Australian car safety body noted a high level of crashworthiness for the Yaris Cross, with ANCAP Safety chief executive Carla Hoorweg saying the SUV “achieved maximum points for its protection of adult occupants in the side impact, oblique pole and whiplash tests.”

The decision to equip the Yaris Cross SUV (and the smaller Yaris hatchback) with a centre airbag paid dividends in ANCAP’s testing, with Hoorweg noting “occupant-to-occupant protection was also good” with the centre airbag minimising head clash injuries.

A larger proportion of ANCAP’s scores have been dedicated to advanced safety technologies in recent years – both their presence and their efficacy in testing.

However, the Yaris Cross was pinged for not being fitted with reversing AEB. Ms Hoorweg noted that “the standard AEB system does not react to vulnerable road users in reverse” with ANCAP recording a score of zero for AEB Backover, or reversing AEB.

As such, the Yaris Cross scored 78 percent for vulnerable road user protection but a decent 82 percent for safety assist systems.

Toyota Australia clarified earlier in 2021 that the Yaris Cross is fitted with reversing AEB from the mid-tier GXL upward, though the base model GX does not feature this potentially life-saving technology.