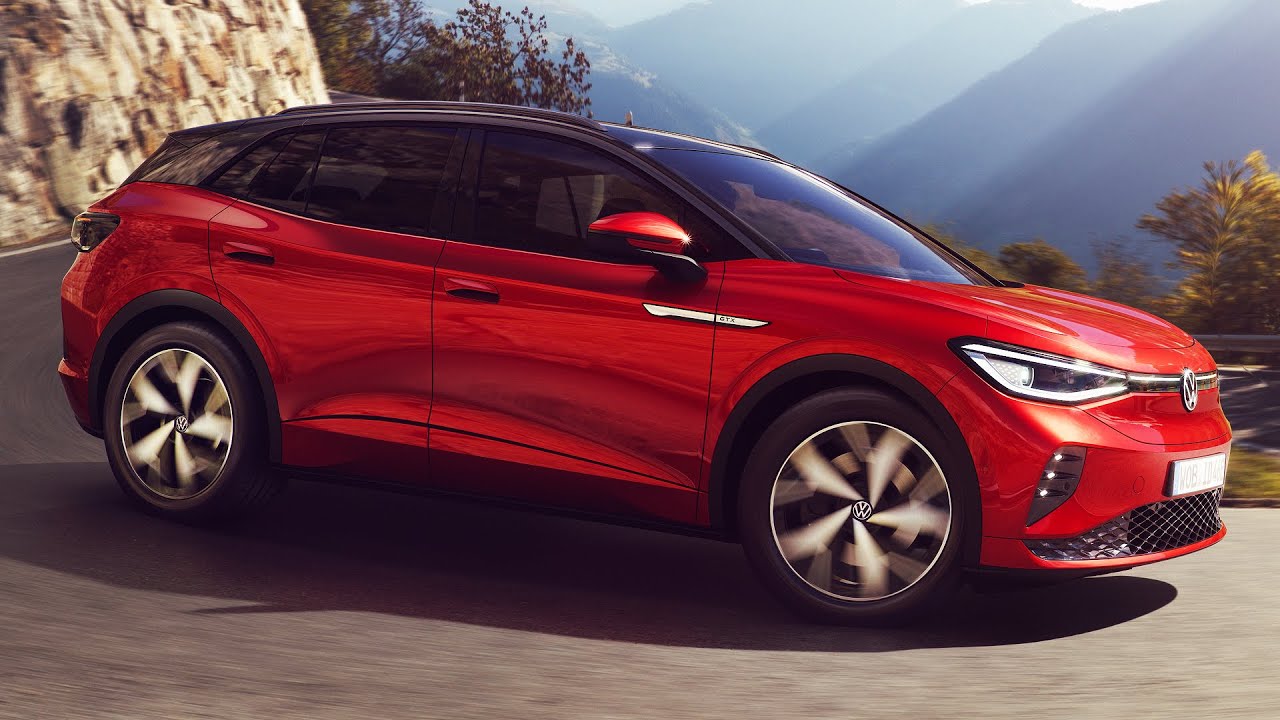 2022 Volkswagen ID.4 GTX – Performance and Design Features. This is the Volkswagen ID4 GTX — a new performance-oriented version of the ID4 electric SUV.

It’s VW’s first GTX-badged performance car, which will be the electric equivalent of today’s petrol-powered GTI models. It goes on sale later in 2021, and is expected to cost from around £45,000.

The overall design of the Volkswagen ID4 GTX is similar to that of the regular car, albeit with some tweaks for a sportier look.

It has some restyled bumpers and new 20-inch alloy wheels, along with a GTX badge on the back.

The Volkswagen ID4 GTX uses a dual-motor setup – that means there’s a motor on each axle to give the new car all-wheel drive.

The combined output of both motors is 299hp. That’s enough to help the ID4 GTX accelerate from 0-60mph in 6.2 seconds – that’s very nearly as quick as the latest VW Golf GTI. However, the new ID4 GTX is limited to a 112mph top speed – the Golf GTI can manage 155mph.

The ID4 GTX uses a 77kWh battery which delivers 298 miles of range. It’s compatible with 125kW fast-charging, so you’ll be able to boost your car’s range by 186 miles in approximately 30 minutes.

With the Volkswagen ID4 GTX now sitting at the top of the electric SUV’s range, it comes loaded with kit.

There’s a 12-inch infotainment touchscreen slapped on the centre of the dashboard, along with a digital driver’s display right in front of you. It also gets VW’s ID Light tech as standard, which sees a huge LED stretching the width of the dash that will react to sat-nav directions and charging status.

Subtle tweaks have been made to the interior too, including red detailing and new seats with ‘GTX’ embossed on the headrests.

Optional equipment includes an adaptive suspension setup that lets you pick if you want your ID4 GTX to feel firmer and sportier on twisty back roads, or softer and more comfortable when cruising on the motorway. You can have an augmented-reality head-up display as well.

Sales of the Volkswagen ID4 GTX will start later in 2021, and deliveries should follow soon after.

No word on UK pricing yet, though expect it to set you back north of £45,000 – it is the range-topping ID4 model, after all.