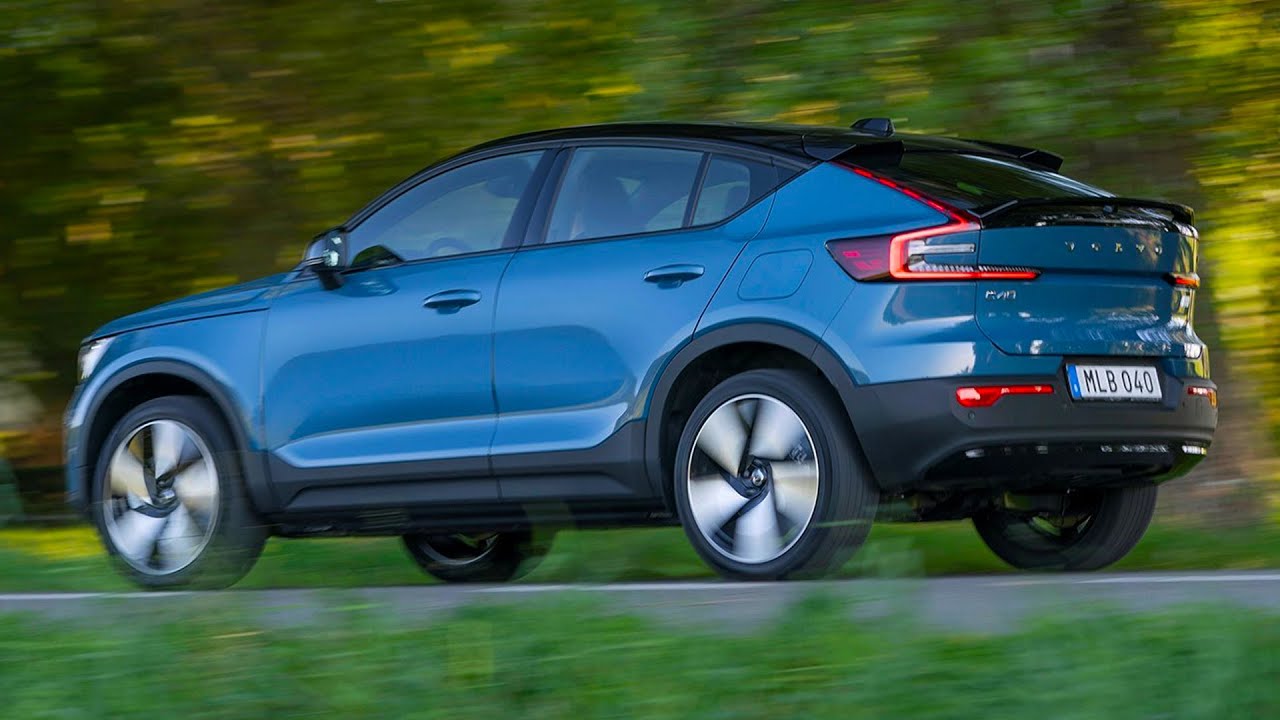 Volvo’s electric crossover with a sloping roofline will be pricier than its squared-off XC40 Recharge counterpart.
Although pre-orders have been open since March, Volvo has now released pricing information for the C40 Recharge, and it will start at $59,845.
This makes it more costly than competitors like the Tesla Model Y and Ford Mustang Mach E, both of which provide more range than the C40 Recharge.
Production of the C40 Recharge is due to begin in the fall with deliveries starting in the fourth quarter of 2021.

Back in March Volvo showed off the C40 Recharge, an electric crossover based on the XC40 Recharge but with a sleeker, more coupe-like roofline. Pre-orders began when the C40 was revealed, with potential customers putting down a $500 deposit to reserve one, but the full price was not yet known. Now Volvo has announced that the 2022 C40 Recharge will start at $59,845, excluding any federal tax credits for electric vehicles that buyers might qualify for.

Although its boxier 2022 XC40 Recharge sibling will come in both Plus and Ultimate trims, the C40 will only be available as the more luxurious Ultimate model. It features a panoramic moonroof, premium audio system, 360-degree camera, and other standard goodies. All of Volvo’s 2022 EVs arrive with 250.0 kWh of free charging via Electrify America’s network which must be used within the first three years of ownership. Customers are then eligible to have Volvo cover the membership fees of Electrify America’s Pass+ program for one year.

The C40 Recharge is set to compete against EVs like the Tesla Model Y and the Ford Mustang Mach E, the winner of our EV of the Year award.

The Tesla has the most range, with the EPA estimating between 303 and 326 miles depending on the battery, while the Mach E gets between 211 and 305 miles of range. The C40 lags behind a bit on range, only coming with a 75.0-kWh battery pack good for a claimed range of 210 miles. The C40 Recharge will also be pricier than its competitors, with the cheapest Model Y coming in at $53,190 and the Mach E starting at $43,995.

Production of the C40 Recharge will start in the fall at Volvo’s factory in Ghent, Belgium, with the company targeting deliveries to American customers during the fourth quarter of this year.