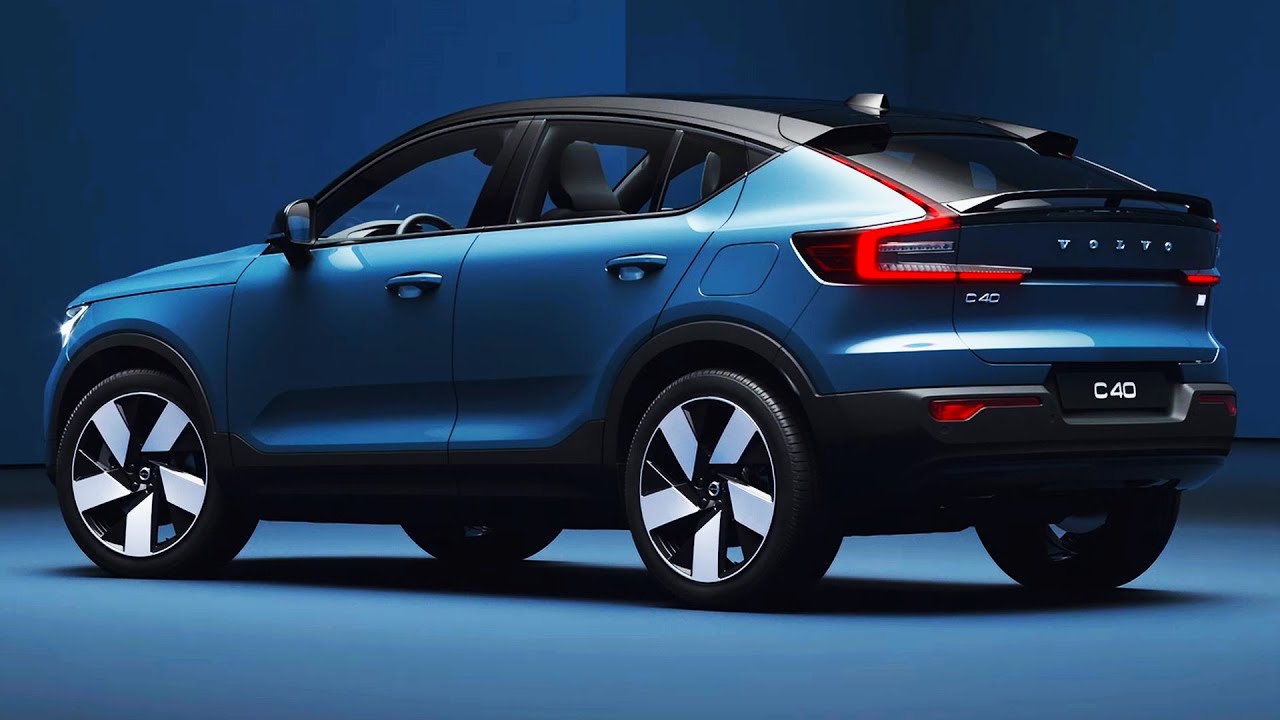 2022 Volvo C40 Recharge – Interior, Exterior and User Experience. In many ways, the Volvo C40 Recharge represents the future of Volvo Cars: it is the first Volvo model in history designed as pure electric only, and will be offered online with a convenient Care offer. Its SUV elements and benefits combined with a lower profile means that Volvo Cars also enters a new segment – and it does so with cutting-edge design and features not previously seen on Volvo cars.

“The C40 is a car that symbolises electrification and delivers on it,” says Robin Page, head of design at Volvo Cars. “It has the personality of the XC40, which proved to be attractive to many, but it’s dialled up even more through its dynamic expression and sleek profile. It’s a really attractive product for people who are looking for the easy-to-live-with aspects of an SUV with more of a modern statement.”
Built upon the fundamental building blocks of the XC40, the C40 gives the same sense of power and strong character as its sibling while adding athleticism and lightness. This idea of breaking new ground with something familiar is mirrored in individual details: the signature Thor’s Hammer headlights are augmented with new pixel LEDs, which automatically adjust to light conditions and switch on and off independently to optimise the light pattern. The equally emblematic vertical rear lights are now segmented, providing a testament to the engineering challenge of extending one big lamp along the roof line, while also creating a modern take on a classic design.

Volvo says the C40 is its first EV to have a completely leather-free interior, and it’ll be available with unique color and trim options, but otherwise the inside looks largely the same as the XC40’s. It’s got a minimalist design with a digital gauge cluster and a large central touchscreen, and don’t worry — the C30 still has that cool felt carpeting. The C40 will use Volvo’s new Android Automotive–based infotainment system, which is one of our favorites on the market and allows for over-the-air updates. And as the XC40 already has a slightly sloping hatch, the C40’s total cargo volume is only slightly smaller.

The C40 Recharge’s powertrain is identical to that of the XC40 Recharge. There’s a 78-kWh battery pack and an electric motor at each axle, with a total output of 402 horsepower and 486 pound-feet of torque. Volvo’s claimed 0-to-60-mph time of 4.7 seconds is identical to the XC40’s, as is its 112-mph top speed. The EPA hasn’t rated the C40 yet, with Volvo estimating a 210-mile range; the XC40 Recharge is rated by the EPA at 208 miles, and it would make sense for the sleeker C40 to get a slightly better rating. The C40 can get an 80% charge in 40 minutes when plugged into a DC fast charger.

The C40 is part of Volvo’s push to be fully electric by 2030, with the aim for half of its cars to be EVs by 2025 and the other half hybrids. Volvo says the C40 will help triple production at the Belgium plant by 2022, at which point 60% of the factory’s production will be EVs. A new Volvo EV will debut every year by 2025, with the next one after the C40 set to be the next-gen XC90 SUV.