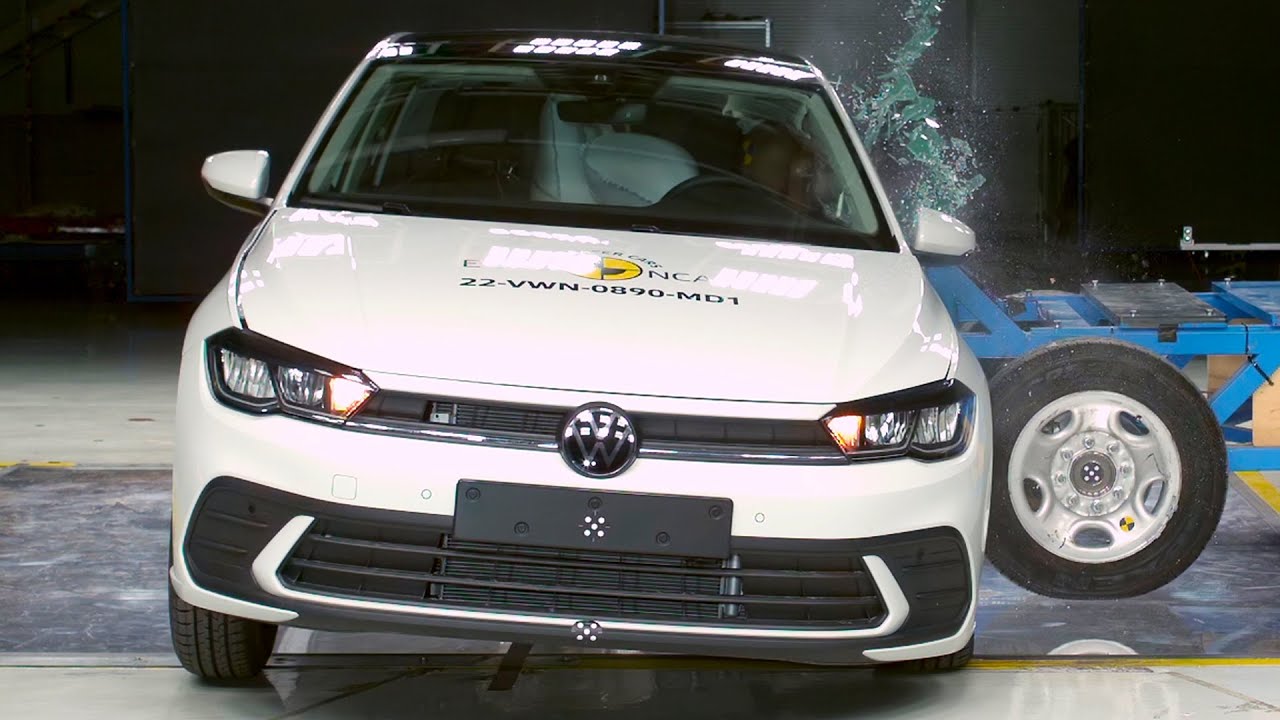 2022 Vw Polo – Crash Test & Safety Rating / Safe Small Car. The new-gen Polo available for sale across Europe has surpassed its predecessor and scored an impressive 5-star safety rating at Euro NCAP. The supermini scored 35.9 points out of 38 in adult occupancy protection which translates to 94 percent. On the other hand, child occupant protection in the sporty hatch stood at 80 percent since a total of 39.5 points were scored out of 49 in this category.

Polo secured 19.5 points out of 24 in the crash test performance based on six- and ten-year-old children which involved a frontal impact as well as side-impact crash tests. The compact hatch scored 8 points out of 13 as far as safety equipment is concerned.

The overall safety for vulnerable road users was rated adequate at 70 percent after Polo scored 38 out of 54 points which involved pedestrians as well as cyclists. As far as safety assist is concerned, the premium hatch scored 70 percent of the points. This category was further divided into subsections like Occupant Status Monitoring and Lane Support which received a Good rating whereas AEB car-to-car received an Adequate rating.