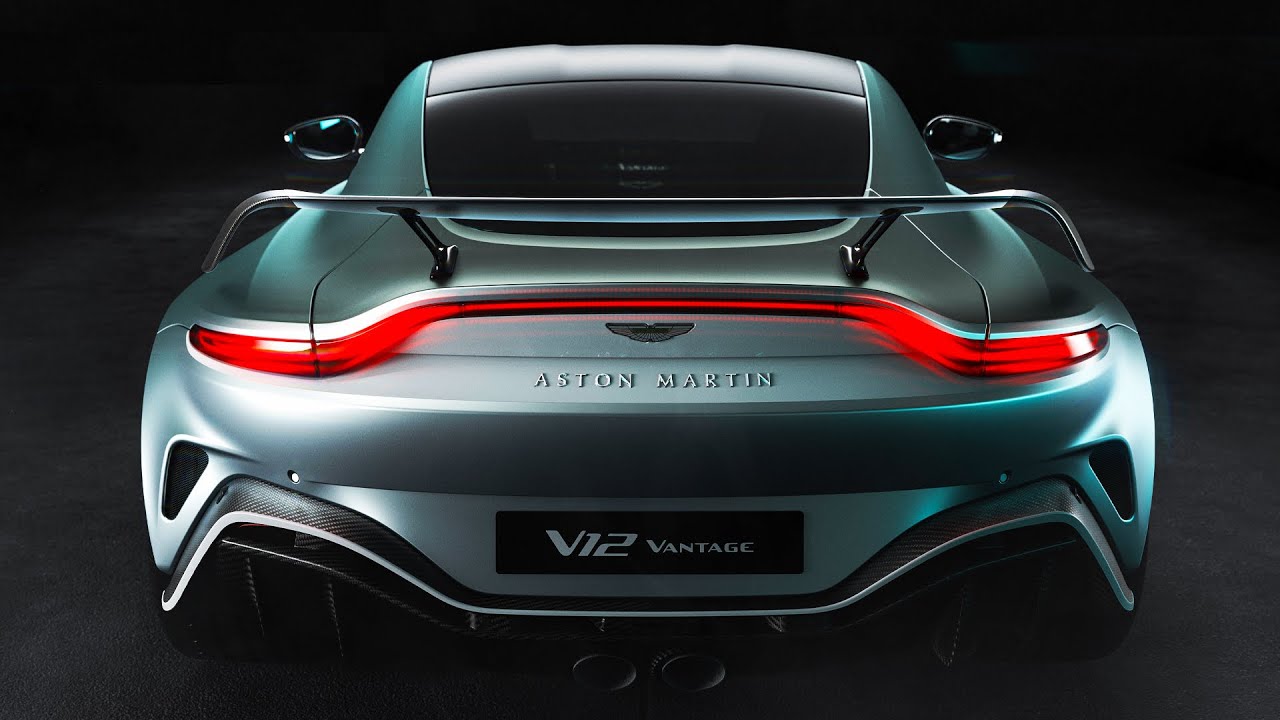 To give V12 power in the Vantage a worthy send-off, Aston Martin has thoroughly modified its entry-level sports car, creating the fastest and most powerful road-going Vantage ever.

Unsurprisingly it makes use of the 5.2-litre twin-turbo V12 also found in the larger DB11 and the DBS Superleggera. In the new V12 Vantage, it is tuned to deliver 690bhp and ​​753Nm of torque (identical figures to the new Vantage-derived V12 Speedster). With this much power, Aston claims that the V12 Vantage will be able to sprint from 0-62mph in 3.5 seconds and reach a top speed of 200mph. For comparison, the 503bhp V8 Vantage will go from 0-62mph in 3.6 seconds before topping out at 195mph, but without the all-important V12 soundtrack of the newcomer.

Power is sent through a specially-calibrated ZF eight-speed automatic transmission to the rear wheels only, in contrast to the all-wheel-drive Porsche 911 Turbo S that this car counts as a key rival. The V12 Vantage has also been given some choice chassis upgrades to cope with the extra grunt and weight of the 12-cylinder engine. These include new adaptive dampers, revised anti-roll bars, stiffer spring rates, standard carbon ceramic brakes and Michelin Pilot 4S tyres wrapped over a new design of 21-inch wheels. Aston Martin says the steering has also been changed to deliver a sharper response.

To incorporate a wider track, plus the need for more cooling and downforce, we see the V12 Vantage has received plenty of exterior tweaks. The body has been widened by 40mm and Aston Martin says it has ‘employed extensive use of carbon fibre’ in the new design, in order to reduce weight and offset the additional heft of the larger engine. Weight saving measures include a new carbon fibre front bumper and clamshell bonnet, while there’s also composite front wings and side sills, rear bumper and deck lid, a new lightweight battery and a new centre-mounted twin-exit exhaust system, which saves 7.2kg over the V8 Vantage’s exhaust.

We can see a larger grille similar to the Vantage F1 Edition as well as bigger vent in the front wing and a new ‘horseshoe’ engine vent integrated into the bonnet which should all help improve cooling to that big V12 engine.

Aston Martin says the V12 Vantage can produce 204kg of downforce at its top speed and this has been achieved by adding a new front splitter, unique rear bumper and diffuser along with a fixed rear wing. There’s also an option for customers to delete the rear wing for a sleeker look. Protruding out of the diffuser we see a new exhaust system which saves 7.2kg over the regular V8 Vantage.

Inside, the V12 Vantage is set apart from the standard car with carbon fibre seats coupled with woven leather or Alcantara seat inserts, a carbon fibre steering wheel with carbon paddle shifters and an exposed rear strut brace. The Mercedes-derived infotainment system still sits in the middle of the dash.

Aston Martin points out that customers can create a unique V12 Vantage as the car will be subject to its bespoke personalisation service ‘Q by Aston Martin’. This means the availability of bespoke paint finishes, interior trims and even exterior graphics.

Production of the new V12 Vantage has been limited to just 333 units and while there’s no word on pricing, all have been sold ahead of the release. First deliveries are expected to begin in April 2022.