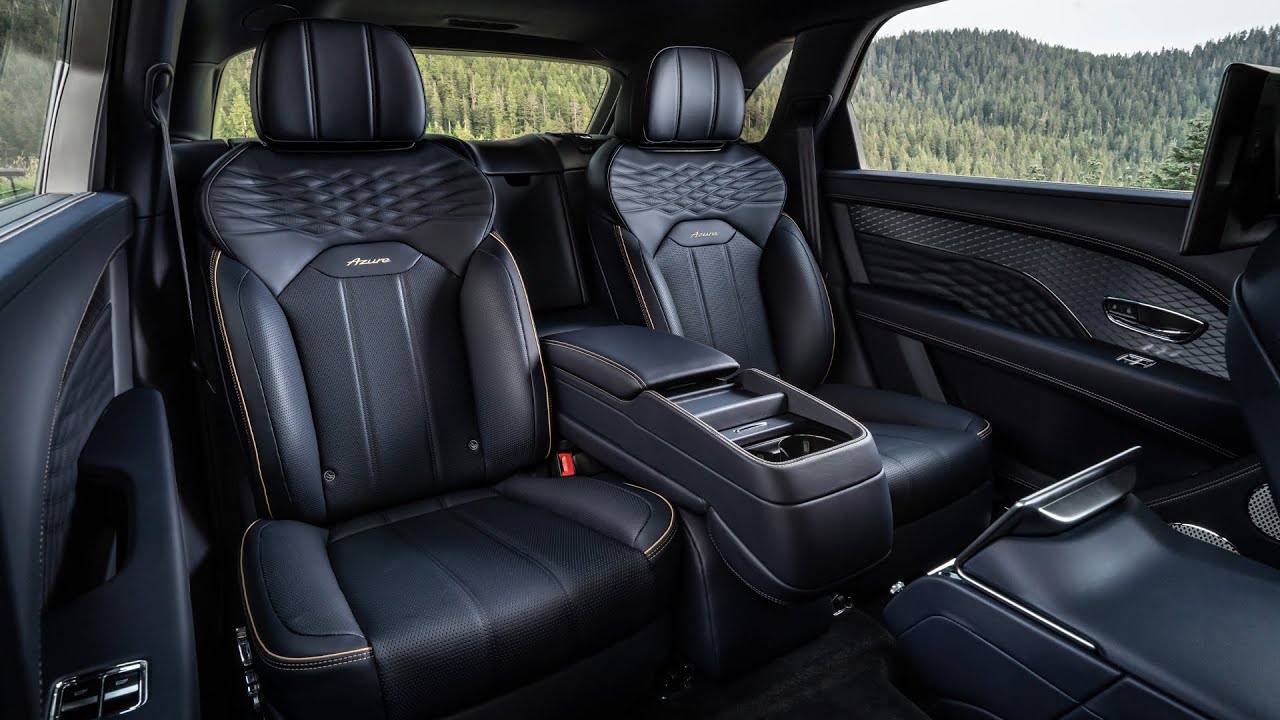 2023 Bentley Bentayga EWB Azure Interior – The pinnacle of SUV Luxury. Bentley’s new elongated version of its popular Bentayga SUV doesn’t really stick out on the crowded streets of one of the most expensive cities in North America, dotted as they are with exotic supercars and luxury sedans all waiting side-by-side in traffic.

It’s not necessarily supposed to. Since its introduction in late 2015, the Bentayga — the British-built-but-German-owned luxury brand’s top-selling model — has consistently concentrated more on its interior refinements than on drawing stares from onlookers as it passed.

The 2023 Bentley Bentayga EWB, for extended wheelbase, doubles down on that strategy, adding 7 inches of length, all in the second row. More than just a stretch exercise, Bentley says the additional rear legroom required developing 2,500 new parts, while the addition of four-wheel steering meant that the longer version actually has a tighter turning radius than does the original Bentayga.

Virtually identical from the B-pillar forward, both Bentaygas come standard with a 4.0-liter twin-turbo V-8 mated to an eight-speed transmission, producing 535 hp and up to 568 pound-feet of torque. The EWB will accelerate from 0 to 60 mph in 4.5 seconds, Bentley says, and has a maximum speed of 180 mph. The optional hybrid available on the standard Bentayga is not yet available on the lengthened version, however.

The bespoke automaker allows for second-row seating to come either as a three-across bench, a convertible version with a fold-down center console for rear passengers, or a two-seat configuration with a full center console. Bentley also touts what it calls its “airline seats” in the rear, with “22-way adjustment” and automated climate controls that engage to regulate surface body temperatures across the seat, and gently shift position to reduce fatigue over long journeys.

Pricing for the Bentayga EWB in the U.S. will start at $229,625, including delivery, a $30,900 premium over the starting price of the standard Bentayga.

As it does with all of its models, Bentley allows customers to configure the Bentayga EWB in myriad ways both internally and externally, resulting in what it says is over 24 billion possible combinations. Globally, the Bentayga accounts for about 40 percent of the brand’s global sales, and brand executives believe that the Bentayga EWB will account for about 45 percent of Bentayga orders.