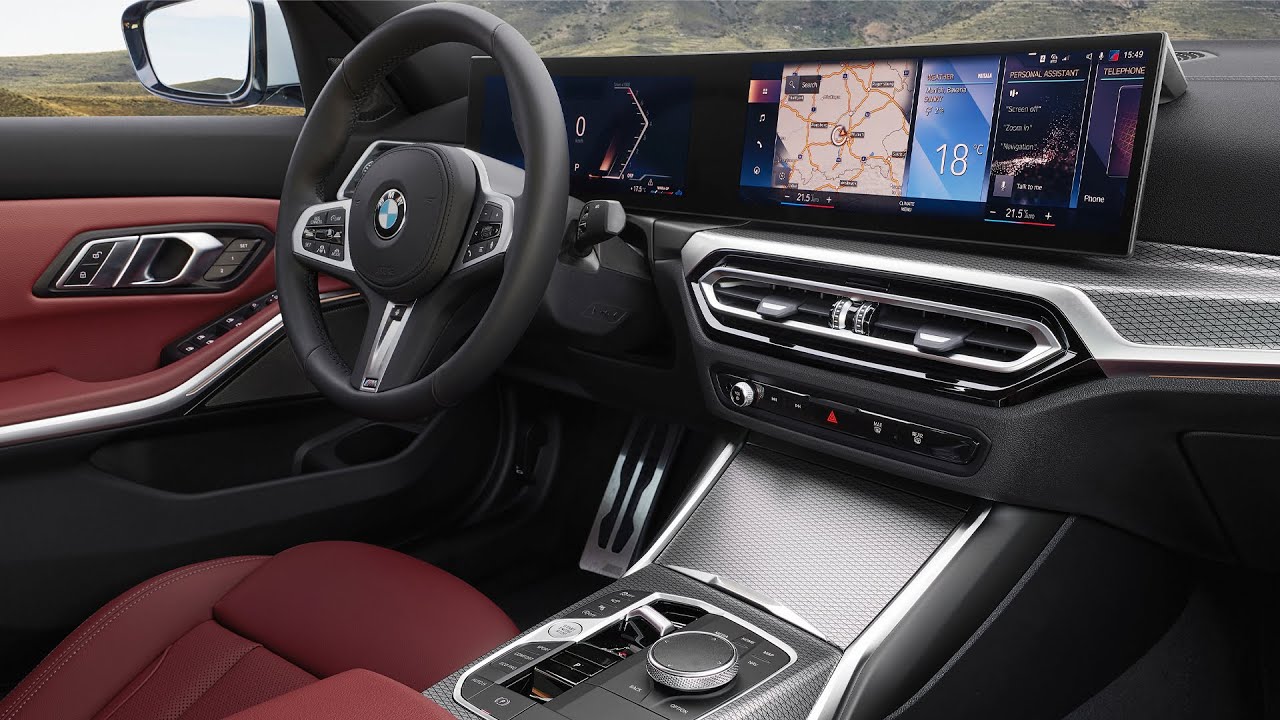 2023 BMW 3 Series facelift – Interior, Exterior and Driving. Few vehicles are as important in BMW’s lineup as the enduring 3 Series. There’s a refreshed model for 2023 striving to keep it competitive in the luxury sports sedan segment, offering a few changes on the outside offset by a substantial interior update. Additional technology in the form of BMW’s iDrive 8 Operating System makes the most of the sedan’s new cockpit.

Let’s take a quick look at what’s new on the outside. Considering recent BMW vehicle debuts, one might view the 2023 3 Series refresh as rather conservative. You won’t find split headlights or a deep-drive grille, though the lower grille on the fascia is bigger. The corner vents are redesigned with a distinctive L shape, which is mirrored in the LED elements of the new headlights. The notches on the bottom of the lenses are gone, with the corresponding sharp body lines on the fascia significantly toned down. The kidney grille is a bit wider, and the overall result is a cleaner face versus the outgoing model.

You’ll find a similar motif at the rear, though far less dramatic. Taillights retain their overall shape but are slightly thinner. The redesigned rear fascia incorporates more L shapes with vertically-oriented reflectors set into black housings. They taper downward, meeting at the base with exhaust outlets on each side. Other exterior touches include special retro-style BMW Motorsport roundels on the hood, trunk, and wheel caps for M340i models, honoring the 50th anniversary of BMW M.

The big news for this refresh comes inside with a glass dash makeover, and it’s far from conservative. As expected, the 3 Series gains a massive curved display that seamlessly blends the driver instrument panel with the center infotainment screen. The driver gets 12.3 inches of digital real estate for vital information, with a 14.9-inch screen holding station in the middle. The glass cockpit required changes to the central dash, where you’ll find slimmer vents and relocated climate control functions. Moving to the center console, the shift selector for the eight-speed automatic transmission is now replaced with a much smaller toggle lever.

Along with the snazzy new greenhouse comes more tech, specifically with the sedan’s iDrive system now running OS 8. BMW says the graphics and menu structure incorporates a smartphone-style appearance, with functionality making more use of voice commands. There are more digital features for driver and passengers to access, including the cloud-based BMW Maps navigation system, which is standard in all 2023 3 Series models. 5G connectivity is also available, with up to 10 digital devices able to connect and use it.

Under the skin, you’ll find the same powertrain options from the outgoing 3 Series. That includes the turbocharged 2.0-liter four-cylinder engine in the base 330i, making 255 horsepower. It’s paired with electricity in the 330e plug-in hybrid for 288 combined hp. The M340i ups the ante with BMW’s turbocharged 3.0-liter I6 making 382 hp. The 330e and M340i are available with the automaker’s xDrive all-wheel-drive system, and for 2023, 18-inch wheels are standard across the board.