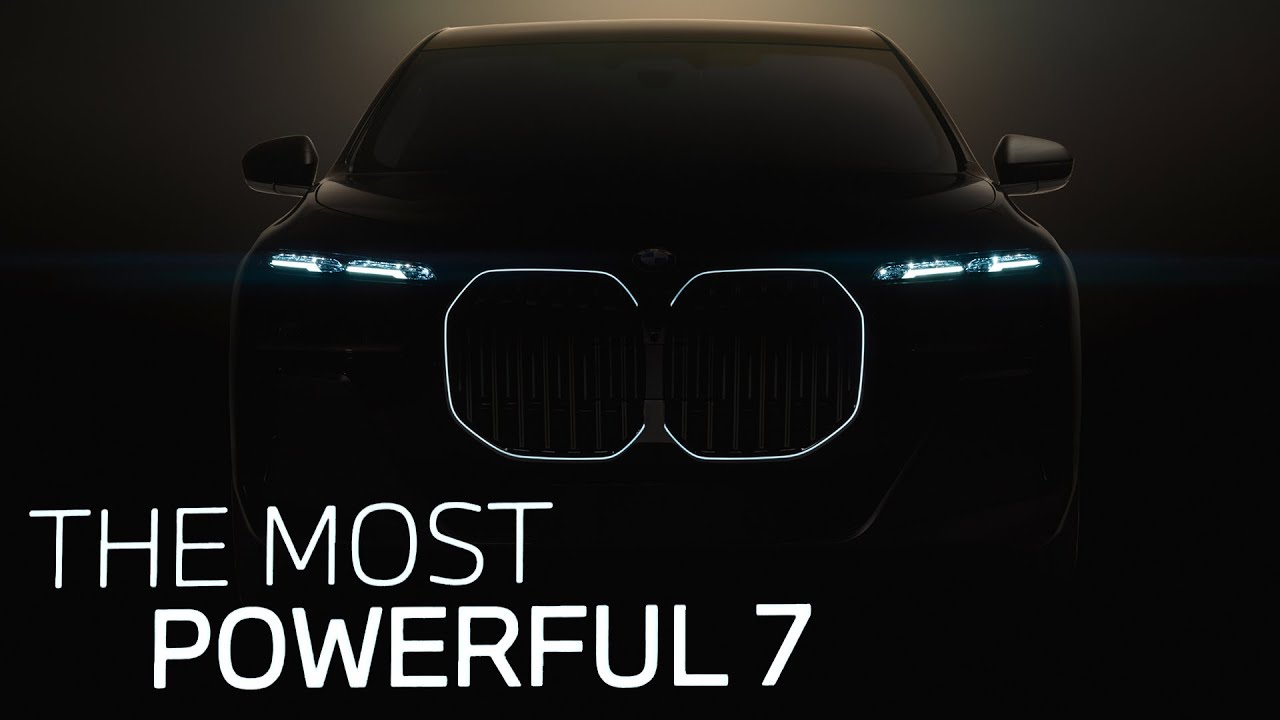 2023 BMW 7 Series (BMW i7) A fully electric Luxury Sedan. BMW CEO Oliver Zipse took the stage during the BMW Group Annual Conference to announce when the 7 Series and i7 will finally break cover. In addition, the fullsize luxobarge was shown for the first time without any camouflage. Yes, the company’s flagship car will inherit the bold front kidney grille design from the Concept XM. It has an illuminated contour and is complemented by the backlit roundel.

The thin LED strip serves as the daytime running lights since the main clusters are located lower on the bumper. We’ve seen this look on the Concept XM already, and spy shots have revealed the X7 LCI will adopt the same unconventional layout. Flush door handles that electronically pop out are also noticeable in the BMW i7 and they’re likely similar to those of the iX.

Elsewhere, the video played during the conference also showed the interior for a brief moment. We get to see not only the iDrive 8 with the dual screens, but also the 31-inch, 8K-compatible Theatre Screen in the back. The familiar crystal finish has been implemented in the dashboard of the i7 where it’s illuminated by the ambient lighting. Speaking of which, there are LED light threads that can be individually adjusted. Interestingly, there is an extra screen with built-in controls on the passenger side of the dash, called “Interaction Bar.” For its next-gen range topper, BMW has developed a new Sky Lounge panoramic glass roof.

Development boss Frank Weber confirms the BMW i7 will have over 600 hp, making it the most potent 7 Series. The unspecified battery pack will enable a maximum range of 379 miles (610 kilometers) in the WLTP cycle. For the US-spec i7, the company estimates a range of 305 miles (491 kilometers).

Additionally, he goes on to say the i7 supports Level 2+ autonomy and is technically capable to meet Level 3 requirements. In addition, the 7er will pave the way for cleaner gasoline and diesel powertrains. These combustion engines will arrive in anticipation of Euro 7 regulations expected later this decade.

Finally, BMW also teased the iX1 for the first time during the conference. It will arrive towards the end of the year and is going to be joined by the MINI Countryman EV. The compact crossovers will be made in Leipzig, the first German plant with two brands under the same roof.