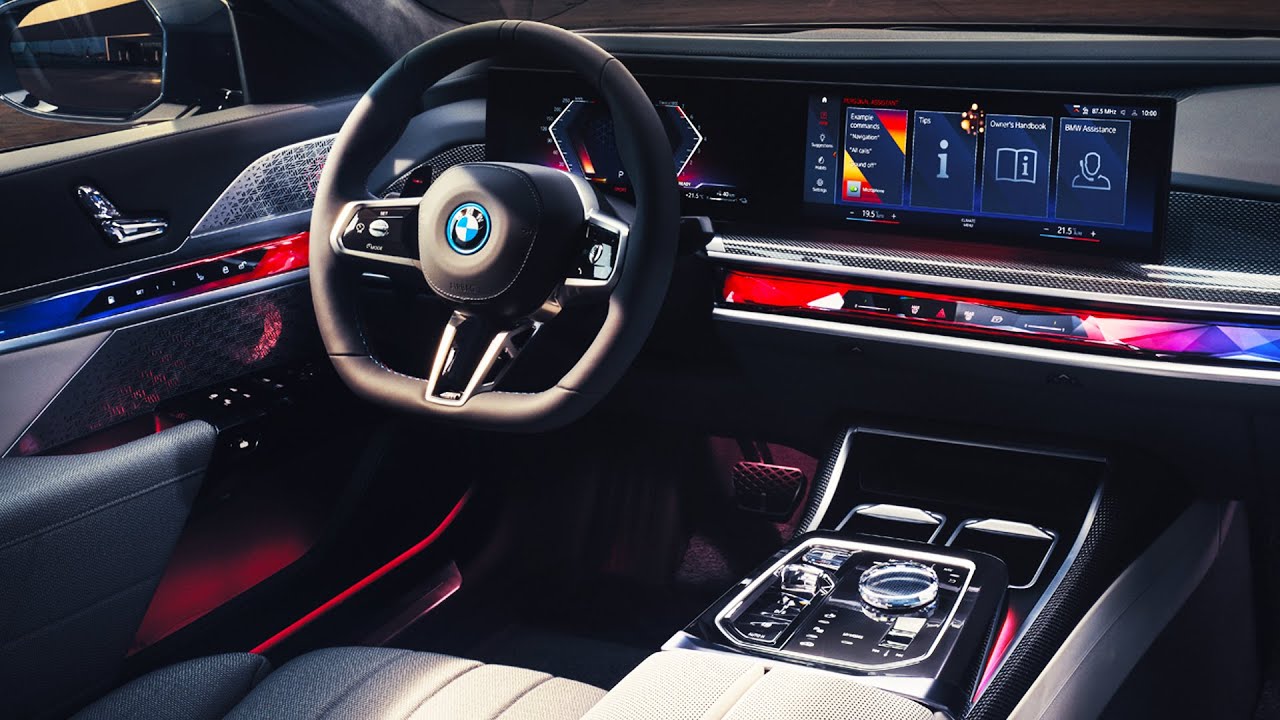 The battle in the luxury car segment kicks into high gear with the unveiling of the new G70 BMW 7 Series, which aims to take the fight to the latest W223 Mercedes-Benz S-Class. There’s that polarising new face that everyone’s talking about, but the car also gets several innovations that mark a significant generational leap for the nameplate, so let’s dive deep into them.

The new 7 Series is as much of a departure on the inside as it is on the outside. Front and centre is the curved widescreen display panel with a 12.3-inch digital instrument cluster and a 14.9-inch centre infotainment touchscreen, both taken from the iX. As with that car, the G70 runs on the new BMW Operating System 8 with large tiles, a customisable instrument layout and a new My Modes feature that controls not only the powertrain and chassis but also the display themes and several interior functions.

Among these is a Relax Mode that focuses on the wellbeing of the occupants and activates the seat massage function if fitted. The new Digital Art Mode, on the other hand, features art from Chinese artist Cao Fei; it will be offered starting from the spring of 2023.

The Intelligent Personal Assistant voice control now responds faster and can manipulate additional features, such as the driver assistance systems, the transparency of the optional Sky Lounge panoramic sunroof and the also-optional automatic powered doors. Rear occupants can also operate the system for the first time.

The operating system has several other new features, including faster and more accurate cloud-based BMW Maps navigation with augmented-reality directions, built-in YouTube functionality (for when the car is not being driven, of course), separate hands-free rear-seat telephony and 5G connectivity with a personal eSIM and dual-SIM functionality. The centre screen also integrates the functions for the standard four-zone automatic climate control, as is (unfortunately) the norm in more and more German cars.

Speaking of which, the air vents are now hidden, their usual space on the dashboard being taken up by a new Interaction Bar that spans around the entire front cabin. This multifaceted panel integrates the ambient lighting and touch controls for airflow, lights, powered doors and even the glovebox opening.

The redesigned flat-bottomed steering wheel (two-spoke for regular models, three-spoke with a hollowed-out third spoke for the M Sport models) was first seen in the new 2 Series Active Tourer, while the centre console with the transparent iDrive rotary controller (crystal version optional) and minimal gear selector toggle has been lifted from the iX. The central tunnel also houses twin cupholders, each with its own damped lid.

But the real magic happens at the back. The standard power-adjustable seats are wider than before and come with headrest speakers as standard, with the optional “multifunction” seats getting increased adjustment and ventilation and massage functions.

An Executive Lounge option adds up to 42.5 degrees of seat recline, a new gapless ottoman design, separate power adjustment for the neck cushions and a tilt-forward function for the front passenger seat. Also thrown in with the package is a large armrest with glass inserts and an integrated Qi wireless smartphone charger with cooling.

Screens galore in the back of the cabin, starting with a 5.5-inch control touchscreen housed in each door. But it’s the overhead display that grabs the headlines – a giant 31.3-inch 8K BMW Theatre Screen with integrated Amazon Fire TV, allowing a wide variety of streaming services to be accessed.

The deployment of the screen is accompanied by a startup sound created by renown Hollywood composer Hans Zimmer, who also designed the IconicSounds Electric for BMW’s zero-emission models. The blinds for the sunroof, side windows and rear windscreen are also deployed for the best viewing experience. A panoramic sunroof and an 18-speaker, 655-watt Bowers & Wilkins sound system come as standard.