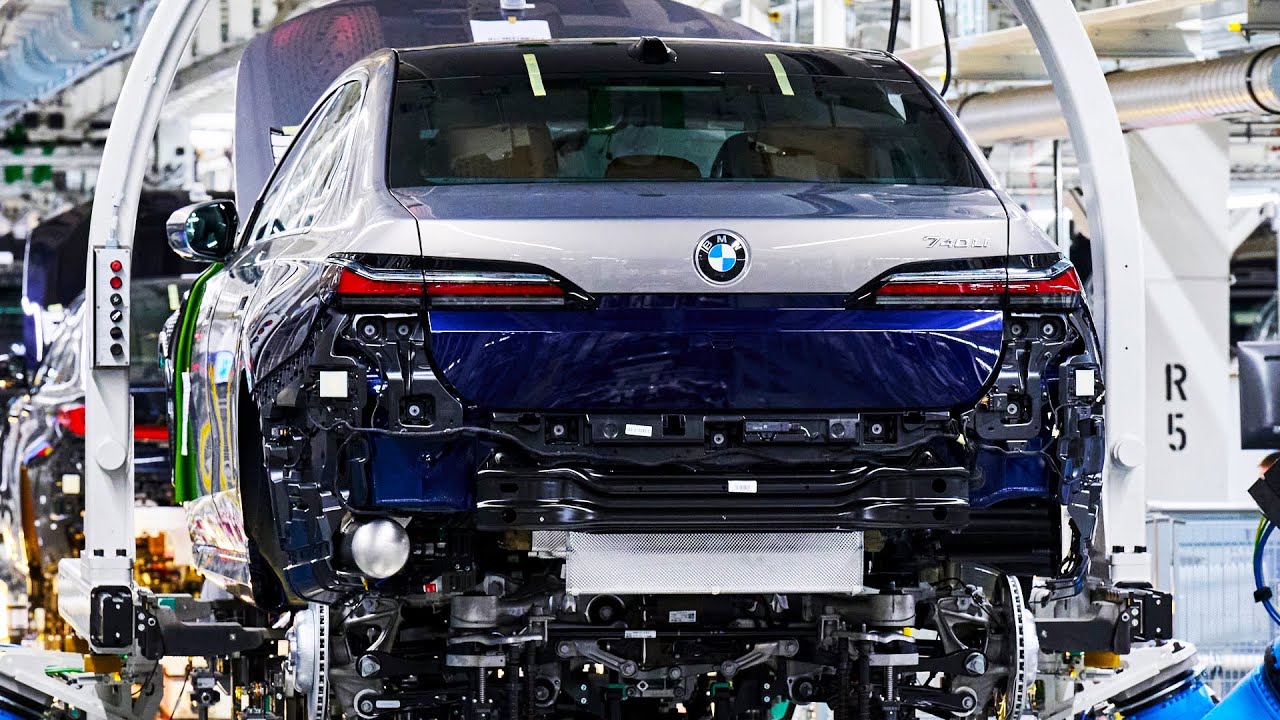 2023 BMW 7 Series Production Line / German Luxury Cars Factory. Today BMW kicks off production of the all-new 2023 7 Series at its plant in Dingolfing, Germany. The company’s flagship sedan hits the production lines with both combustion and fully electric powertrains with the versions sharing the same assembly lines. The factory in southern Bavaria is one of BMW’s more than 30 production sites around the world and is currently its largest in Europe. The new 7 shares the plant with the 4 Series, 5 Series, 6 Series, 7 Series, 8 Series, and iX. The annual output of the factory is close to 250,000 units.

To prepare the Dingolfing plant for the start of production of the 7 Series and i7, BMW invested more than €300 million (around $312 million at the current exchange rates). For the first time, the production process of the luxury sedan involves automated maneuvers within the production environment by just-assembled 7 Series vehicles. After delivering the very first examples used as demo vehicles by dealerships, BMW will begin delivering customer cars in the autumn of this year.

“Our new BMW 7 Series is the first luxury sedan in the world to offer customers a choice between three types of drive. Whether fully electric, combustion-powered or, soon, plug-in hybrid, we have the flexible production structures and outstanding integration skills we need to manufacture such a diverse range of drives efficiently,” Milan Nedeljkovic, BMW AG Board member for production, comments.

BMW used production shutdowns at the plant to convert the production lines previously responsible for the older generation 7 Series to manufacture its successor. The Bavarian automaker decided against building brand new structures and instead optimized the existing ones saving millions of dollars in the process. However, a special process has been established for the two-tone paint of the new 7 Series combining standard techniques from series production with manual painting from Dingolfing specialists.

The firm is also especially proud that it assembles the i7’s electric drive components in-house at Dingolfing. Some of these components include the battery and the integrated electric drive system, which are all manufactured nearby the Dingolfing plant at BMW’s Competence CEonter for e-Drive Production. Currently, the facility can produce components for more than 500,000 electric cars per year.

Video content :
0:00 Body Shop
1:52 Assembly
6:54 Quality Check
9:54 Automated driving
———
Hope you enjoy this video and leave your comment bellow. To stay up to date with alot of new Videos