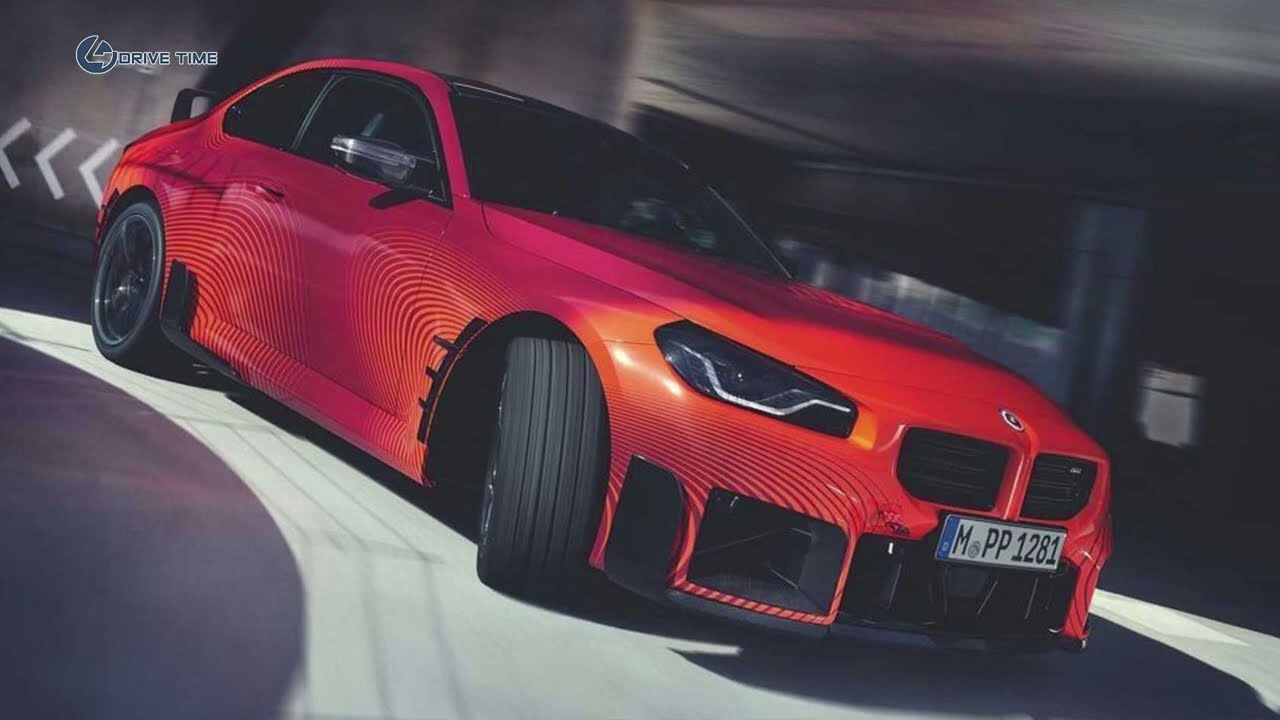 2023 BMW M2 G87 M Performance Parts – First Look. BMW is eager to show the new M2 decked out with the full array of M Performance Parts for an even more aggressive look. Shown here in M Toronto Red, the sports coupe has a meaner front end with a carbon fiber spoiler lip extending onto the sides of the bumper courtesy of chunky end plates. The square intakes seem to stick out more than they do on the standard G87 and you’ll also notice the 50 years of M anniversary emblems.

These official images depict Munich’s smallest M car equipped with numerous M Performance Parts lending the G87 an ultra-aggressive appearance. It can be optionally had with a rear wing mounted on the trunk lid, but look closer and you’ll notice there’s a roof-mounted spoiler as well for greater downforce. Well, maybe.

The center-mounted quad exhaust tips have been available for the latest M3 and M4 ever since the cars went on sale a few years ago. The new M3 Touring can be had with the same setup as well, and it looks just as striking here as it does on the larger BMW M models. Elsewhere, those square indentations in the rear bumper have been blacked out and the diffuser is made from carbon fiber.

Body decals with “M Performance” lettering are noticeable on the side profile where you’ll also spot the carbon mirror caps and bigger 20-inch front and 21-inch rear wheels. Both front and rear fenders have some add-on elements along with winglets on the side skirts. The square air intakes seem a tad large, although it’s likely an illusion caused by the generous use of carbon fiber around them.

There’s not much going on inside the cabin where the only upgrade we notice is the carbon fiber applied onto the steering wheel’s spokes as well as on the center console and dashboard. The BMW M2 seen here has the optional bucket seats and probably the car’s best feature – a six-speed manual gearbox (standard in the US but an extra €500 in Germany).

If you feel like these extras are a bit too much, which is totally understandable, you can skip them altogether. M Performance Parts remain optional goodies tailored to those who want to draw attention to themselves with flashy BMWs.