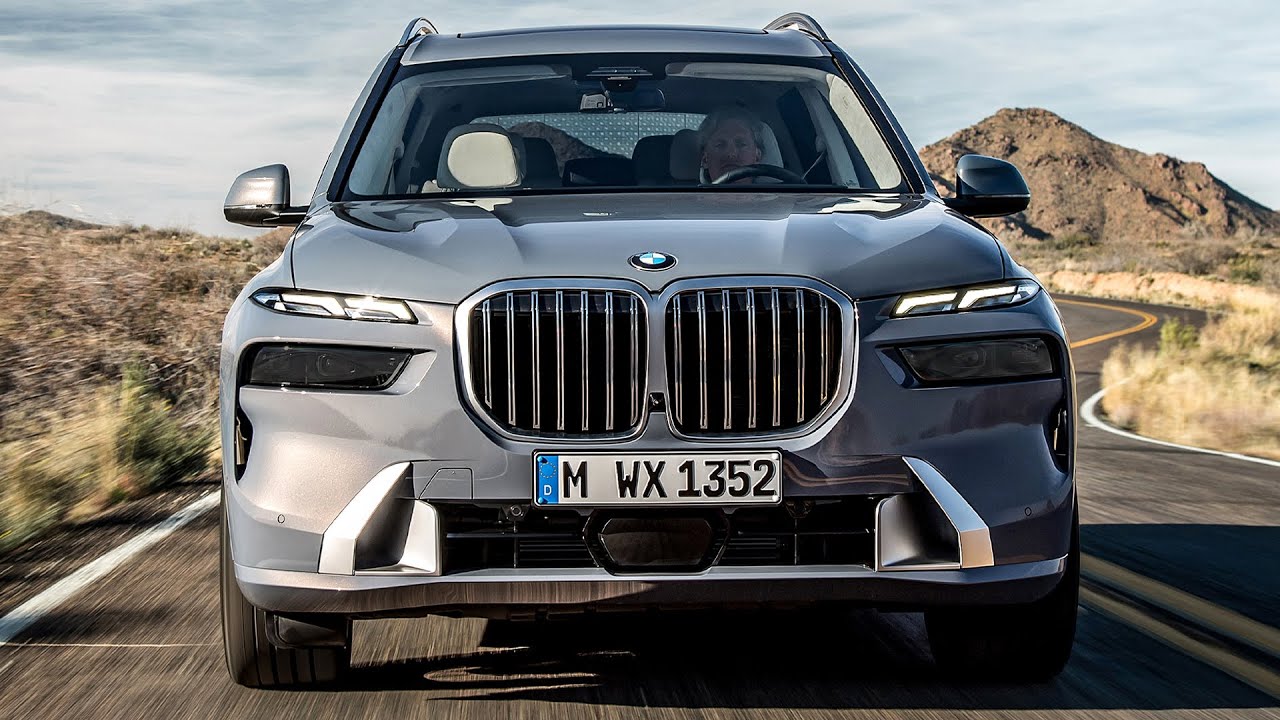 2023 BMW X7 facelift – Bavaria’s biggest, boldest SUV / All The Changes. BMW provided a video tour of the heavily facelifted X7. The three-row SUV is shown here in the xDrive40i specification with the Sparkling Copper Gray body paint. We can all agree the updates applied to the luxobarge are some of the most extensive ever done for a model’s Life Cycle Impulse.

Of course, we’re primarily referring to the fully redesigned front fascia with the polarizing headlights, which we’re being told give the X7 LCI a “high-tech appearance.” That’s up for each of us to decide, but we can all agree these modifications were unexpected. Well, at least until late last year when BMW unveiled the Concept XM’s to signal a radical front redesign for its largest models. While the 7 Series, X7 facelift, and the subsequent production XM have the split lights, many are happy to see the 8 Series LCI retains the one-piece clusters.

Interestingly, the video host says that while laser headlights are not available, a “new upgrade option is coming very soon.” In the meantime, the X7’s mighty grille can now be backlit to give the fullsize SUV an even more imposing look. The car shown here has the optional 23-inch wheels, which are the largest ever fitted on a production BMW.

At the back, the most notable change is the fancy side pattern for the LED taillights. In addition, the chrome strip on the tailgate can be had with a smoked glass effect. For the newly introduced X7 M60i xDrive, BMW has created a different quad exhaust system we will also see on the forthcoming X5 M60i and X6 M60i to replace the current M50i.

As with the 3 Series LCI, the X7 switches to the iDrive 8 infotainment with the 12.3-inch digital driver’s display and a 14.9-inch touchscreen housed within a single piece of curved glass. BMW has also installed ambient lighting onto the dashboard, extending from the center stack to the passenger side, complete with a large “X7” logo. In addition, the center console hosts the company’s small rocker switch replacing the old bulky gear lever while retaining the optional crystal look.

The video ends by demonstrating some of the X7’s clever features, like the advanced voice control system, digital key, and self-parking capabilities. We’re also being reminded air suspension on both axles is standard, while an off-road package is available for the xDrive40i and xDrive40d. As for the M60i, it gets rear-wheel steering and active roll stabilization to improve the behemoth’s dynamics.

What the mid-cycle update hasn’t brought is a plug-in hybrid powertrain, which isn’t all too surprising since the Mercedes GLS also doesn’t come with a charging port. Those who want a similarly sized vehicle can go for the iX and EQS SUV.