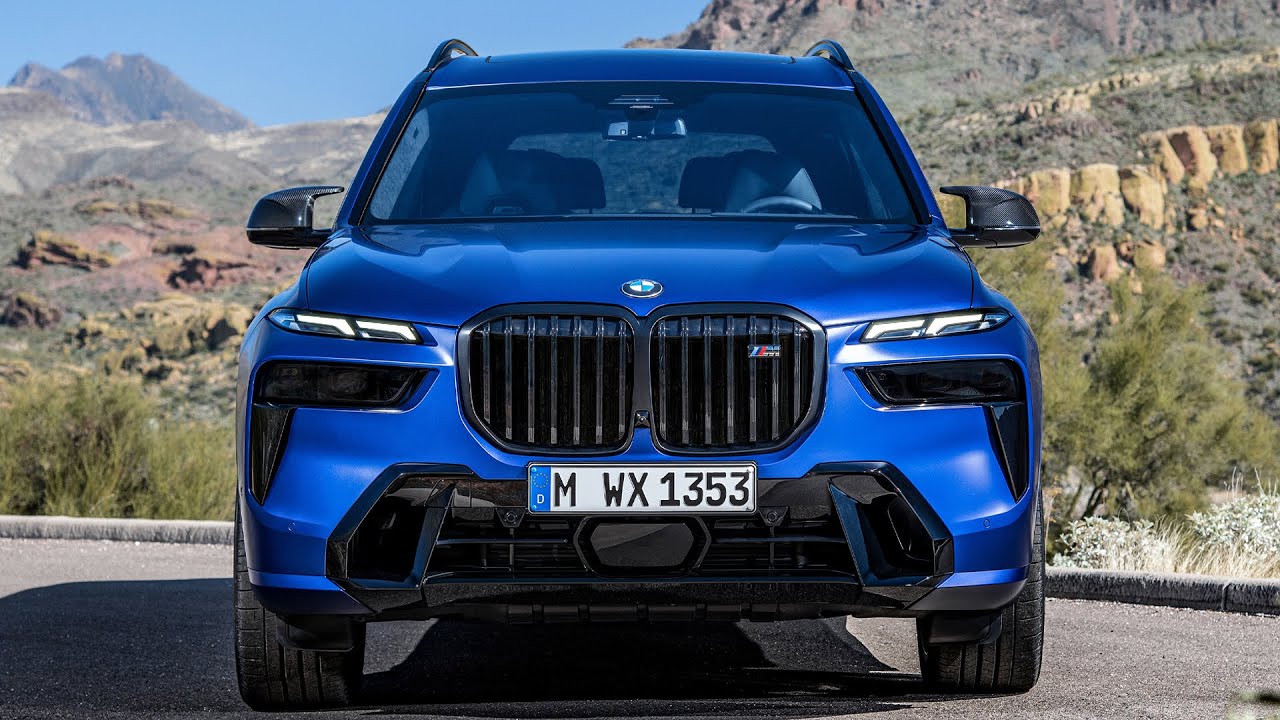 2023 BMW X7 M60i – Exterior, Interior and Driving / Luxury Performance SUV. The X7 has been subjected to one of the most radical facelifts in recent BMW history, bringing a completely redesigned front fascia and a revamped dashboard, among others. Not only that, but the M Performance version is no longer known as the M50i since there’s a new engine under the hood. Still a twin-turbo 4.4-liter V8, the powertrain uses mild-hybrid tech and is offered on the new-for-2023 M60i.

The performance SUV built in Spartanburg, South Carolina has completed the journey to BMW of Mountain View in California. It has quite a few boxes on the options list ticked since the luxobarge retails for $112,495 once you include the $995 destination charges. That Alpine White paint doesn’t cost you extra, nor do the 22-inch black alloy wheels. However, the Ivory White / Atlas Grey Full Merino leather interior is available for a steep $2,700 while the Climate Control Package is another $1,600. The latter bundles front and rear heated seats with five-zone automatic climate control.

If you want the blacked-out kidney grille and blue brake calipers, BMW is charging $300 for the M Sport Package Pro. A far more expensive option is the Driving Assistance Professional Package worth $1,700 which comes together with the Active Driving Assistant Pro. Miscellaneous items include the trailer hitch ($600) and the fancy glass controls ($650), while the second-row captain’s chairs are $850.

Being the M Performance version, this six-seat X7 gets an illuminated M graphic on the passenger side of the dashboard. If you stick to the regular xDrive40i model, the “world’s most powerful letter” is replaced by a less flashy X7 logo. The gear selector is also new for 2023 and much smaller than before in a bid to declutter the lower section of the center console.

Many of these changes are expected to trickle down to the X5 and X6, which are both set to receive their Life Cycle Impulses next year. As seen on their bigger brother, the two SUVs will get M60i versions using the S68 engine that BMW also plans to install in the full-fat M models. The iDrive 8 is also coming, but not the split headlights as spy shots have revealed the smaller SUVs will stick to unified lights.