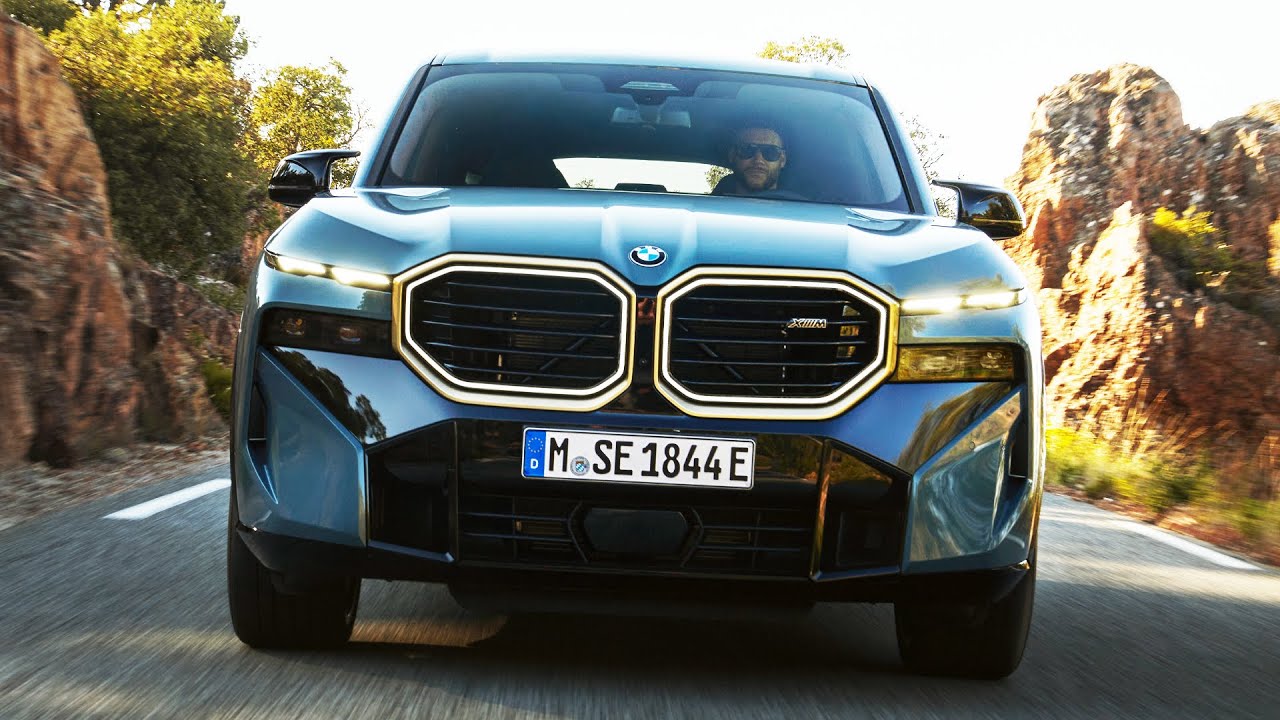 2023 BMW XM – Ultimate Performance Super-SUV / M’s New Flagship. BMW M is best known for sports sedans like the M3 and M5. But the performance division is going in many new directions as of late, and the new 2023 XM combines many of these fresh elements in a single vehicle—fitting, as this is meant to be M’s new flagship. As an SUV that’s available exclusively as an M, the XM also introduces a new plug-in-hybrid powertrain that’s the first hybrid ever to wear the M badge. The concept version of the XM proved controversial when it made its debut last year, and now we have all the details on the production version that’s slated to go on sale in the U.S. in the first quarter of 2023.

The XM’s powertrain consists of a twin-turbo 4.4-liter V-8 combined with an electric motor integrated into the eight-speed automatic transmission. There’s also a 25.7-kWh battery pack that enables an estimated electric driving range of 30 miles. Total output sits at 644 horsepower and 590 pound-feet of torque, and there will be an even more powerful Label Red version coming later on with a claimed 735 hp and 735 pound-feet. This makes the XM the most powerful current production BMW—and it’ll need all that grunt to move around its 6062 pound mass.

Were it not an M exclusive, the XM might otherwise wear the X8 designation. It’s considerably larger than both the X5 and X6, but smaller than the three-row X7, much like the relationship between Audi’s Q7 and Q8 SUVs. The XM is a two-row model with five seats, and its interior features many of the wilder design elements seen on the concept version. A two-tone blue and brown leather color scheme is available, and the brown “vintage” leather is meant to look aged. There’s also an interesting pattern in the headliner that’s accompanied by LED lighting elements that pulse when you receive a phone call or try to open the door when an object is sensed outside.

The exterior design is more angular and imposing than many of BMW’s other SUVs. The large kidney grilles up front are flanked by split headlights like those on the latest X7. A strong, accented character line rises along the side and kicks up at the rear doors as a nod to the classic BMW Hofmeister kink. There are BMW logos engraved into each upper corner of the rear window, and the aggressive-looking taillights wrap around the sides. Quad exhaust tips and diffuser elements give the rear bumper a racy look. 23-inch wheels are standard, but 22-inchers are optional, and BMW says the smaller size saves weight.

Adaptive dampers are standard equipment, as is an electronically controlled limited-slip rear differential and a rear-biased all-wheel-drive system. 48-volt active anti-roll bars are a feature new to BMW M, although the XM uses traditional steel springs rather than an air suspension. Our initial drive of a prototype XM earlier this year revealed a surprisingly engaging driving experience, largely thanks to the steering tuning, so we look forward to sampling the final version to see if the spry handling is preserved.

The XM will compete with other high-po SUVs such as the Audi RS Q8 and Mercedes-AMG GLE63, and is even aiming for higher targets including the Aston Martin DBX and Lamborghini Urus. It will start at $159,995, but options should add a considerable sum to that total, and the more powerful Label Red model will carry a sticker price of over $185,000. Like it or not, this super-SUV now represents the pinnacle of the M lineup, and it’ll start arriving at U.S. dealerships early next year.