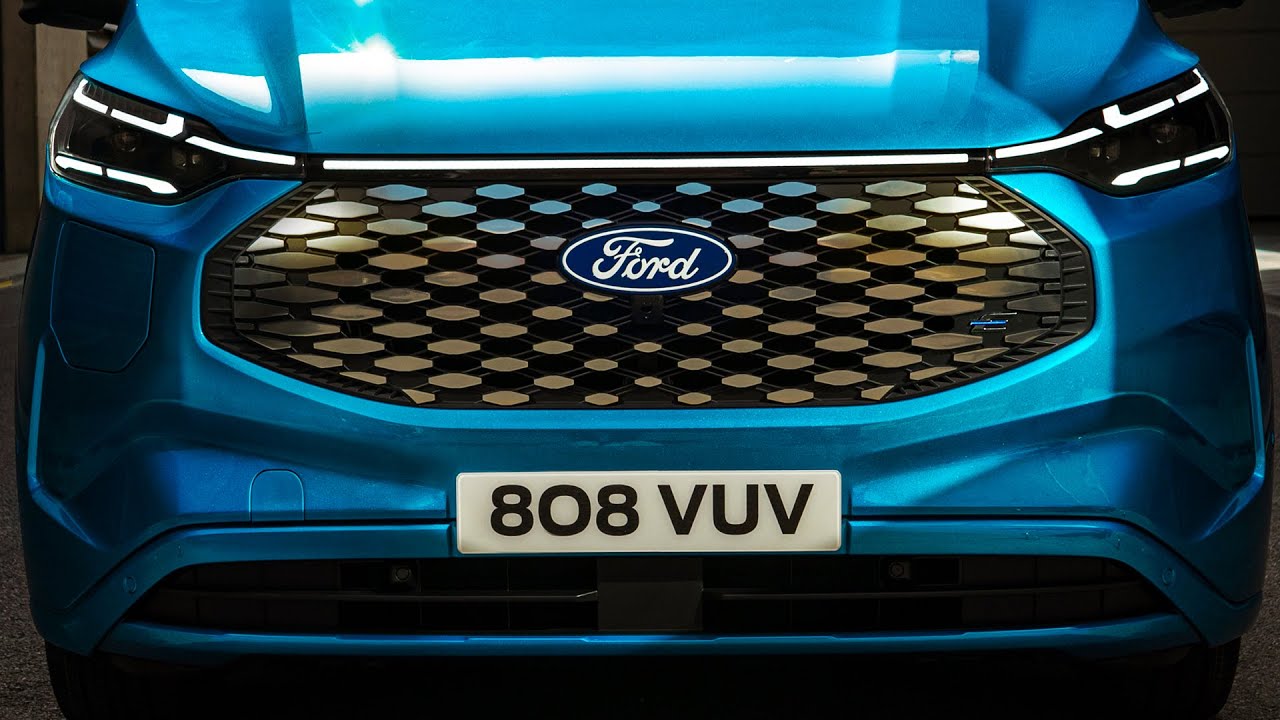 2023 Ford E-Transit Custom – Ford’s next electric van with 236 Mile Range. Ford Pro, the Blue Oval’s dedicated commercial arm founded in 2021, first teased its new electric workhorse in the second half of April. At that moment, most of us believed the LED light bar belonged to a Tourneo Custom without a combustion engine. However, that’s not actually the case as the EV in question is the E-Transit Custom, slotting below the bigger E-Transit.

Compared to the ICE-powered Transit Custom, the biggest changes have been applied at the front where the E-Transit Custom gets a shiny grille flanked by fully redesigned LED headlights. The right side of the bumper incorporates the charging port, while on the left side of the grille sits the “E” badge. The new graphics of the headlights are mirrored at the rear where the “E Transit” and “Custom” badges are blacked out.

Ford remains tight-lipped about the technical specifications, only saying the E-Transit Custom can cover up to 380 kilometers (236 miles) between charges. Bear in mind the range figure is not final, but rather the company’s estimation based on the WLTP cycle. It remains to be seen whether it will utilize the same 68-kWh battery pack as the E-Transit. We do know it supports DC fast charging, which in the case of its bigger brother translates to 115 kW.

Additional details will be released in September, and in the meantime, Autocar reports Ford Pro plans to sell the E-Transit Custom with the same 181- and 265-horsepower electric motors as seen in the E-Transit. Both are located at the rear axle and generate a virtually instant torque of 318 pound-feet (431 Newton-meters). That should translate to a 0 to 62 mph (100 km/h) run in less than seven seconds and a maximum speed of approximately 85 mph (137 km/h).

The British magazine also has it on good authority the E-Transit Custom is the next Ford to get the SYNC 4 infotainment system with a stately 12-inch screen to echo the bigger electric van. The battery pack will double as an energy source to power external devices courtesy of the vehicle-to-load charging functionality at up to 2.3 kW.

Although it’s being revealed today, production of the E-Transit Custom won’t commence until 2023. Assembly will take place at the Ford Otosan facility in Kocaeli, Turkey where an all-electric next-gen Volkswagen Transporter will also be built. This is the second out of a total of five EVs from Ford Pro to go on sale in Europe by 2024.

Source: Ford
———
Hope you enjoy this video and leave your comment bellow. To stay up to date with alot of new Videos