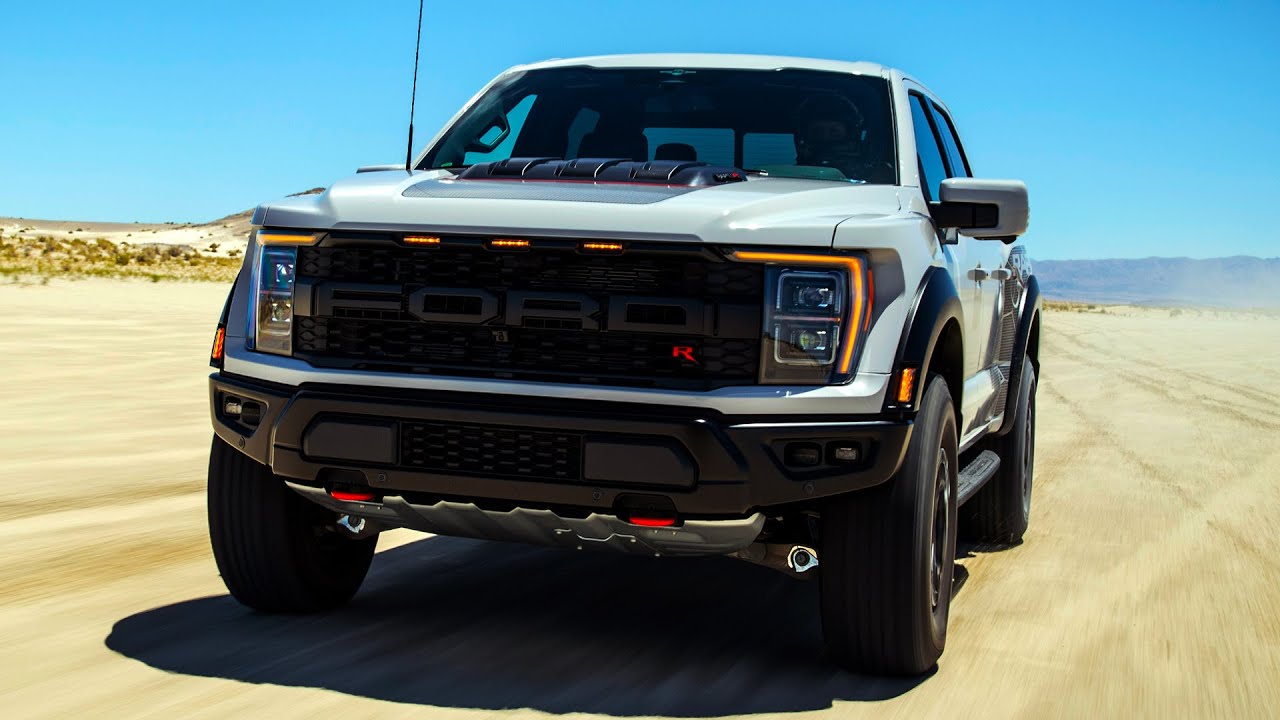 2023 Ford F-150 Raptor R – A 700 hp super truck Ready to Fight the Ram TRX. When Ford unveiled the third-generation F-150 Raptor more than a year ago, it was a bit of an anticlimax because we knew the main act was yet to come. The F-150 Raptor R is finally here in all of its supercharged V8 glory.

Ford confirmed an eight-cylinder Raptor and the rumor mill seemingly fell into two camps regarding which V8 would make its way under the hood. While some suggested the naturally aspirated 7.3-liter “Godzilla” pushrod, the winning bet was also the favorite: the supercharged 5.2-liter V8 from the Shelby GT500. But this is not the same V8 from Ford’s super pony.

Where the GT500 nets a whopping 760 horsepower (567 kilowatts) and 625 pound-feet (847 Newton-meters) of torque, Ford recalibrated and tweaked the “Predator” V8 for improved low- and mid-range performance. As a result, there’s 650 lb-ft (867 Nm) of torque with the Raptor R’s V8, and it’s all available from 4,250 rpm versus 5,000 rpms. The torque curve is on average more generous across the entire rev range, too.

Ford accomplished this by recalibrating the V8’s 2.65-liter supercharger and fitting a smaller pulley – 74 millimeters versus 80 in the GT500. But peak power falls to an even 700 ponies (522 kW) which the internet will spend the rest of this Raptor’s life noting is down on the 702-hp (523.4 kW) TRX.

How Ford will handle that inevitable narrative is up in the air, but Ford reps Motor1.com spoke to defiantly noted that the Raptor R weighs just 5,950 pounds (2,699 kilograms) – that’s only 100 pounds (45 kg) more than the V6 Raptor and a noteworthy 400 pounds (181 kg) less than the Ram TRX. So when your Mopar-loving buddy points out his truck’s two extra ponies, be sure to point out the Raptor R’s superior power-to-weight ratio. That’ll tell them.

Ford also made tweaks in the name of durability, with the supercharged V8 adopting a new oil cooler and filter, a deeper oil pan for aggressive grades, and a revised intake system with a wider air inlet. But conspicuous in its absence is the 5.2-liter V8’s usual partner, the Tremec-soruced dual-clutch transmission. Instead, the standard Raptor’s 10-speed automatic remains on duty complete with unchanged gear ratios – primary changes aimed to maintain reliability when paired to the torquier supercharged V8.

If you were expecting Ford to reinvent the wheel rather than just stick a big-ole V8 under the Raptor’s hood, of course, we have some bad news. Aside from slightly stiffer front springs to manage the engine’s extra weight, the ultra-capable suspension and array of driving modes are identical to the base Raptor. Ford is making 37-inch tires standard (they’re optional on the V6), so this will remain an incredibly capable vehicle on rough terrain, but don’t walk in expecting dramatic revisions for even more suspension capability.

More disappointing is the restraint Ford exercised with the interior and exterior. The power dome on the hood is an inch higher, and a new R badge adorns the bottom driver’s-side corner of the grille. That badge, along with the last R in the “Raptor” badges on the hood and tailgate, wears Ford’s distinctive Code Orange, which you’ll also find on the tow hooks and with the (thankfully optional) graphics. The wheel arches are painted black. In the cabin, black upholstery alternates between leather and Alcantara on the standard Recaro seats.

And the price for the Raptor R’s particular blend of madness? A staggering $109,145. Yes, the base price of this half-ton truck has blown past the six-figure barrier. But before anyone marches on Dearborn demanding the head of a Ford accountant, keep in mind that the Raptor R’s price tag includes every option on the base Raptor except for premium paint and a sunroof. That includes the 37s and beadlock-capable wheels, all the active safety gear, the most powerful audio system, the richest interior complete with standard carbon-fiber trim, and a 700-hp V8.

Life is marginally better with the TRX, which starts at just over $80,000, but the option catalog demands $20,000 to match the equipment level on the Raptor R. That $10,000 gap between loaded TRX and standard Raptor R might seem huge, but if you have the money to buy and fuel a 700-hp off-road pickup truck, what’s $10K?

The 2023 Ford F-150 Raptor R will arrive in dealers later this year and we can promise there will be much, much more on this truck in the coming months. For now, rest easy knowing that Ford has finally picked up the gauntlet Ram threw down with the TRX. 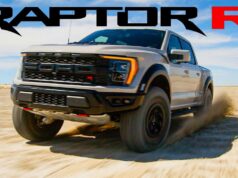 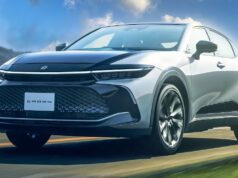 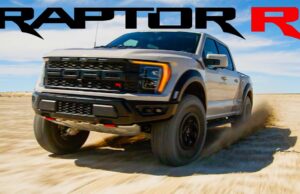