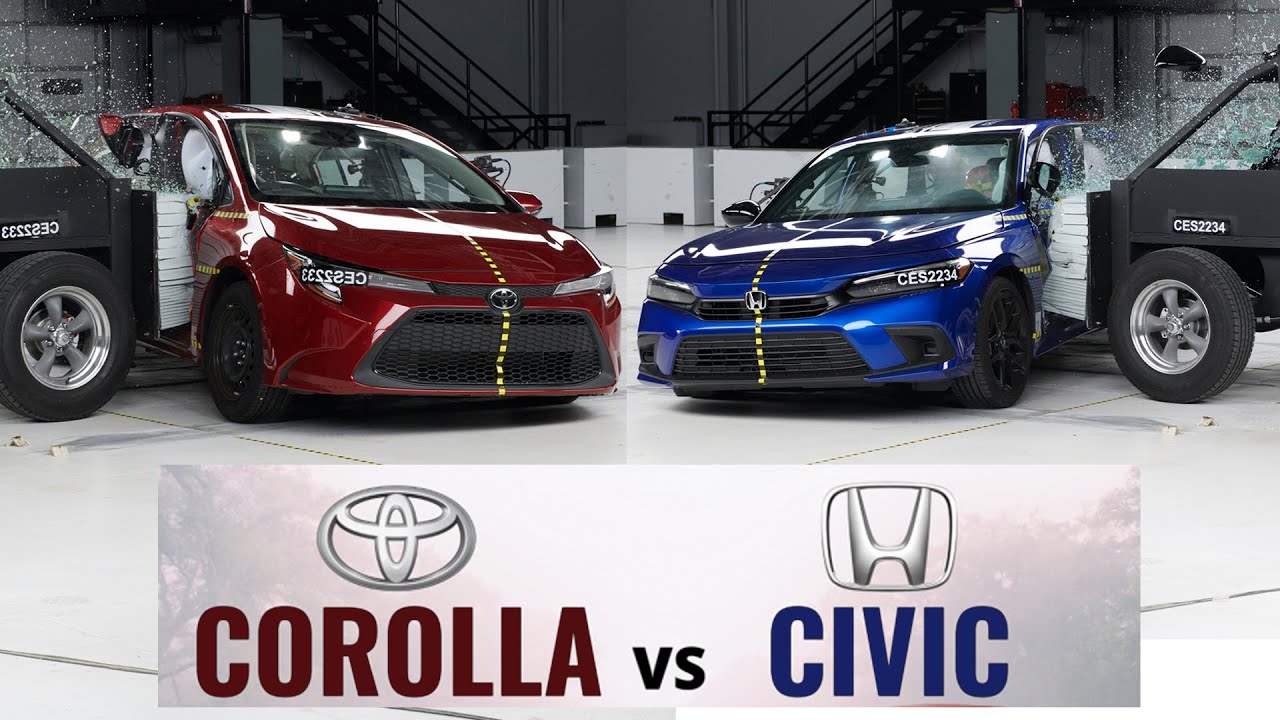 The Kia Forte, Subaru Crosstrek and the Subaru Impreza sedan and wagon are rated poor.

“It’s encouraging to see so many small cars with passing grades in this new side test,” said IIHS Senior Research Engineer Becky Mueller, who spearheaded the development of the evaluation. “Smaller, lower vehicles are at a disadvantage when struck by the new test barrier, which is a more realistic representation of the front end of a typical modern SUV than our old barrier. Clearly, some manufacturers have already figured out how to provide sufficient protection in a crash like this even for occupants of small cars.”

In earlier IIHS tests of small SUVs, midsize SUVs and midsize cars, a higher ride height seemed to translate into better performance in the new evaluation. A taller vehicle means the moving barrier strikes nearer to the floor of the occupant compartment. The results from the small cars suggest that vehicle length — in particular, the length of the occupant compartment— may also play a role.

“Doors tend to be weaker than the B-pillar and the frame surrounding the occupant compartment. Small cars have less of that weaker space because of their shorter wheelbase and occupant compartment,” said Raul Arbelaez, vice president of the Institute’s Vehicle Research Center.

The structure and safety cage also held up reasonably well in all five acceptable-rated vehicles, though the impact of the barrier caused a small amount of intrusion into the occupant compartment. The head-protecting airbags for the driver and rear passenger prevented the dummies’ heads from striking the hard surfaces of the door and windowsill in the Civics and Corollas, helping to minimize the risk of head injuries. In the Sentra, the driver dummy’s head moved downward past the side curtain airbag to hit the windowsill, but the vehicle’s solid performance in other areas prevented that flaw from resulting in a further downgrade in the overall rating.

IIHS developed the updated side crash test after research showed that many of the real-world side impacts that still account for nearly a quarter of passenger vehicle occupant fatalities are more severe than the original evaluation.

The updated side crash test uses a heavier barrier traveling at a higher speed to simulate the striking vehicle. The new barrier weighs 4,200 pounds — close to the weight of today’s midsize SUVs — and strikes the test vehicle at 37 mph, compared with a 3,300-pound barrier traveling at 31 mph in the original evaluation.
———
Hope you enjoy this video and leave your comment bellow. To stay up to date with alot of new Videos