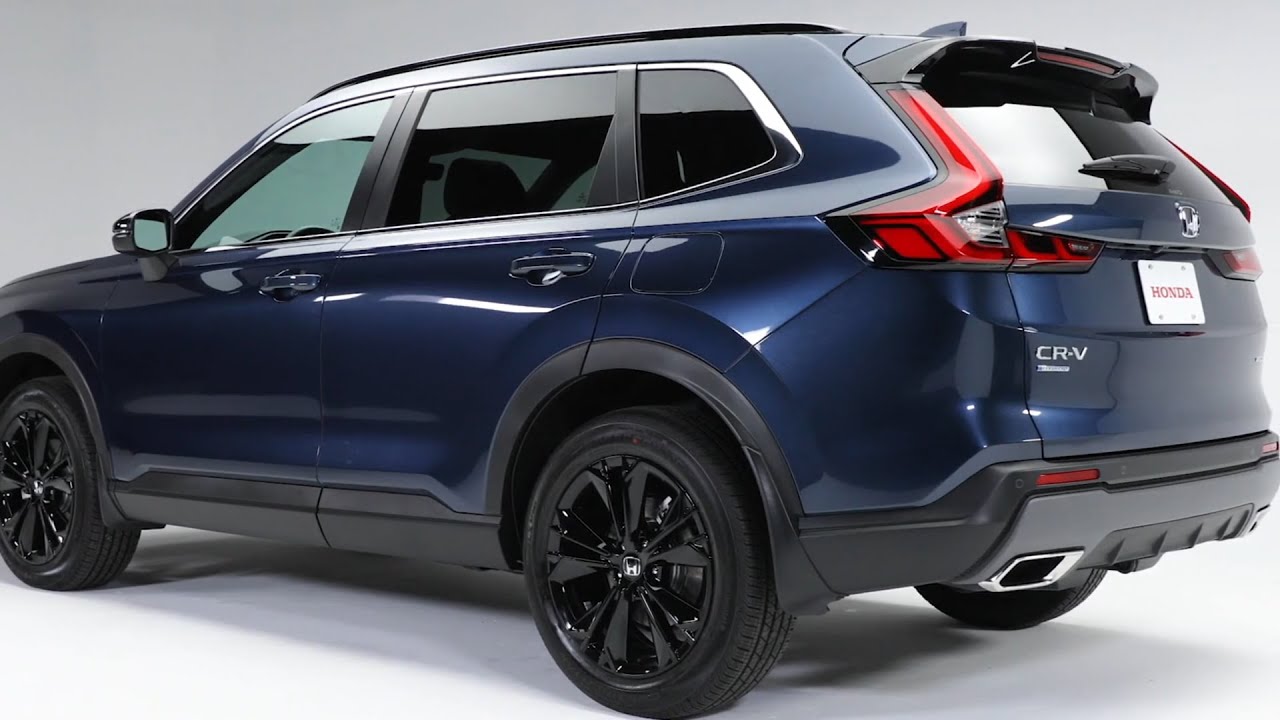 2023 Honda CR-V Walkaround / Features & Overview. The latest version of the Honda CR-V has arrived, and it looks significantly better than before. With a cleaner design than the last few generations of this compact SUV, the new 2023 CR-V is handsome on the outside, more modern on the inside, but still instantly recognizable as a CR-V. Key differences under the skin are less significant, but do include a more spacious cabin, new features, and updates to both the turbo-four and hybrid powertrains.

Size and Engines
Because the latest version of the subcompact Honda HR-V grew significantly, the compact CR-V also needed to expand to preserve the spacing within Honda’s SUV lineup. The new model has a 1.6 inch longer wheelbase, a 2.7 inch increase in overall length, and an 0.4 inch uptick in width. Honda says this results in more rear legroom, and cargo space for the hybrid is improved, now matching the nonhybrid with 36 cubic feet of space behind the rear seats and 77 cubic feet of space with the rear seats folded. The nonhybrid does have a movable floor that lowers to expand the space behind the seats to 39 cubic feet.

Honda has not made any major changes to either of the CR-V’s two powertrains, which include a turbocharged 1.5-liter inline-four and a hybrid setup that uses a 2.0-liter gasoline engine. The nonhybrid has adjustments to the 1.5-liter engine’s torque curve and tweaks to the continuously variable automatic transmission that are meant to reduce noise and vibration—given the old CR-V’s noisy, coarse engine note, any improvement in this regard will be welcome. Meanwhile, one of the hybrid’s two electric motors is torquier than before, but peak system horsepower is down a bit, from 212 hp to 204 hp. Even still, Honda now says that the hybrid can tow up to 1000 pounds, while the old model did not have a tow rating.

Trim Levels and MPG
The CR-V’s trim levels are rearranged to help Honda reach its goal of selling more hybrids: it’s aiming for 50 percent of CR-Vs sold to be equipped with the more efficient gas-electric setup. The EX and EX-L trim levels thus come with the turbo 1.5-liter, while the new Sport and Sport Touring models come only as hybrids. The Sport models also get appearance tweaks, including black wheels and a different grille and rear fascia.

Interior, Price, Features
The interior features a similar design as the new HR-V and Civic, with a honeycomb-pattern insert stretching across the dash. Three knobs control the HVAC system, and we like the simplicity of the dashboard. A 7.0-inch touchscreen is standard on the EX and Sport, while the EX-L and Sport Touring upgrade to a larger 9.0-inch screen. Blind-spot monitoring is now standard, as is hill-descent control; there are also drive modes including Normal and Econ, plus a Sport mode for Sport and Sport Touring trims.

Honda will release pricing within the next few months as the new CR-V approaches its on-sale date. The nonhybrid will arrive first, likely with a higher starting price than before, as Honda has dropped the base LX model (the previous LX started at $28,045 but the EX started at $30,355). The hybrid, which is slated to arrive later, should command a slight premium. 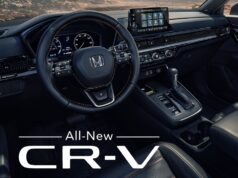