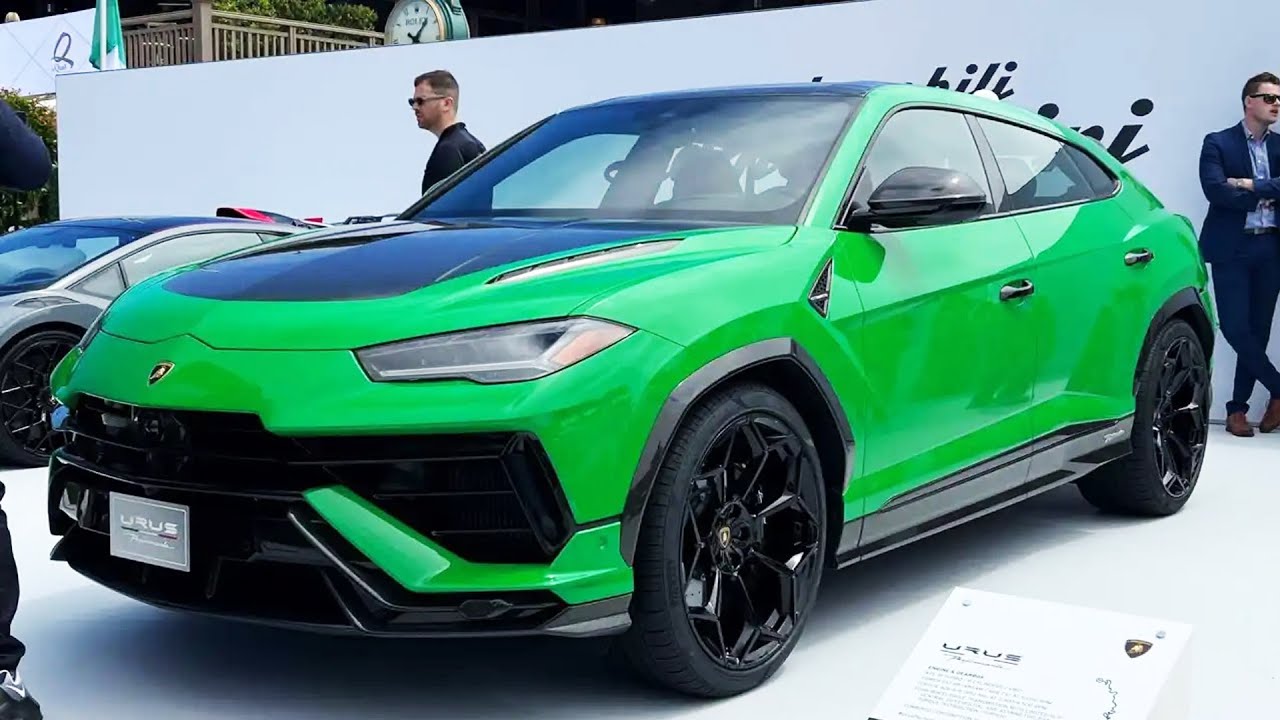 2023 Lamborghini Urus Performante – Lighter, More powerful, Faster / Super SUV. If there’s one model in the luxury segment that doesn’t need an update to boost sales, it’s definitely the Urus. Lamborghini’s Super SUV has already been assembled in more than 20,000 units since entering production just four years ago. It has helped the peeps from Sant’Agata Bolognese achieve their best half-year sales ever in H1 2022 by delivering 5,090 cars. The LM002’s spiritual successor accounted for 61 percent of the total volume.

Although the Urus is a tremendous success, Lamborghini can’t ignore newcomers such as the Aston Martin DBX and the forthcoming Ferrari Purosangue. To that end, the hot Performante derivative is breaking cover today with more power and less weight. The twin-turbo 4.0-liter V8 has been massaged to extract an additional 16 hp for a grand total of 666 hp. As for torque, it has remained unchanged, at 850 Newton-meters (627 pound-feet).

The Urus has been put on a diet to remove 47 kilograms (104 pounds) of fat to further elevate performance. Speaking of which, the Performante shaves off three-tenths of a second from the 0 to 62 mph (100 km/h) sprint, which now takes only 3.3 seconds. Flat out, the family sports car on stilts will do 190 mph (306 km/h) or just about the same as before. Should you wish to go even faster in an SUV, the more powerful DBX707 maxes out at 193 mph (310 km/h).

Aside from gaining power and losing weight, the Lamborghini Urus Performante has had its chassis lowered by 20 millimeters (0.8 inches) while the tracks have been widened by 16 mm (0.6 in). Beefier carbon fiber wheel arches host optional 23-inch or forged 22-inch wheels featuring titanium bolts and bespoke Pirelli Trofeo R tires.

The fastest production SUV at Pikes Peak is actually 25 millimeters (almost an inch) longer than before after making changes to the front and rear bumpers. Tweaks to the roof-mounted spoiler have also been made and include carbon fiber fins derived from the Aventador SVJ to help increase rear downforce by 38 percent. Overall, downforce is up by 8 percent compared to the non-Performante spec.

As standard, the Urus Performante has an Akrapovic exhaust and numerous carbon fiber pieces, including the lower rear bumper and diffuser. There’s also a new differential to help distribute torque more efficiently, along with a quicker rear-wheel-steering system. For a more direct feel, Lamborghini has also recalibrated the front-wheel steering.

Beyond the usual driving modes, the 2023 Urus adds Rally for better performance on dirt roads. The anti-roll and damping systems are reconfigured to handle tougher surfaces and enhance the SUV’s versatility as signaled by the adventurous ST-X concept revealed a few years ago.

The interior is largely the same, but we do have to mention a new hexagonal seat stitching, a Dark Package, and revised graphics for the driver’s display and infotainment’s touchscreen. As before, there are plenty of customization options through the Ad Personam program, including red door handles, bespoke side sills, aluminum accents, and plenty of leather and Alcantara choices.

The 2023 Lamborghini Urus Performance is priced from $260,676 in the United States. Interestingly, the Chinese-market SUV will be capped at a lower 640 horsepower “for homologation reasons.”