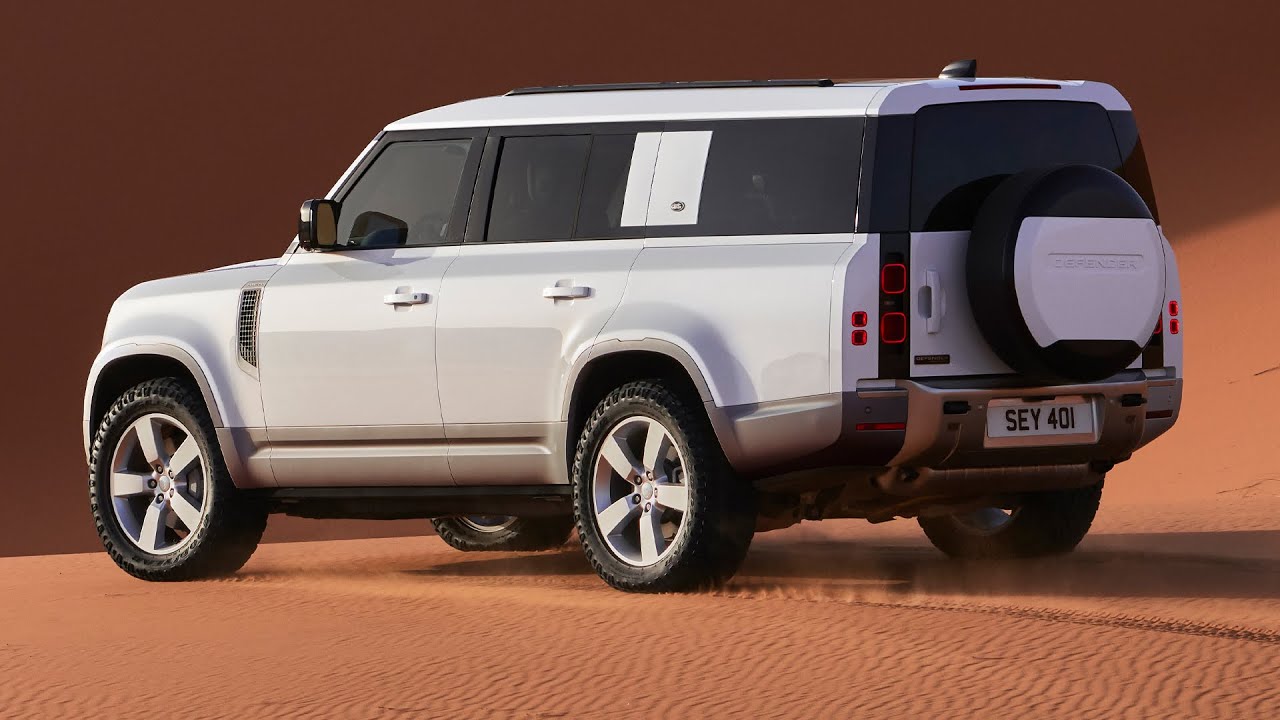 2023 Land Rover Defender 130 – The New 8-Seater Off-roader SUV. Land Rover is adding to its go-anywhere Defender lineup with a new ultra-long version named the 130. Built to serve those who want to carry more passengers, this bigger three-row Defender is quite simply an extended body version of the already popular 90 and 110 variants. The wheelbase itself is unchanged at 118.9 inches (3,022mm) but this is still a noteworthy addition to the family of the tough SUV.

The new Defender 130 has 340 mm or 13.3 inches of additional body placed squarely at the rear of the vehicle with the overall length now stretching to 210.9 inches (5,358mm). In fact, it’s the squarish nature of the Defender that helps this addition avoid looking out of place. That extra space provides room for a third row and a small storage area behind those seats.

The two-row Defender 110 has 34 cubic feet behind its back seat and most of that has been sacrificed in the name of this new third row. The Defender 130 with three rows has just 13.7 cubic feet of cargo space in the back but the passengers will likely feel it was a worthy tradeoff.

Not only do those third-row passengers get to enjoy heated seats but they’ll also enjoy their own sunroof too. Buyers can even add optional 130-only quad-zone climate control. Just as in past Land Rover products, the second and third rows have slightly raised stadium seating.

Those who simply want more cargo space can buy the Defender 130 in a five-seat configuration. In that case, cargo space expands to a positively cavernous 46.9 cubic feet. Fold the second row down and you’ll find 88.8 cubic feet worth of cargo space. It’s not just the big back end that’s unique to the 130 though.

Land Rover has added a new color called Sedona Red that can only be had on the 130. A large 11.4-inch infotainment system is standard across the lineup as is an air suspension system for improved comfort and off-road capability. At launch, three different mild-hybrid engines are available in Europe.

One thing that’s unchanged is the Defender’s ability to go way off-road. Approach and break-over angles are identical when compared to the smaller Defender 90 and 110. Only the departure angle has suffered but still rests at a respectable 28.5 degrees. Wading depth is also unaffected by the extra size.

Land Rover will offer a First Edition version of the 130 in three high-specification configurations. These include Fuji White with the brand’s Extended Bright Pack along with Oyster Full Windsor leather and natural light oak trim.

Customers can also choose HSE, X-Dynamic SE, X-Dynamic HSE, and X specifications. One trim they can’t have is the special Defender 130 that Land Rover is building to celebrate the Queen’s Platinum Jubilee. While the design details have yet to be unveiled, it’ll go into service with the Red Cross later this year.