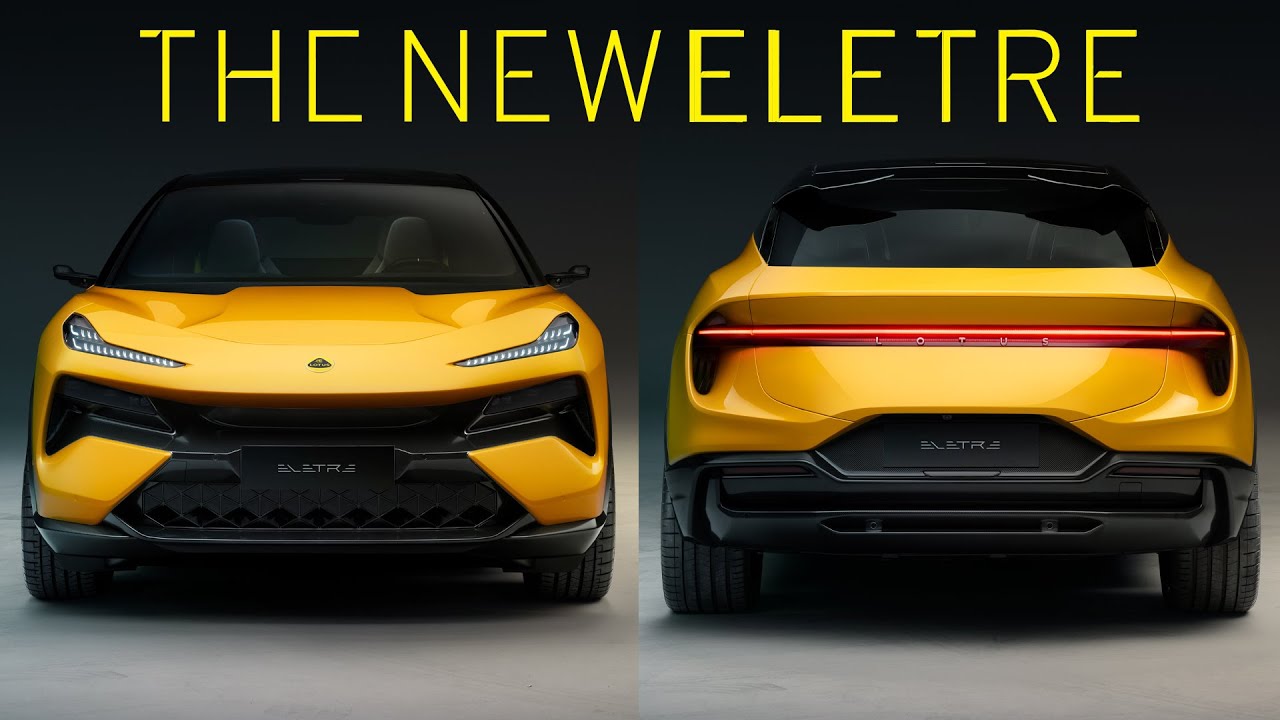 2023 Lotus Eletre – Exterior and Interior / a 600 HP Electric Luxury SUV. After years of waiting, the Lotus Eletre electric crossover is finally here. According to the brand, the word means “coming to life” in some Eastern European languages. The company intends the model to have the spirit of a traditional sports car from Lotus but with the utility of a crossover.

The Eletre rides on Lotus’ Electric Premium Architecture platform. The company says that the various trims of the EV have an output starting at 600 horsepower (447 kilowatts) with a motor powering each axle. Acceleration to 62 miles per hour (100 kilometers per hour) takes less than 3.0 seconds, and the top speed is 161 mph (260 kph). The automaker isn’t disclosing the crossover’s weight yet.

The automaker only says that the battery capacity is over 100 kilowatt-hours, and this allows for an estimated WLTP range of around 373 miles (600 kilometers). The Eletre charges at up to 350 kilowatts. This allows for getting 248 miles (400 kilometers) of range in 20 minutes.

The crossover rides on an air suspension with active ride height adjustment. It also rear-axle steering and active anti-roll bars.

In front, the Eletre adapts the general design elements from the Lotus Emira sports car into the shape of a crossover. Fitting with the current trend, there are split headlights. The running lights are at the leading edge of the hood, and the main lamps are in the lower, blacked-out section of the fascia. The grille has active aerodynamics using interconnecting triangular pieces that open when the motors, battery pack, and brakes require cooling.

In terms of tech, the Eletre comes with four deployable lidar sensors. There are two on the roof – one above the windshield and one above the rear glass. Plus, each side of the body has the device near the front fender. In regions where it is allowed, the vehicle uses cameras as the side mirrors.

Lotus claims the Eletre is capable of “end-to-end autonomous driving.” The tech supports over-the-air updates for future improvements to the system.

Rather than a traditional instrument panel, the area in front of the driver is a thin strip that’s less than 1.18 inches (30 millimeters) tall. There’s a matching piece on the passenger side that shows different info like the music selection or nearby points of interest. In the center, there’s a 15.1-inch landscape-oriented screen that offers all of the necessary information. A head-up display with augmented reality is a standard feature, too.

Lotus will build the Eletre at a new factory in Wuhan, China. Deliveries begin in 2023. The first of them go to China, the UK, and Europe. The company isn’t disclosing whether the electric crossover is coming to the United States. When asked by Motor1.com, a Lotus spokesperson told us: “We’ll be announcing that at a later date.”

Source: Lotus
———
Hope you enjoy this video and leave your comment bellow. To stay up to date with alot of new Videos