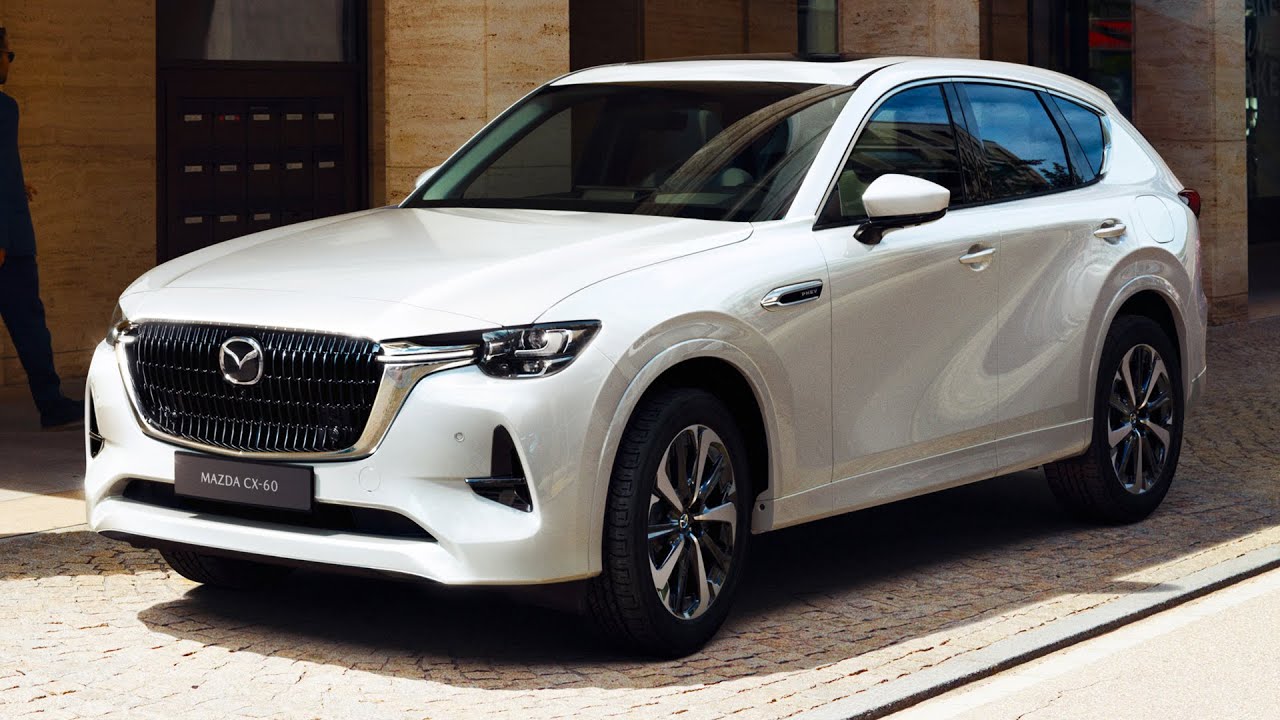 2023 Mazda CX-60 – Exterior and Interior / Excellent Mid-size SUV. The first vehicle to ride on Mazda’s new platform is here. While this CX-60 plug-in-hybrid SUV won’t be coming to the U.S., it likely provides a close preview of the upcoming CX-70 that will make its way to our shores.

As its name would suggest, the CX-60 is larger and more luxurious than the recently revealed CX-50. The CX-60 also uses the company’s new architecture with a longitudinal engine layout that’s meant to push Mazda upscale. It comes standard with a plug-in-hybrid powertrain that uses a 2.5-liter gasoline engine and a 134-horsepower electric motor. The system’s total output is 323 horsepower and 369 pound-feet of torque, and Mazda claims it will have an electric range of 39 miles thanks to its 17.8-kWh battery pack. An eight-speed automatic transmission and all-wheel drive are standard.

The CX-60’s styling is a bit awkward from certain angles but overall looks like a larger CX-5 with more chrome. We anticipate the CX-70 to look similar, but it will be a bit wider and—we hope—have a more athletic stance. But even on the CX-60, the rear-wheel-drive-esque proportions are clear, as it has a long hood and a dash-to-axle ratio that ensure it won’t be mistaken for a more mainstream crossover with a a transversely mounted engine and a front-wheel-drive-based platform.

Mazda’s interiors were already nice, but the CX-60’s cabin looks to be a level above current offerings thanks to elegant materials for the dashboard and seats including woven textiles, Nappa leather, and wood trim. The CX-60 is a two-row model and the CX-70 likely will be too; a CX-90 will follow later on and we expect that model to have three rows of seats and eventually replace the existing CX-9.

While the CX-60 is launching in Europe only with this plug-in-hybrid configuration initially, this platform will eventually support an inline-six engine with a 48-volt hybrid system. Mazda has released some information on its upcoming powertrains but we’ll have to wait for the CX-70’s debut to learn more about this engine’s U.S. specs. We expect the CX-70 to offer this plug-in-hybrid setup in the U.S. as well.
———
Hope you enjoy this video and leave your comment bellow. To stay up to date with alot of new Videos