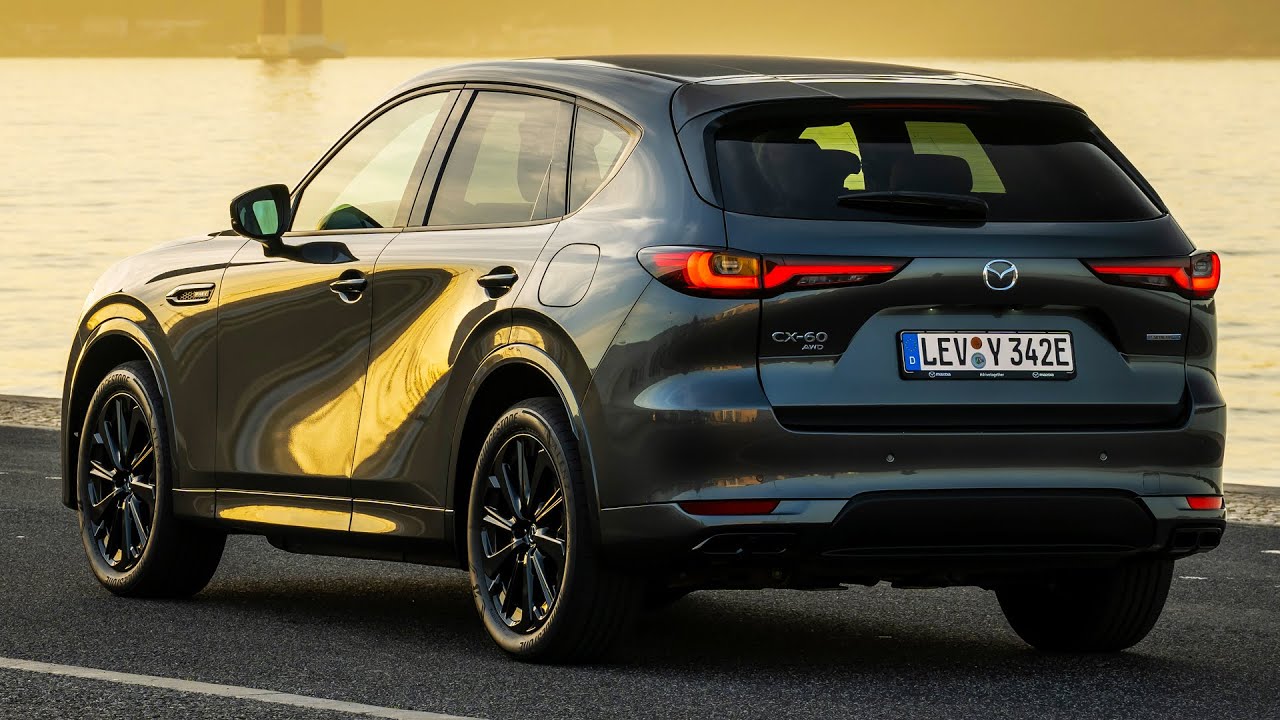 Arguably the most important car launched by Mazda in recent memory, the CX-60 introduces the Skyactiv Multi-Solution Scalable Architecture. The rear- or all-wheel-drive platform is available solely with mild- or plug-in hybrid engines ranging from inline-fours to straight-sixes.

The CX-60 is sensibly priced. Over in Germany, where the plug-in four is the standard powertrain, customers are charged €47,390 or $51,815 at current exchange rates. Brits, on the other hand, will have to pony up £43,950 or $57,695 for the most fuel-efficient variant currently available.

German customers are offered four trim levels in total: Prime-Line, Exclusive-Line, Homura, and Takumi. €52,890 is the suggested retail price of the latter. Over in the United Kingdom, the Japanese automaker decided on three grades: Exclusive-Line, Homura, and Takumi. Officially dubbed e-Skyactiv PHEV, this version of the CX-60 boasts 63 kilometers (39 miles) of combined all-electric range on the Worldwide Harmonized Light Vehicle Test Procedure. Fuel economy is estimated at 1.5 liters per 100 kilometers (188 miles per gallon in the United Kingdom or 157 miles per gallon in the United States).

As the name implies, the four-cylinder powertrain combines a direct-injected mill with a displacement of 2.5 liters with a 100-kW electric motor and a 17.8-kWh battery. The free-breathing engine and electric motor collectively make 327 ps (323 horsepower) and 500 Nm (369 pound-feet).

Later this year, Mazda will diversify the lineup with the e-Skyactiv X straight-six turbo engine (3.0-liter mild-hybrid) and the SkyActiv D straight-six turbo diesel (3.3-liter mild-hybrid). Both are mated to an eight-speed automatic transmission shared with the e-SkyActiv PHEV presented in this story.
———
Hope you enjoy this video and leave your comment bellow. To stay up to date with alot of new Videos