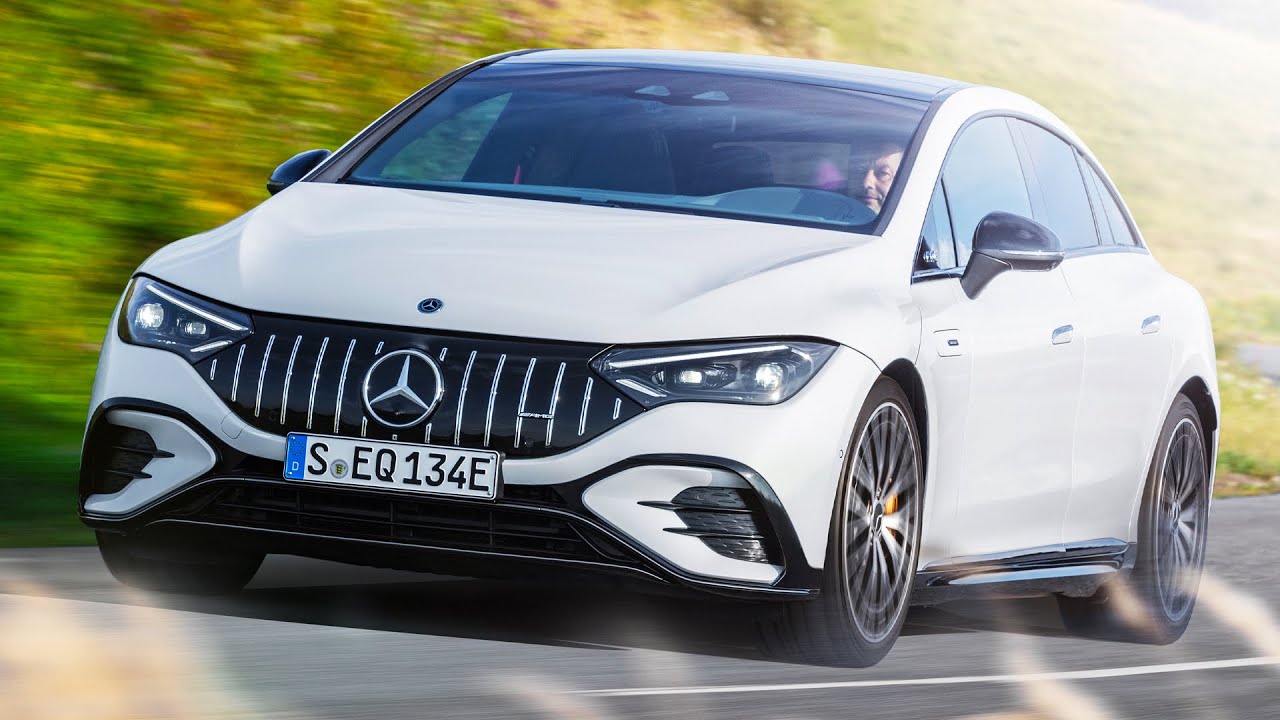 2023 Mercedes-AMG EQE 53 4Matic+ / A 677-HP Electric Monster Sedan. Mercedes-Benz launched its current electric vehicle onslaught with the EQS, an electric counterpart to the flagship S-class sedan. Next up for Mercedes — before going SUV crazy — is the smaller EQE, an EV analog to the midsize E-Class sedan. We already saw the base model; now, Mercedes has just unveiled the AMG EQE, which will also be known (in non-American markets) as the AMG EQE 53 4Matic+.

The AMG EQE packs a dual-motor variable AWD setup. The standard version puts out 617 horsepower and 701 lb-ft of torque, but with the AMG Dynamic Plus Package, you can boost those outputs to 677 horsepower and 738 lb-ft, respectively. That’s enough to allow the AMG EQE to accelerate from 0-60 mph in 3.2 seconds (assuming the battery has at least 70% state of charge), making it is quicker than the AMG EQS. The AMG EQE will also achieve a top speed of 149 mph.

Mercedes is giving the AMG EQE a 90.6-kWh battery pack. Their target range is between 444-518 miles under the WLTP standard, which should equate to roughly 400-460 miles under EPA testing. 170-kW fast charging capability would permit the AMG EQE to add 112 miles of WLTP range (or about 100 miles of EPA range) in 15 minutes. Navigation with Electric Intelligence can also pre-heat or cool the batteries for optimal temperature as you approach a fast charger.

The AMG EQE also offers an AMG Sound Experience with a dedicated speaker system, base actuator and sound generator. Drivers can choose between Authentic and Performance sounds, and then further between Balanced, Sport and Powerful settings within those tracks. Drivers can add event sounds like clicking turning indicators, and have separate sound profiles for the exterior and interior. If you want to make it sound like a rear passenger passed a particular type of fart, however, you’ll likely still need to buy a Tesla.

Mercedes did not mention specifics about AMG EQE pricing; however, we suspect it will start north of the $107,500 E 63 S internal combustion sedan. We’ll know more before it goes on sale in the U.S. in early 2023.