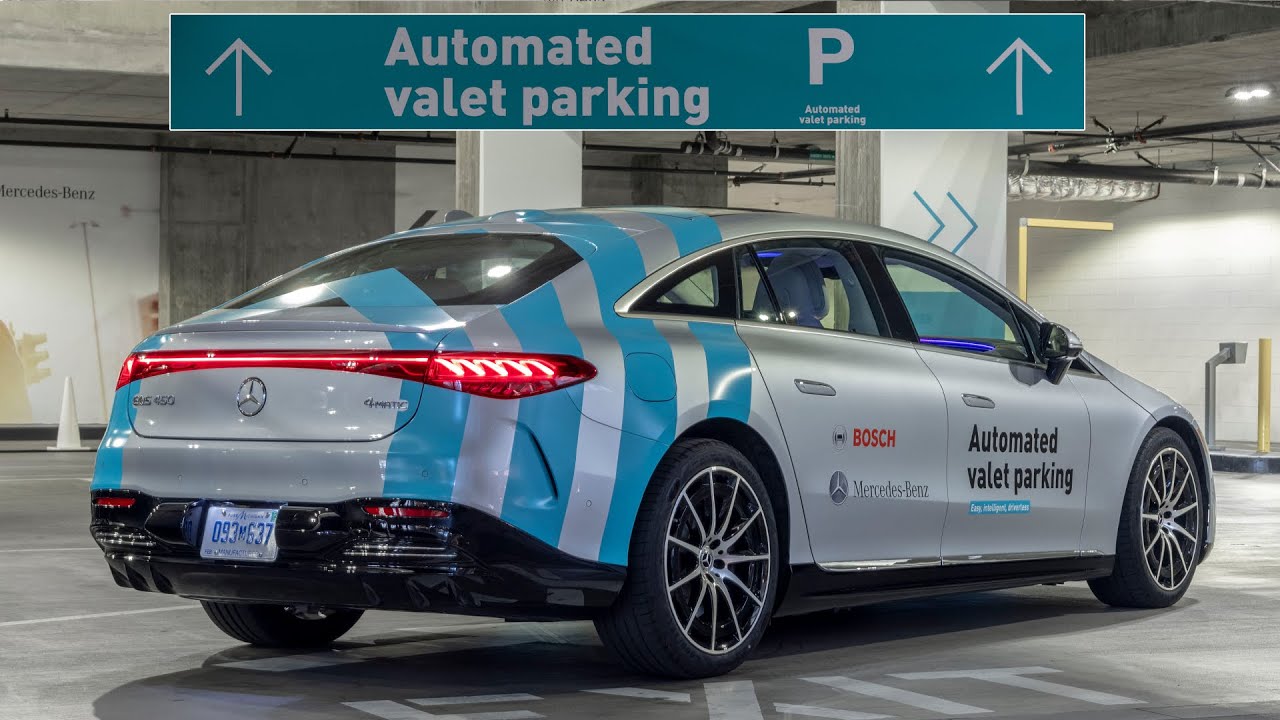 Already in use at the Stuttgart airport, the Intelligent Park Pilot could solve a number of irritating problems.

No one actually enjoys parking a car in a garage, especially one that has tight corners, small spots and an annoying layout. Mercedes-Benz and Bosch have a solution called Intelligent Park Pilot, a Level 4 automated valet parking system that lets a driver drop their car off at the entrance of a garage so it can park itself. This tech is already in use at a parking garage in the Stuttgart airport, but last week I got to watch a demo in person at a garage connecting the Intercontinental and Wilshire Grand hotels in downtown Los Angeles, a potential location for a future installation.

Instead of relying on the car’s own sensors and computers, the automated parking is done through external means. The demo that I witnessed used a bunch of lidar sensors placed along the parking route, but that’s just for non-permanent demonstration setups. In the Stuttgart airport garage and other real applications the system is done through the use of Bosch stereo cameras mounted in the ceiling. These cameras are fairly compact and sleek and can be mounted at up to 7.2 feet above the ground, and they provide a panoramic view of the area below — key to making this tech work. The cameras are pretty expensive and multiple cameras are required per parking spot, but they could easily be integrated into newly constructed buildings or retrofitted into existing garages. While currently only available for the S-Class and EQS, this tech will soon expand to other Mercedes models like the EQE, and Bosch says this tech could eventually work with any modern car.

Once the driver arrives at the designated location, the process is activated via the Mercedes smartphone app. The car then starts up and drives itself slowly and carefully to the pre-designated spot in the garage, and once the app confirms that the system is in control of the car, the driver is able to walk away. Mercedes is working on integrating the system with toll gates and pay stations, too, so all of that would be accomplished automatically after you get out of the car and let the computers take over. When you’re ready to pick the car back up, just call the car from the app and it drives back to the original spot. This tech worked perfectly in my live demo, maneuvering around corners and poles before backing into a spot between cars.

There are a number of clever use cases for this tech that go beyond just valet parking. A big issue in garages are EV charging spots that are taken up by cars that have already finished charging, especially if you need a charge and don’t have time to try and come back later. The automated system could be used to move cars into normal spots once they’ve finished charging, and then bring in cars that need a charge to replace them. Rental agencies could also make use of the tech, having the cars cars automatically park and go through a wash themselves once the renter returns a vehicle. Mercedes also says the system would work at factories, having finished cars drive themselves off the production line instead of needing a human driver.

Is this automated valet parking system completely necessary? Not at all. But neither are tons of other tech features in luxury cars that are still desirable. The slowness of the Park Pilot doesn’t really matter, because once the process is started you can just walk away from your car and get on with your day. I can see many situations where the Park Pilot would save me time and stress, and I would absolutely use it whenever I could. It’s a good stepping stone on the way to expanded vehicle autonomy, plus it’s just freakin’ cool to see a car park itself.
———
Hope you enjoy this video and leave your comment bellow. To stay up to date with alot of new Videos