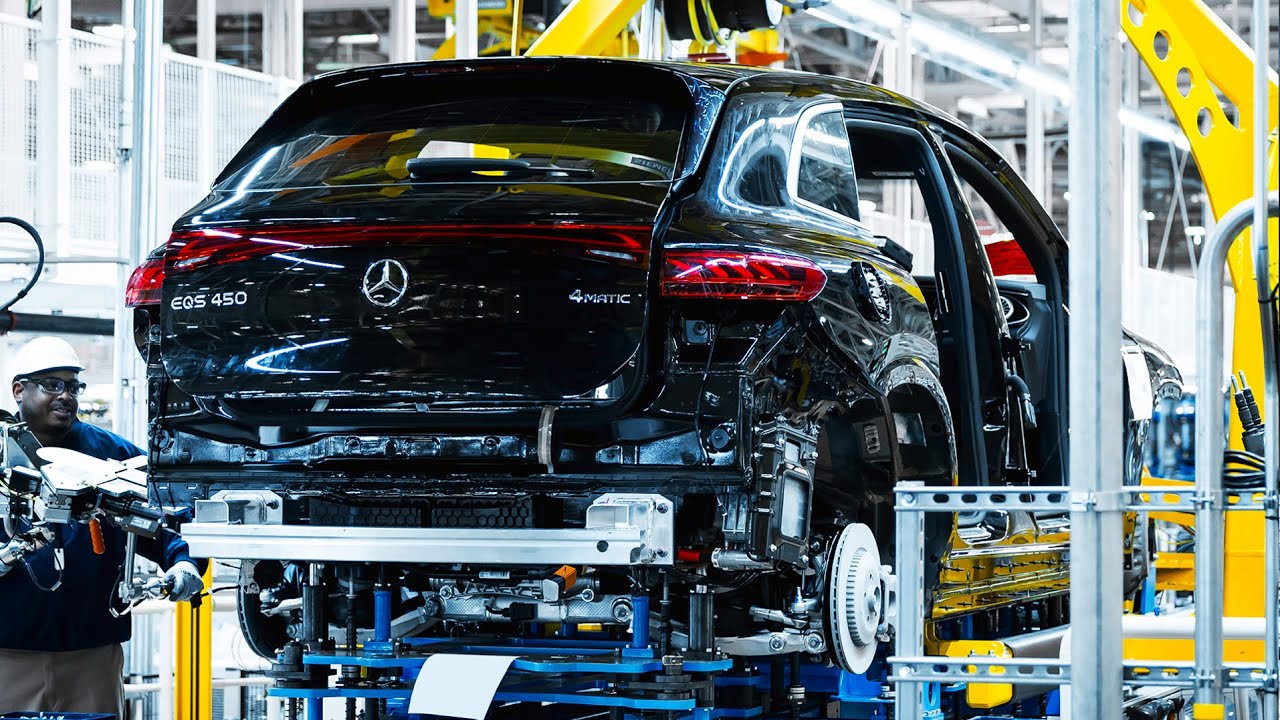 2023 Mercedes EQS SUV – Start of Production In The United States. The Mercedes-Benz EQS SUV – the company’s largest and most luxurious electric SUV to date – is now on the production lines. The zero-emissions family hauler is built at the Tuscaloosa plant in Alabama, from where it is exported to the global markets. The start of production of the EQS SUV is part of the automaker’s strategy to assemble eight all-electric vehicles at seven different sites on three continents this year. Later in 2022, the EQE SUV will also go into production at the same production site.

In a new press release, Mercedes also explains it produces the battery systems for the EQS SUV at the recently opened Bibb County battery factory. The process takes place on a 985-feet (300-meter) production line with more than 70 workstations. As a reminder, the EQS SUV’s battery is based on a modular architecture design and is also used in the EQS and EQE electric sedans.

“We have a highly skilled and motivated team that has absolutely delivered in the successful product launch of the new EQS SUV,” Michael Goebel, President and CEO of Mercedes-Benz US International, comments. “Our Team Members in Tuscaloosa have shown a lot of flexibility, energy, and commitment in helping us to achieve milestone after milestone since our first Mercedes-Benz rolled off the production line more than 25 years ago.”

The Stuttgart-based manufacturer has been assembling large SUVs in Alabama since 1997 and has invested more than seven billion dollars in the region. Currently, the firm directly employs around 4,500 people and an estimated 11,000 additional jobs are secured through local suppliers and service providers. Since 1997, around four million vehicles have left the Tuscaloosa factory with nearly 260,000 rolling off the assembly lines in 2021 alone. About two-thirds of the annual production is exported globally.

The US market will be the first to get the EQS SUV with sales expected to begin later this summer. There are no pricing details released yet, though the SUV should be a few grand more expensive than the $103,360 EQS 450 or the $126,950 EQS 580. A Maybach-branded version is currently under development.

Source: Mercedes-Benz
———
Hope you enjoy this video and leave your comment bellow. To stay up to date with alot of new Videos