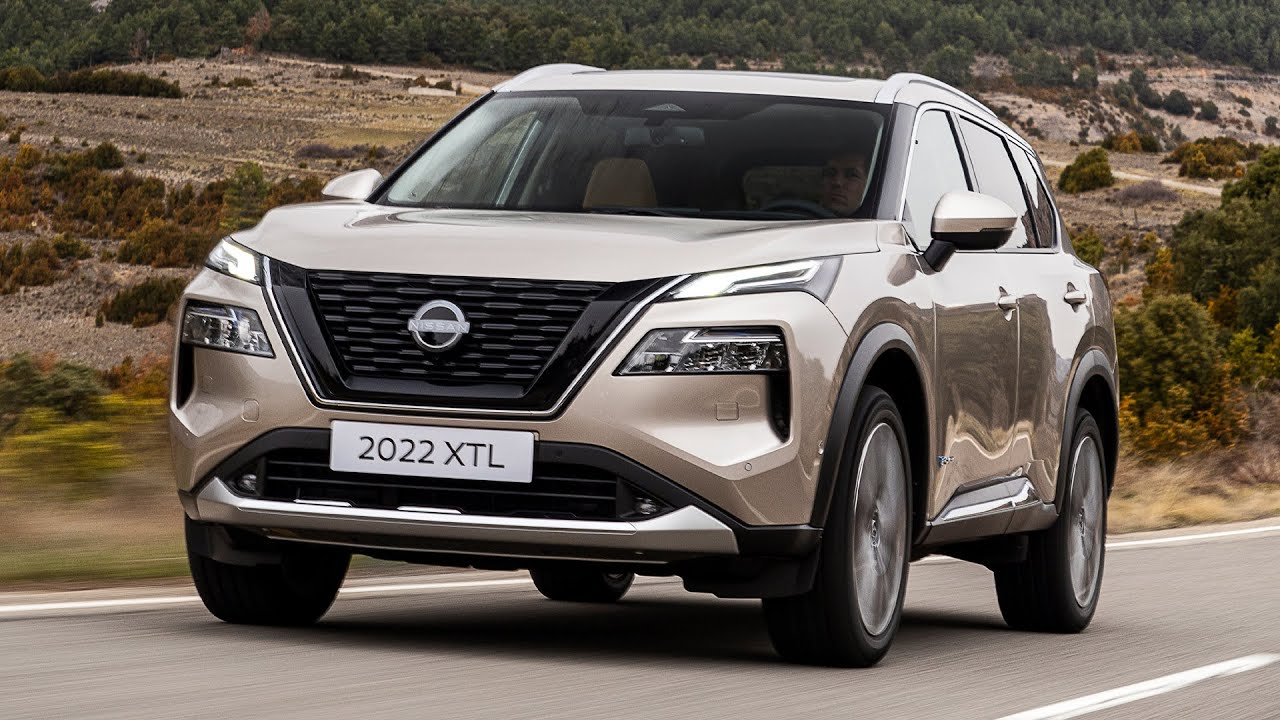 2023 Nissan X-Trail – Exterior, Interior and Driving / Electrified 7-seat SUV. Nissan has announced UK specifications for the new Nissan X-Trail a year and a half after its initial unveiling, with prices starting from £32,030.

The large SUV, available in both five- and seven-seat forms, goes on sale next month with a choice of three hybrid-only powertrains and five specification levels.

The entry-level engine is a turbocharged 1.5-litre petrol unit with mild-hybrid assistance. It produces up to 161bhp and 221lb ft of torque, with power delivered via a CVT gearbox.

This engine also benefits from variable compression technology aimed at boosting economy, meaning drivers can expect an economy figure of up to 39.9mpg.

An extra £2435 gets you an uprated 201bhp version of the e-Power system from the Nissan Qashqai, driven by an electric motor with the 1.5-litre petrol engine acting as a generator.

The engine kicks in between 1600rpm and 4800rpm, and also makes use of the same ‘e-Pedal’ one-pedal operational ability as the all-electric Nissan Leaf. Nissan says drivers can hit up to 48.6mpg with economical driving.

At 210bhp e-4orce powertrain tops the range for an additional £2200 on top of the cost of the e-Power engine. It adds a second electric motor, located at the rear axle, for permanent four-wheel drive, hitting 0-62mph in 7.0sec, with an economy figure of up to 44.7mpg.

Nissan said its e-4orce tech can respond to grip changes by varying the front-to-rear power distribution in 0.0001sec. The addition of a rear motor also adds a more sophisticated brake regeneration and brake vectoring system, which is said to provide a more stable ride.

The X-Trail once again shares the bulk of its exterior and interior design with the US-market Rogue, which it has followed onto a heavily updated version of the Renault-Nissan Alliance’s CMF-C crossover platform – as used by the Qashqai.

A pair of 12.3in screens dominate the dashboard, working together with standard-fit Amazon Alexa voice control and a 10.8in head-up display to minimise the need for drivers to take their eyes off the road.

Five- and seven-seat versions are available, with the latter’s third row suitable for passengers up to 160cm (5ft 2in) tall. Numerous parent-friendly features are offered, including rear climate controls and USB ports, plus sunblinds integrated into the rear doors.

As for practicality, boot capacity stands at 585 litres with the third row of seats folded flat. The sliding second row is split 60:40, with a central ski hatch for loading long items.

Source: Nissan
TIMELINE:
Exterior Design 00:00
Interior Design 01:55
Engine Driving Scenes 05:16
———
Hope you enjoy this video and leave your comment bellow. To stay up to date with alot of new Videos