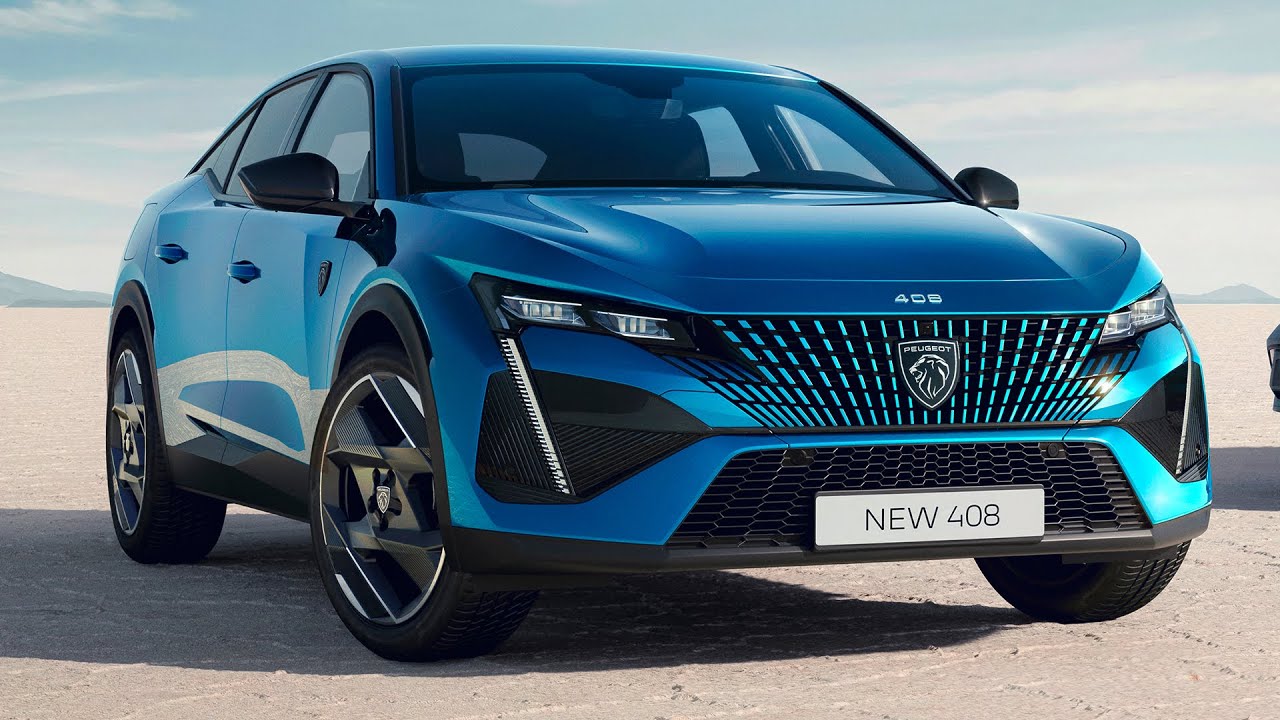 2023 PEUGEOT 408 – Interior, Exterior and Driving / Stylish Fastback. Peugeot has been using the “408” moniker since 2010 in China for a sedan version of the 308 hatchback. It received a comprehensive update this year in the People’s Republic, but it’s not the car featured in the adjacent images. Rather confusingly, the nameplate is now being repurposed in Europe for a different model. Officially categorized as a fastback, the 408 intended for the Old Continent has an unconventional look akin to the Citroën C5 X.

It rides on the latest iteration of Stellantis’ EMP2 platform shared with the global 308 hatchback and wagon, but Peugeot argues it’s a more sophisticated product positioned “at the top of the C-segment.” Say what you will about the design, but we must give the French automaker credit for daring to think outside the box. The new 408 is like a jacked-up wagon with a swoopy roofline for an unconventional body with more lines and curves than we can count.

With the rear seats in place, the trunk can swallow 536 liters (almost 19 cubic feet) or up to 1,611 liters (56.9 cu ft) after folding the rear seats of the version powered solely by a combustion engine. Because of its sleeker profile, it can’t match the practicality offered by the 308, so you’ll sacrifice some of the luggage capacity for the extra style.

There’s not much to say about the avant-garde interior as it has been largely carried over from the 308s. That’s not necessarily a bad thing since the cabin looks like it was taken from a concept and/or a luxury car. It gets a pair of 10-inch screens and Peugeot’s typically small steering wheel. A fancy Focal sound system with 10 speakers (including subwoofer) was developed over the course of three years specifically for the 408.

Peugeot will initially sell the new 408 with a choice between two plug-in hybrid powertrains. Both are front-wheel drive with an eight-speed automatic transmission and an electric motor producing 109 horsepower (81 kilowatts). What sets them apart is the 1.6-liter turbocharged gasoline engine as its has different states of tune, 150 and 180 hp. With the power of the combustion engine and electric motor combined, the lesser PHEV delivers 180 hp (133 kW) and 360 Newton-meters (265 pound-feet) of torque. The more potent variant ups the horsepower ante to 225 hp (165 kW) while retaining the same amount of torque.

Alternatively, there’s an entry-level variant with a smaller three-cylinder 1.2-liter gasoline engine offering 130 hp (96 kW) and 230 Nm (169 lb-ft) of torque. It too sends its oomph to the front wheels via an eight-speed automatic transmission. Peugeot isn’t planning to offer a diesel, but a purely electric derivative is in the offing.

The car is scheduled to hit the market in early 2023 once assembly will commence in France at the Mulhouse plant. Peugeot intends to sell the car in China as well by localizing production at the Chengdu factory. The EV model is destined to arrive a few months after the ICE and PHEV derivatives.

As to whether this model was necessary what with Peugeot already having the 308 SW and 3008, only the sales figures will be able to answer that.

Source: Peugeot
———
Hope you enjoy this video and leave your comment bellow. To stay up to date with alot of new Videos