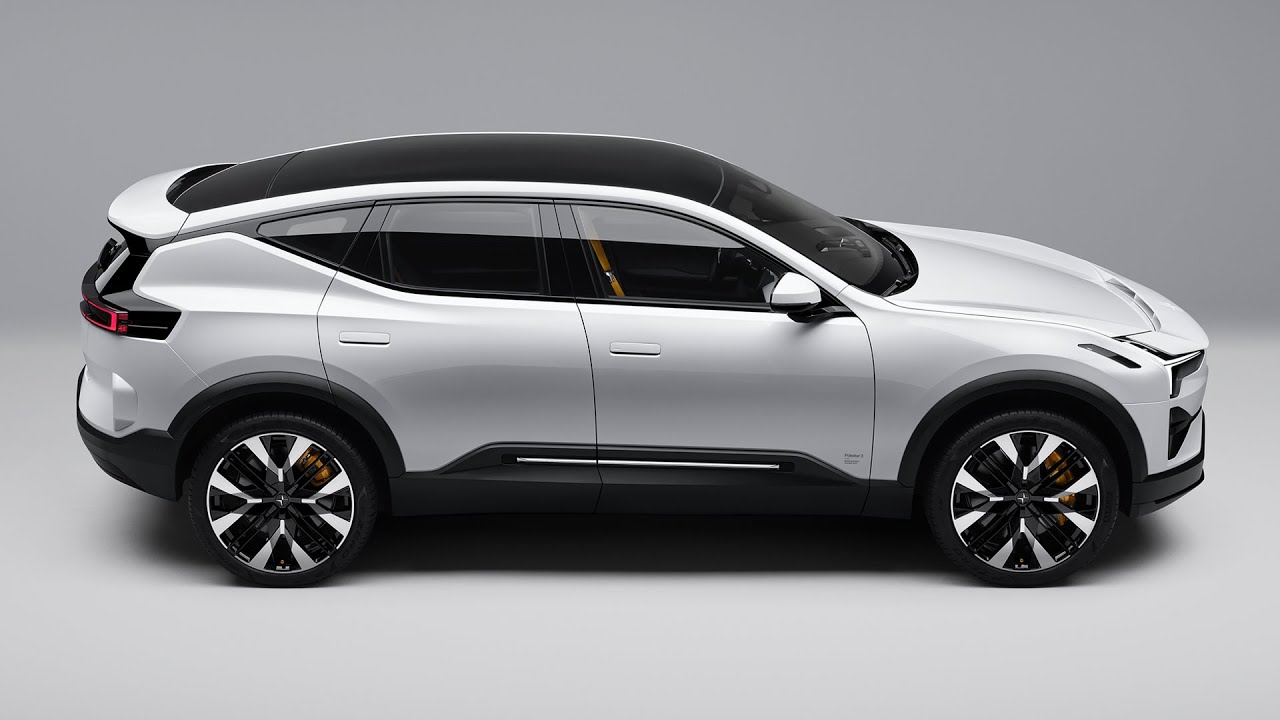 2023 Polestar 3 – FIRST TEASER / 370-mile Electric Performance SUV. The new Polestar 3 electric SUV has effectively been revealed in a new official image that shows it completely unwrapped ahead of a public debut in October.

Polestar has issued a preview image that shows its upcoming Audi E-tron rival from the side – proving that this will be no mere adaptation of the firm’s existing Polestar 2 saloon or its earlier Volvo-based 1 super-hybrid.

A panoramic glass roof panel curves gently towards the rear, passing under a prominent rear spoiler – part of what looks to be a fairly extensive aero package, together with air-channelling vents at the leading edge of the bonnet, flush-fitting door handles and prominent rear haunches.

Aerodynamic efficiency will be crucial in taking the Polestar 3 to a targeted range of more than 370 miles, as will a “large battery” of unspecified capacity and an efficient dual-motor powertrain.

Polestar has given no further details on the 3’s specifications, but has confirmed it will feature a ‘best-in-class’ lidar sensor from partner firm Luminar, as well as an advanced software stack supplied by tech giant Nvidia, with a view to integrating autonomous driving functionality.

The firm will start building the 3 alongside the electric successor to the Volvo XC90 – with which it shares its SPA2 underpinnings – in both America and China in early 2023.

CEO Thomas Ingenlath said: “The Polestar 3 is the SUV for the electric age. Our design identity evolves with this high-end large luxury EV, with a strong, individual brand character.

“With this car, we bring the ‘sport’ back to the SUV, staying true to our performance roots. This is a major milestone for our company, one that boosts our growth trajectory and takes us into our next phase.”

Polestar revealed the first official image of the 3 in December last year (above), showing more details of its third model and giving a much clearer indication of its overall size.

Earlier this year, Ingenlath told Autocar that the 3 would have two rows of seats, not three, and that both single- and dual-motor versions would go on sale. He also said the 3 will be more potent than the closely related XC90 successor.
———
Hope you enjoy this video and leave your comment bellow. To stay up to date with alot of new Videos