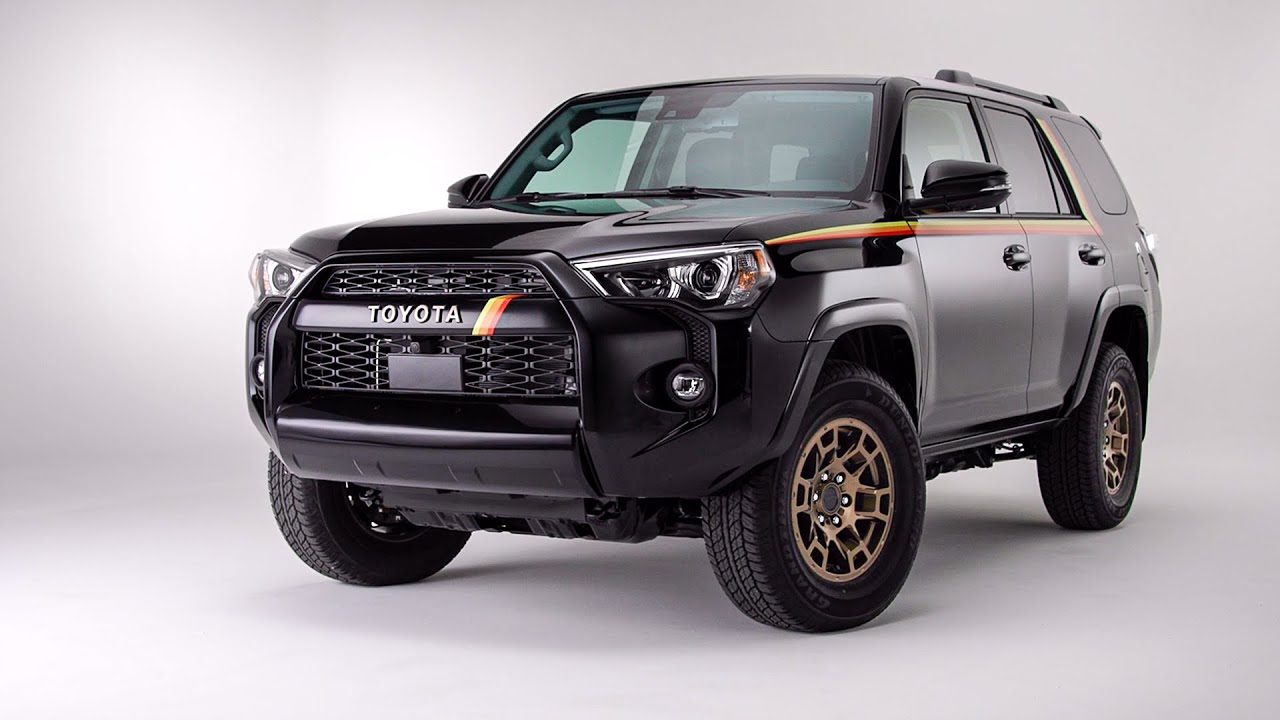 2023 TOYOTA 4RUNNER | INTERIOR EXTERIOR DESIGN 40TH ANNIVERSARY SPECIAL EDITION. The Toyota 4Runner will reach the 40-year mark with the 2023 model year…  and, to celebrate, Toyota is offering a distinctive 4WD-only 2023 4Runner 40th Anniversary Special Edition. Appropriately, Toyota will make 4,040 of these special editions available for the U.S. market. Over the past four decades, 4Runner has amassed more than 4 million cumulative sales while carving out its place as the ready-for-anything SUV that’s equally at home on pavement or trail.

The 2023 Toyota 4Runner 40th Anniversary Special Edition is based on the SR5 Premium grade and will be available in three colors: White, Midnight Black Metallic and Barcelona Red Metallic. It will stand out from the lineup thanks to bronze-colored 17-inch alloy wheels, a body-color-matching TOYOTA heritage grille and a bronze-colored 40th Anniversary exterior tailgate badge.

The biggest eye-catcher, though, is likely to be the heritage graphics package created especially for this anniversary model. The first 4Runner was built on the Toyota pickup platform, which itself founded the heritage of Toyota’s illustrious success in off-road racing. As an homage to those early racers, the 4Runner 40th Anniversary Edition will be wearing some very cool, retro-inspired yellow/orange/red body graphics.