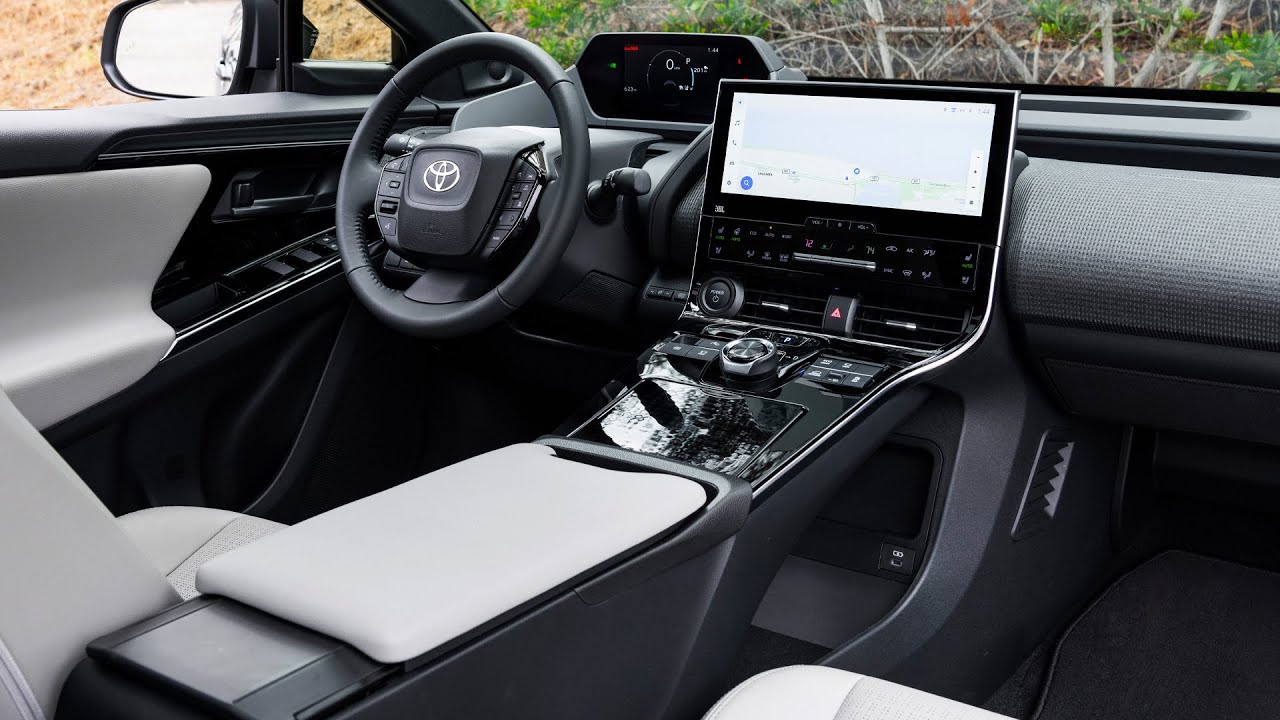 2023 Toyota bZ4X SUV – Interior Details. Toyota’s first all-electric SUV made its grand debut in November 2021. The curiously named bZ4X promises modest performance and range, combined with five-passenger seating and a plethora of technology. It goes on sale later in the spring, and now Toyota is ready to share pricing.

The 2023 bZ4X starts at $42,000 on the dot, though that doesn’t include a mandatory $1,215 charge for destination and delivery. That makes the out-the-door price $43,215, and for that you get an XLE trim level turning just the front wheels. On the far end, you have the bZ4X Limited with all-wheel drive serving as the flagship for the line. That will set you back $49,995, so you know, technically under $50,000. Of course, that’s before any options are added.

For 2023, Toyota only offers the bZ4X in XLE and Limited trim levels.

Co-developed with Subaru, the bZ4X uses Toyota’s e-TNGA platform dedicated for electric vehicles. Front-wheel-drive models utilize a single front motor that provides 201 horsepower (150 kilowatts) and as you’d expect, it’s also the version with the best EPA-estimated range of 252 miles. Add the second motor for all-wheel drive and the range drops to 228 miles in the XLE. Power goes up, but only slightly to 214 hp (160 kW).

It’s worth noting that Toyota’s latest horsepower rating for AWD models is down a single pony from when the bZ4X was revealed last year. However, with similar power levels across the bZ4X lineup, straight-line performance is equally similar. Toyota says the AWD bZ4X reaches 60 mph in 6.5 seconds versus 7.1 seconds with FWD. It’s not lighting the performance world on fire, but it’s certainly more than adequate to get the job done.

Will buyers respond to “adequate” in the growing crossover EV segment? The Hyundai Ioniq 5 is slightly more expensive in SE trim, but also offers slightly more power, more range, and faster charging speeds. The Ford Mustang Mach-E is also a bit more expensive, but it offers significantly more power and faster charging speed with a nearly identical range estimate in base RWD format.

The 2023 Toyota bZ4X goes on sale later this spring.

Source: Toyota
———
Hope you enjoy this video and leave your comment bellow. To stay up to date with alot of new Videos