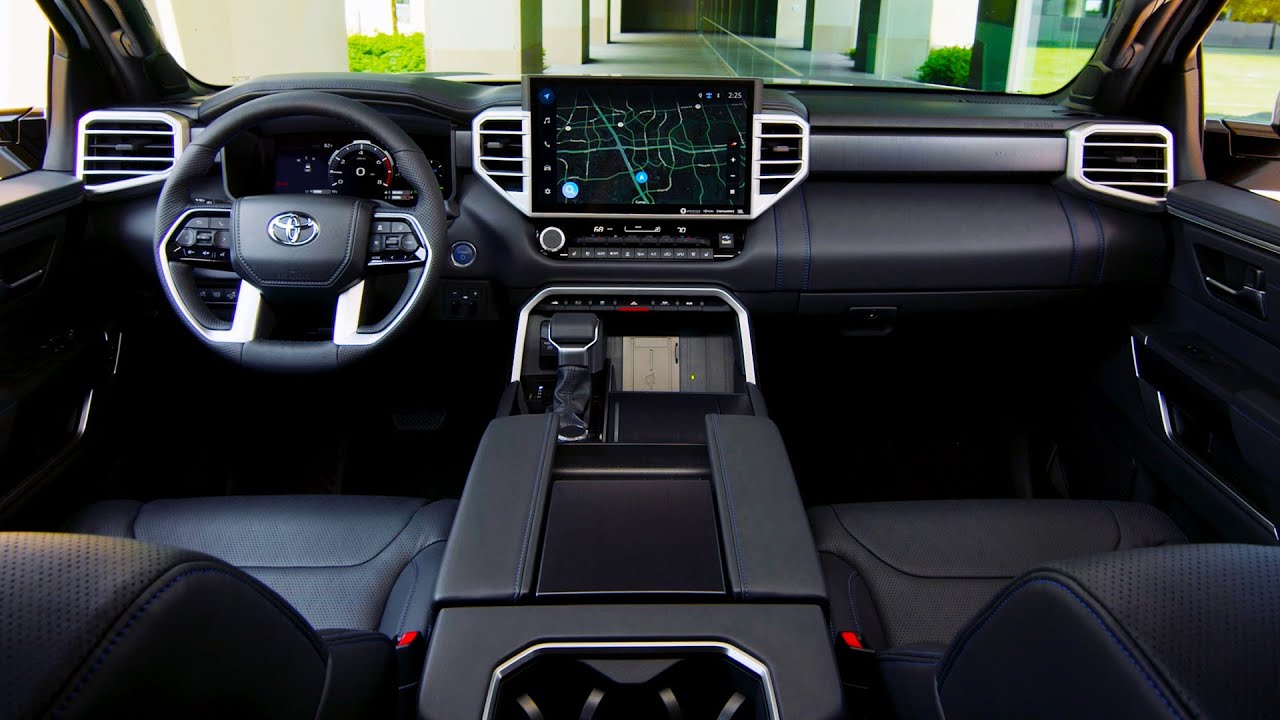 Toyota’s big Sequoia SUV adds features, power and comfort as the 2023 model switches to the same platform and assembly plant as the automaker’s Tundra full-size pickup. The Sequoia competes primarily with SUVs like the Ford Expedition, Chevrolet Tahoe, GMC Yukon and Nissan Armada.

It’s priced accordingly, with a base model at $58,300. A new trim level appropriately called Capstone tops the model line at $78,300.

The seven- or eight-seat Sequoia is the U.S.-market equivalent to Toyota’s rugged Land Cruiser, which the automaker sells around the world. It was designed in the automaker’s U.S. studios in Newport Beach, Calif., and Ann Arbor.

The 2023 Sequoia adds a hybrid model for the first time. Fuel economy estimates aren’t available yet, but will be before sales begin this fall.

The 2023 Sequoia’s exterior is identical to the Tundra pickup from the front doors forward. The rear is different, of course, because it has a long roof and enclosed cargo compartment rather than the pickup’s bed. The Tundra’s fully boxed frame and independent rear suspension carry over. A hybrid system with a 3.5L V6 engine and an electric motor is standard. It produces 437 hp and 583 pound-feet of torque. A 10-speed automatic transmission is standard.

Unlike the Tundra pickup, Toyota doesn’t offer a V8 engine, but the new hybrid generates more power than the previous model’s 5.7L V8.

The top Sequoia, a 4WD Capstone, stickers at $78,300. Toyota discontinued the Nightshade trim level it offered on the old Sequoia.

The 2023 Sequoia’s wheelbase is unchanged at 122 inches, but overall length increased 3 inches to 208.1. Toyota says the growth went into the rear cargo compartment. The new model is 0.3 inches narrower. The base model’s declined 2.8 inches to 77. Curb weight for most models increased about 150 pounds.

The Sequoia is a couple of inches shorter than the Tahoe, Yukon and Expedition.

All four large SUVs are all priced from around $50,000 to $80,000, with Chevy and GMC offering the bigger Suburban and Yukon XL, respectively, in the upper end of the Sequoia’s price range.

Prices exclude $1,495 destination charge
———
Hope you enjoy this video and leave your comment bellow. To stay up to date with alot of new Videos