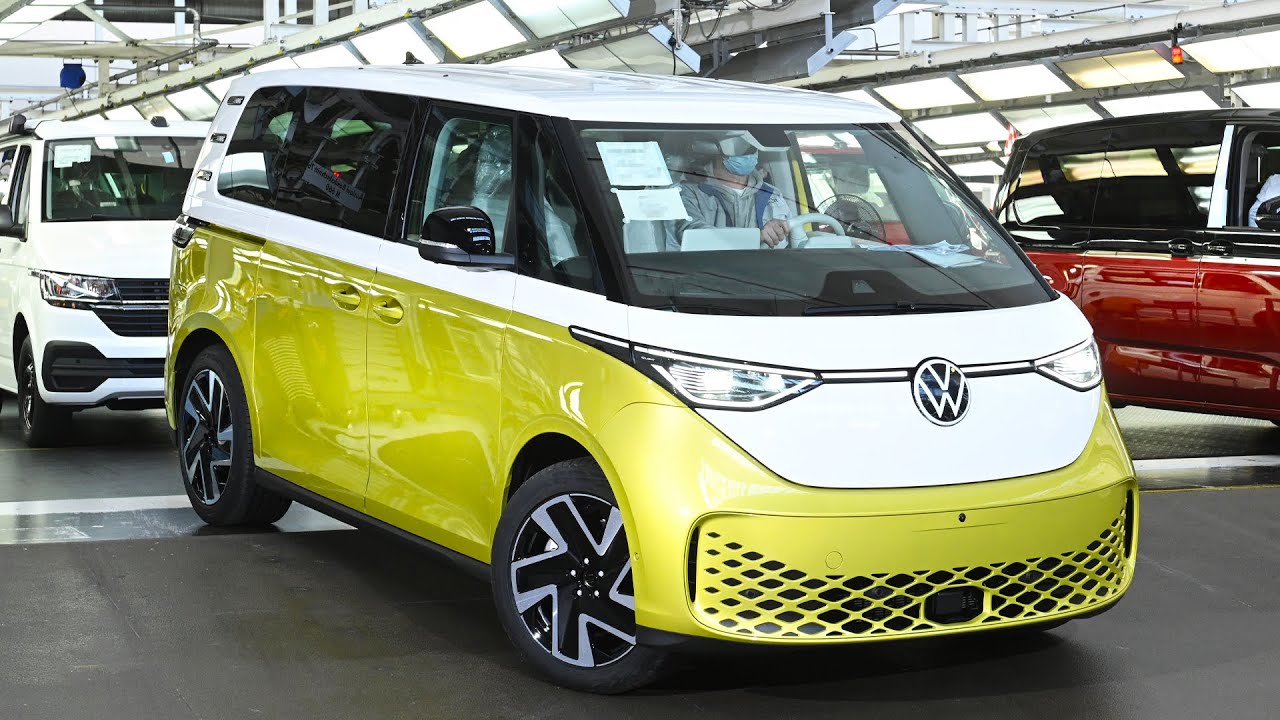 2023 Volkswagen ID. Buzz – Production Line at Hanover plant,Germany. After decades of teasing with concepts, some more realistic than others, VW Commercial Vehicles has finally pressed the start button on the Microbus’ revival. The ID. Buzz is rolling off the assembly line in Hannover where the factory has been overhauled over the past two years to accommodate the reborn icon. Deliveries to European customers will begin this fall while US buyers are in for a long wait as shipments won’t commence until late 2023.

Production of the ID. Buzz Cargo has already begun and now VW is doing the same for the passenger-oriented version. The electric vehicles join the Multivan (T7) as well as the Transporter (T6.1) at the revamped German plant. To make sure assembly of the electric people (and cargo) mover would start smoothly, some 4,000 employees received specialized training.

As previously reported, the ID. Buzz kicks off at €46,455 in Germany for the Cargo model once you factor in the environmental rebate. As for the five-seater ID. Buzz Pro, it retails from €56,606. Over the course of 2022, VW Commercial Vehicles aims to assemble as many as 15,000 units. The volume will massively increase to 130,000 vehicles once production will reach full speed.

The US-spec version will be different in the sense it’ll have a longer wheelbase to accommodate three rows of seats. While VW currently only produces a rear-wheel-drive model with a single electric motor, the ID. Buzz is going to get a more potent AWD-equipped derivative with a dual-motor setup. Expect somewhere in the region of 300 hp considering that’s what the ID.4 GTX and ID.5 GTX offer.

Although there’s still a lot of hype around the ID. Buzz, it remains to be seen how popular it’s going to be considering the steep German pricing. Of course, if history has taught us anything, it’s that the US-spec model will be substantially more affordable due to the lack of value added tax (VAT). But in a sea of crossovers and SUVs, it won’t be easy for the nostalgia-filled electric bus.