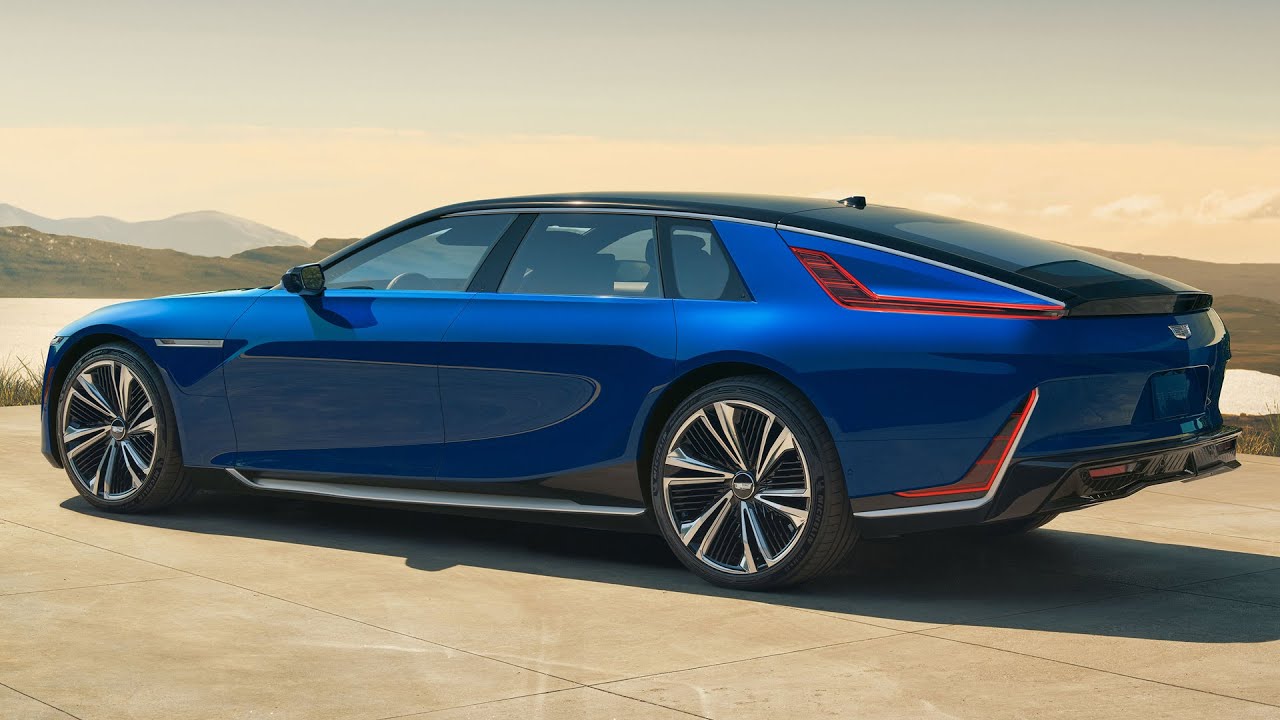 2024 Cadillac CELESTIQ – A $300K Hand-Built Ultra-Luxury Sedan With 600 HP, 300 Miles. Cadillac became the “Standard of the World” by hand-building over-the-top luxury cars with exceptional attention to detail. The 2024 Celestiq is the company’s bold bet that it can use the same formula to retake its place at the forefront of luxury brands. It’s aimed not at Lexus, BMW, or even Bentley. No, the Celestiq has its eyes on Rolls-Royce.

The model starts in the “low 300s,” according to Cadillac, with bespoke commissions likely to put as-configured prices into the $400,000 range. For that tremble-inducing price tag, Celestiq customers get an 18-foot, imposing, retro-futurist liftback limousine hand-built in the U.S. to order. And because it is 2022, it will, of course, run solely on electricity and make somewhere in the neighborhood of 600 hp.

That electric transition is key, because it’s a large part of why Cadillac is making its move now. The move to EVs is already reshuffling brand hierarchies and challenging every norm; If there was ever a time to re-invent a brand, it’s now. By making the world’s first built-to-order ultra-luxury EV, Cadillac wants to establish itself as a world leader in electric luxury. The key to its plan is customization.

It’s daring to take on Rolls-Royce in that realm, but Cadillac thinks it has the chops. The company will, of course, paint your Lyriq any color you’d like. But it’ll also have designers work with you directly on complimentary interior colors and trims. If there’s a certain fabric or inlay you’d like, Cadillac’s buyers will go out and source it for you. If you’d like the metal vent surrounds to be custom engraved or show an interesting pattern, well, they’re 3D printed anyway, so it’s not much extra effort. Even the Easter Eggs, like the parade of historic Cadillac silhouettes visible on the cupholder bezel, can be tweaked. The promise of the Celestiq is simple, per Cadillac: No two will be alike.

None of that matters if the core product isn’t strong, though. To this end, Cadillac has raided every corner of the GM empire to ensure a world-challenging feat. The Celestiq is built on the Ultium EV Platform that underpins stuff like the Hummer EV, with electric motors that’ll produce an estimated 600 hp and 640 lb-ft of torque to enable a 0-60 sprint. Suspension duties will be handled by three-chamber air springs and MagneRide 4.0. If it’s tuned half as well as the suspension on the Blackwings, expect to see Bentley executives sweating through their tweed trousers.

A standard active anti-roll bar should make that team’s job easier, as it’s long been one of Bentley’s secret weapons. All-wheel drive and four-wheel steering are also standard, as is five-link suspension. All of this should make the car plenty nimble without sacrificing ride quality, but the standard 23-inch wheels certainly add to the challenge.

Modern luxury cars must also push the boundaries of technology, so of course the Celestiq also comes with a 55-inch mega-screen with a display for the passenger, rear recliners and entertainment, 38 speakers, and Ultra Cruise, the next generation of GM’s world-beating Super Cruise driver assist system. In the long term, GM is hoping to update Ultra Cruise to enable supervised but hands-free driving, door to door.

Lighting, too, was a focus. The LED taillights have their lighting elements pushed right out to the surface, giving them depth far beyond a standard reflector setup. The front headlights are also 1.3-megapixel projectors capable of dizzying welcome sequences. Even the roof is pushing the limits. It’s an all-glass affair that has four electro-chromatic dimming zones and embedded LEDs. At its darkest, it has a 20-percent tint. That’s just about what a standard moonroof has, but the chief engineer tells Road & Track that it’ll block out 89 percent of the sun’s thermal energy, which he says is the best in the industry. We’ll see if the new GenTherm ClimateSense four-zone climate control system can keep the car properly cool on a hot day, but given that Cadillac decided to include neckwarmers, it’s hard to imagine the company skimping on the A/C.

Cadillac says the first customer Celestiqs will be produced in December 2023, with sales to follow thereafter. Production will be limited to roughly two per day, depending on just how much custom work each one requires. It’ll be sold in China, the Middle East, Canada, and the U.S., but expect U.S. sales to dominate total Celestiq production.
———
Hope you enjoy this video and leave your comment bellow. To stay up to date with alot of new Videos