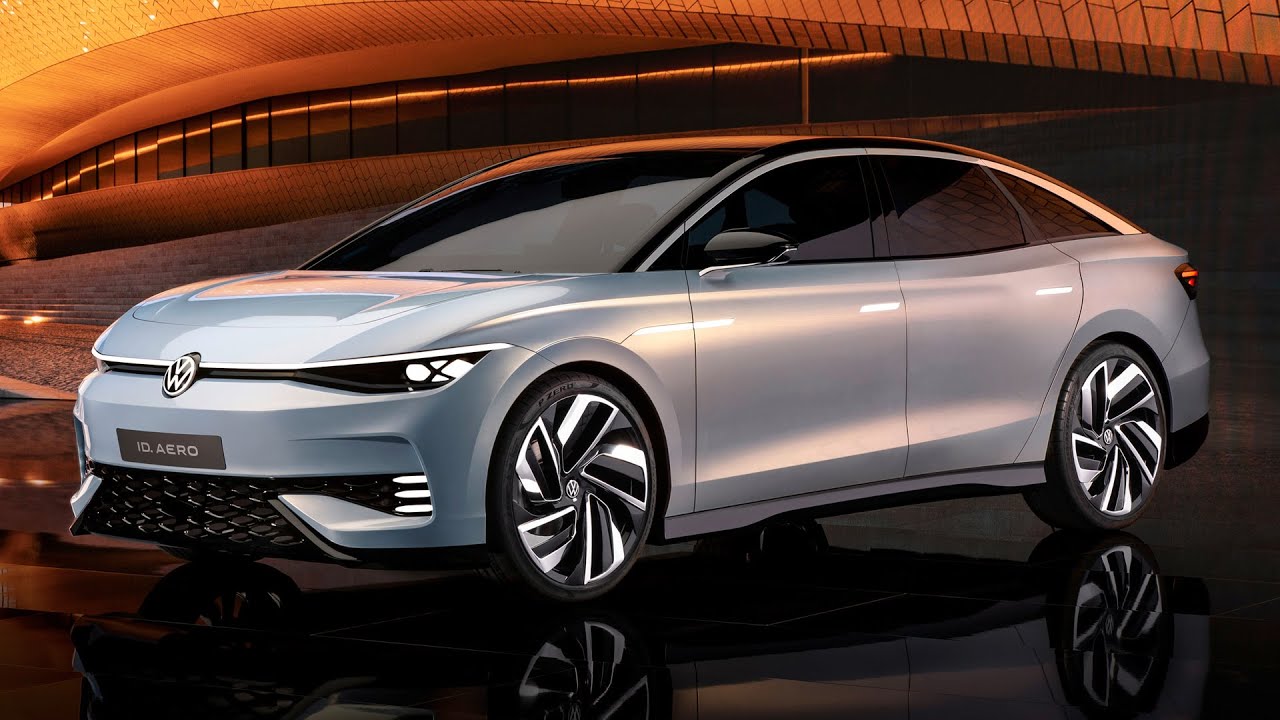 2024 Volkswagen ID.Aero – Electric Fastback Concept. Volkswagen’s latest concept car is the ID Aero, a super slippery electric sedan that closely previews a production car coming next year. The ID Aero is billed as the flagship of VW’s EV lineup (at least until Project Trinity arrives) and while its styling isn’t exactly surprising, it looks really nice.

The ID Aero is a little longer than the existing Arteon, and it basically looks like a fastback sedan version of 2019’s excellent Space Vizzion concept with more production-ready detailing. Its soda bottle shape and flowing roofline are a sleeker version of the ID 5’s look, with the contrasting black roof getting a nice aluminum blade along the contour. The ID Aero has the best execution of VW’s EV light bars yet, though I wish it kept the cool honeycomb lower intakes of the Space Vizzion, and it uses lit-up touch panels instead of door panels. Pretty much nothing about the ID Aero is too radical to easily make production.

Its drag coefficient of 0.23 is 0.03 better than the Arteon and makes the ID Aero concept as aerodynamic as a Tesla Model 3. Volkswagen doesn’t give details on the powertrain beyond saying the ID Aero rides on its MEB architecture, but the brand does claim a range of 385 miles on the European WLTP cycle. That should translate to over 300 miles on the US’ more conservative Environmental Protection Agency cycle. Expect rear-wheel drive as standard, with a dual-motor version offering all-wheel drive.

The production version of the ID Aero will first be launched in China in the second half of 2023, where two versions will be available from VW’s FAW and SAIC arms. But it will also be sold in North America and Europe, with the version we get likely to be slightly different in terms of design and specs. Expect the US-spec ID Aero to debut at some point next year.
VW’s ID Aero Electric Fastback Concept Will Be a New Flagship
——–
Hope you enjoy this video and leave your comment bellow. To stay up to date with alot of new Videos