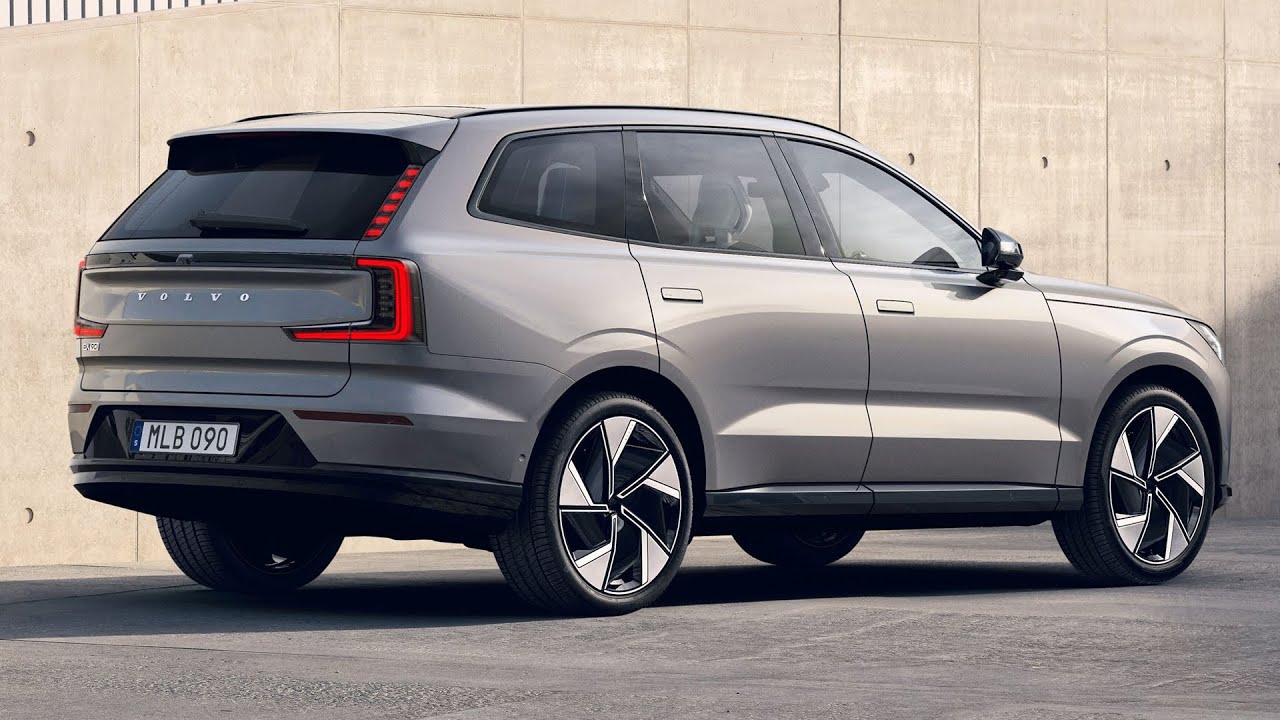 2024 Volvo EX90 – Hi-tech Seven-Seater Electric SUV. Volvo’s first full-size electric vehicle has arrived, and it’s aimed directly at the hearts and minds of American buyers. The 2024 Volvo EX90 is a proper seven-seater with all the practicality you’d expect from a large SUV. It’s also got nearly 500 hp, a whole bunch of torque, and an estimated range of 300 miles.

The Swedish company revealed the EX90 in downtown Stockholm Wednesday, though it’s clear this car was built to please an American audience. Designed to eventually replace its other full-size SUV, the XC90, it’s described as a stylish family car with “modern proportions.” It can seat seven people in comfort, and comes packed with 111 kWh worth of battery under the floor.

That battery can deliver an estimated range of up to 300 miles, says Volvo. At launch, only all-wheel-drive variants will be available, meaning permanent magnet electric motors for each axle bringing a total of 496 hp and 671 lb-ft of torque. Volvo hasn’t released 0-60 or top speed estimates, but it says the battery can recharge from 10 to 80 percent in just 30 minutes… with the right charger, of course.

Being a Volvo, the EX90 is stuffed to the brim with modern safety equipment. There are a host of sensors and cameras monitoring the car’s immediate vicinity at all times, giving the driver a heads-up if it identifies dangers ahead. There’s even an algorithm designed to gauge eye gaze concentration, so the car will alert you if you’re distracted or drowsy. If you happen to pass out or fall asleep while driving, the EX90 will safely come to a stop on the side of the road.

Volvo touts the EX90 as a computer on wheels, and it’s easy to see why. The car’s operating system has a “core system powered by Nvidia Drive AI platforms Xavier and Orin, Snapdragon Cockpit Platforms from Qualcomm Technologies, and in-house developed software,” according to the automaker. Combined with Epic Games’ Unreal Engine, that means graphics for the interior screens that rival new video games.

“The Volvo EX90 is a statement for where we are, and where we are going,” CEO Jim Rowan said in a statement. “It’s fully electric with a range of up to 300 miles on a single charge, designed to further raise our safety standards, the first Volvo car to be truly defined by its software and part of a wider ecosystem, connecting to your home and your other devices. The Volvo EX90 is the start of something new for Volvo Cars in many ways.”
———
Hope you enjoy this video and leave your comment bellow. To stay up to date with alot of new Videos