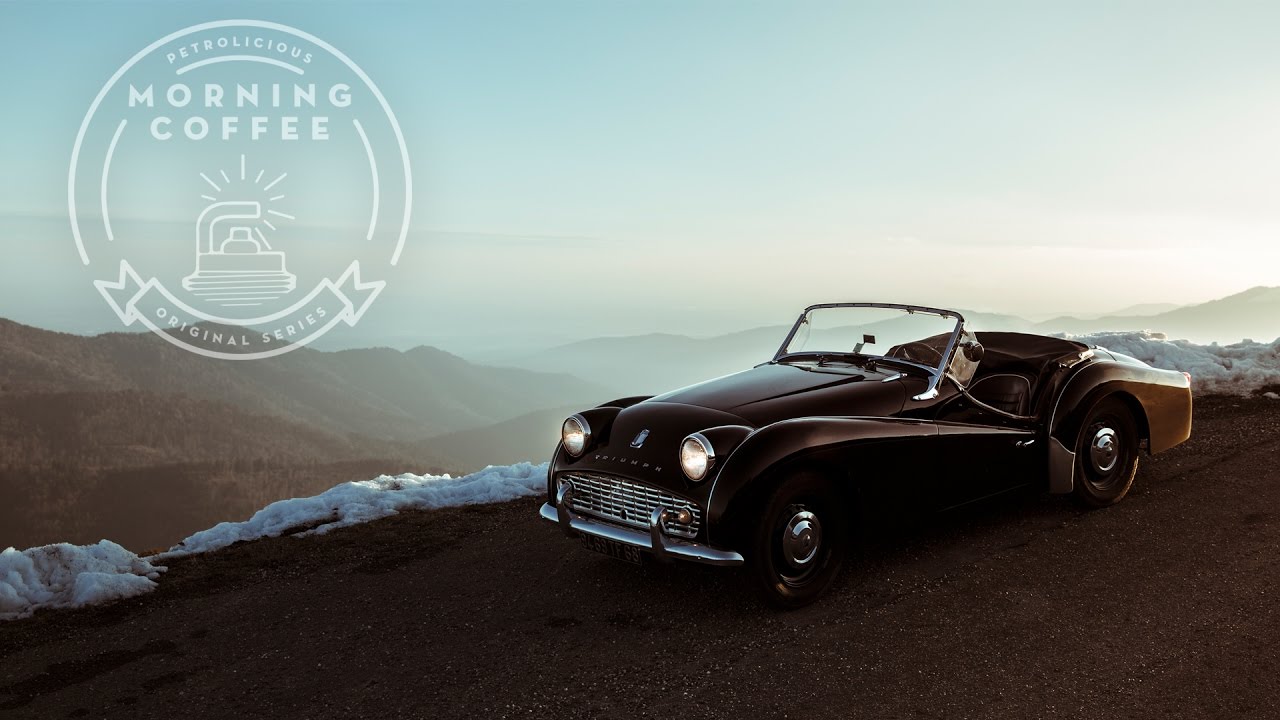 A Triumph TR3A to Warm Up a Cold Morning. This Tuesday morning’s highly caffeinated Morning Coffee original film series serves up a hot-pressed shot of espresso in the form of a sinister 1959 Triumph TR3A.

We find our focused petrolhead protagonist, Stadler Patrick, standing roadside, looking out over one of many idyllic valleys in the French countryside. As the day comes to life in the early morning light, total silence is only interrupted by the singing of birds and cool blowing winds—that is, until Stadler marches with purpose to the driver’s door of his old British roadster.

The crunch of gravel under his soles stops at the metallic click that announces an open entrance into the cockpit, and a deliberate pull of the low-slung door being shut precedes the less-than-sedate drive ahead. Stadler’s demeanor makes it clear he’s on a mission to motor with earnest enthusiasm. Settled into the saddle, he twists the key in the center dash-mounted tumbler and gives the long pedal a jab of throttle, abruptly awaking the inline-four cylinder to a chattering idle.

First gear is engaged, the clutch is released in opposition of throttle application, and forward motion begins as the needle in the rev-counter climbs. Perforated brown leather driving gloves tightly encase the white knuckles within, gripping the intricate black and polished metal steering wheel. The pace quickens.

The Triumph’s sealed-beam eyes spear warm light as the fender-to-fender-wide grille devours the winding rural B-roads of Haut-Rhin in France’s greater Alsace area. Banging up and down through the four-speed gearbox, Stadler locks up the front disc brakes, killing the built momentum. Paused at a fork in the road, our driver clenches his hands tighter around the wheel with the distinct sound of distressed leather wrinkling under pressure. He contemplates which path to take.

The snow-embanked route is chosen after brief deliberation, and the spirited sprint continues. After a scenic ascent up the mountainside’s ribbon of roadway, the TR3A’s tires squeal out of view. This is driving. This is automotive nirvana. This is better than the very best French roast money can buy.