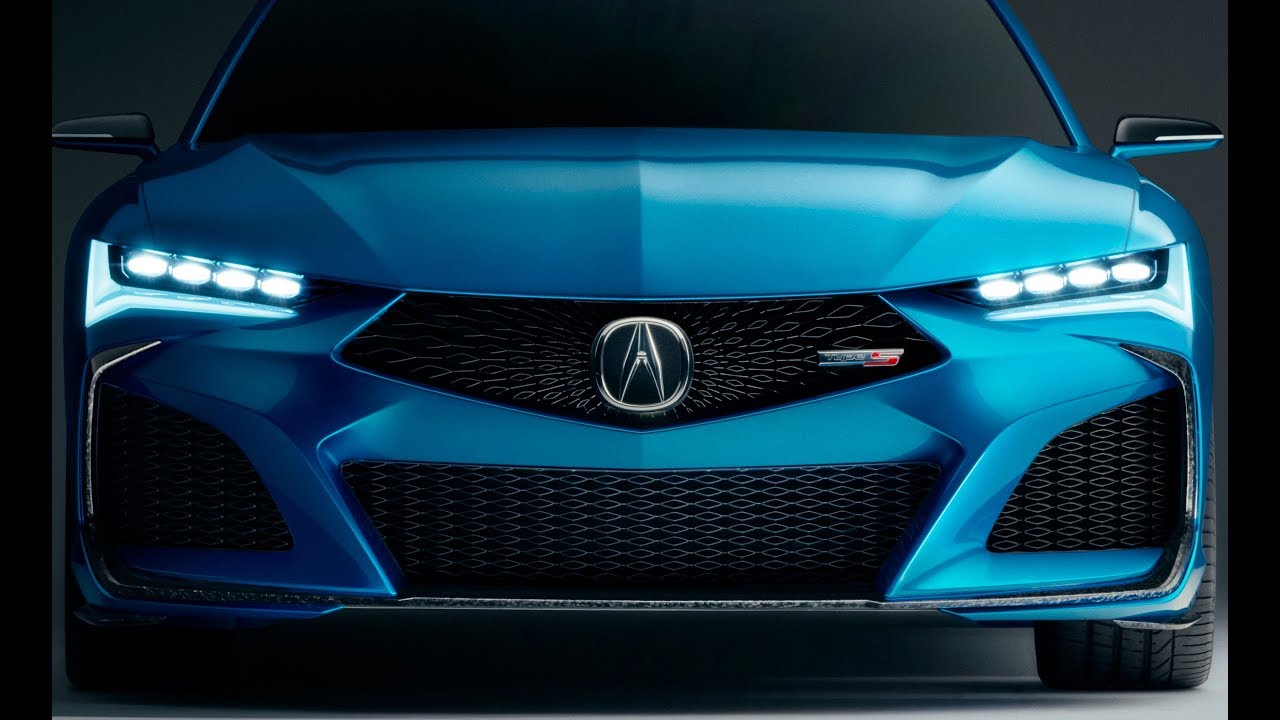 The Type S Concept wears the more chiseled, angular styling language from recent Acura products like the NSX and RDX. Here, the design looks especially sporty due to the large inlets in the front end. The long hood and short rear deck are an adaptation of the classic sports car aesthetic. The proportions are coupe-like in silhouette but still incorporates four doors. Forged carbon fiber trim has both an eye-catching visual texture and is stronger than traditional carbon elements. The exterior features a custom shade of Double Apex Blue Pearl paint.

“We’ve been dreaming about a new performance-focused Acura concept car since the Precision Concept debuted,” Dave Marek, Acura’s Executive Creative Director, said in the model’s new announcement. “The Type S Concept speaks unambiguously to performance and to the essence of Acura design.”

The company doesn’t offer many specific powertrain details yet. It rides on 21-inch wheels with Brembo four-piston brake calipers at each corner. In 2018, the division said that future Type S models were getting a new turbocharged V6 running through a torque-vectoring Super Handling All-Wheel Drive system.

A pair of Type S models will arrive in showrooms in the next two years. The first will be a version of the second-generation TLX, which will probably look a whole lot like this concept.