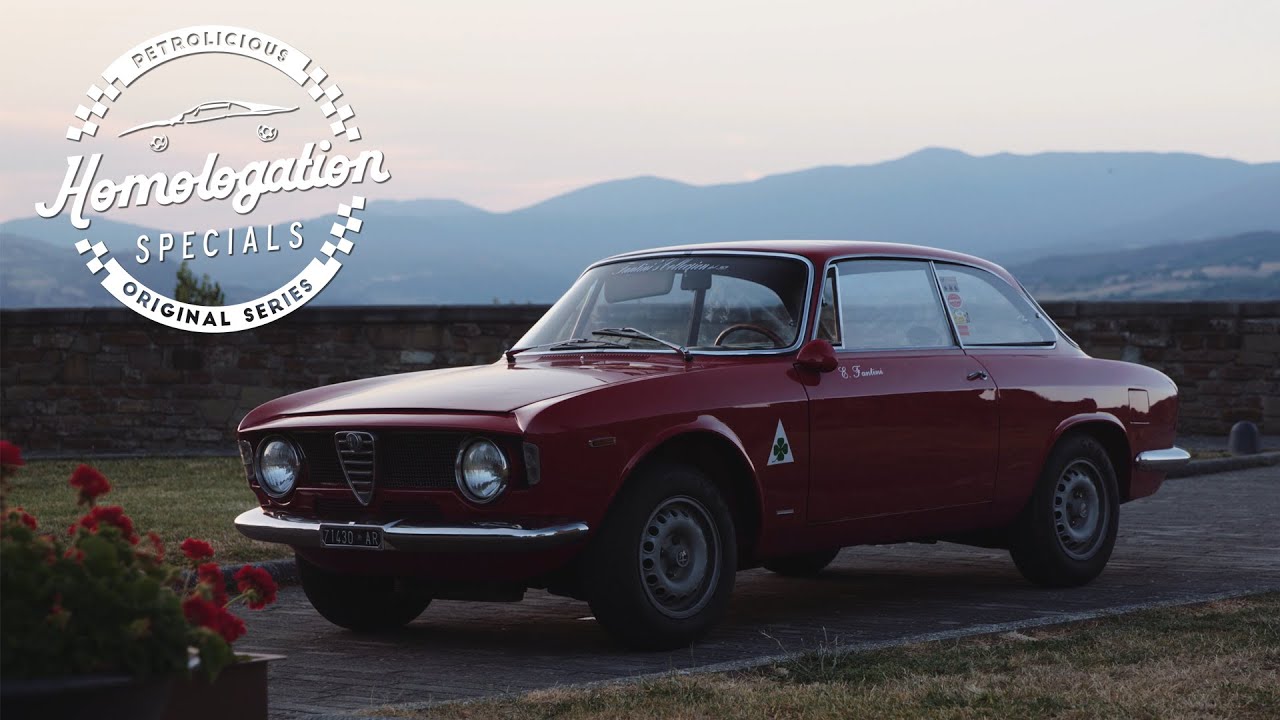 Alfa Romeo Giulia Sprint GTA: Light And Mighty. When Alfa Romeo decided to compete in touring car racing with the Giulia in the 1960s, the car’s motorsport baptism at the manufacturer’s racing arm, Autodelta, yielded only minor changes to the base model’s appearance. No doubt a doppelgänger, the form of the lightweight Sprint GTA that resulted from the extensive reengineering betrayed little evidence of the genetic shift that had taken place—its skin looked the same, but it was reconstituted in aluminum, magnesium, Perspex, and, for the roof, a unique alloy called Peraluman 25.

The diet that led to the GTA went much further than replacing steel with alloys and plastics, though. The now-standard “lightweighting” routines were followed: sound insulation was removed, typical creature comforts were chucked out, but Autodelta went even further by making the GTA’s half-shafts hollow, drilling out the gears in the transmission’s magnesium bell housing, and attaching the bodywork via pop rivets to the thin-gauge steel below.

Join us this week as our host Sam Hancock experiences a prime example of the light and mighty Alfa that’s never been restored.