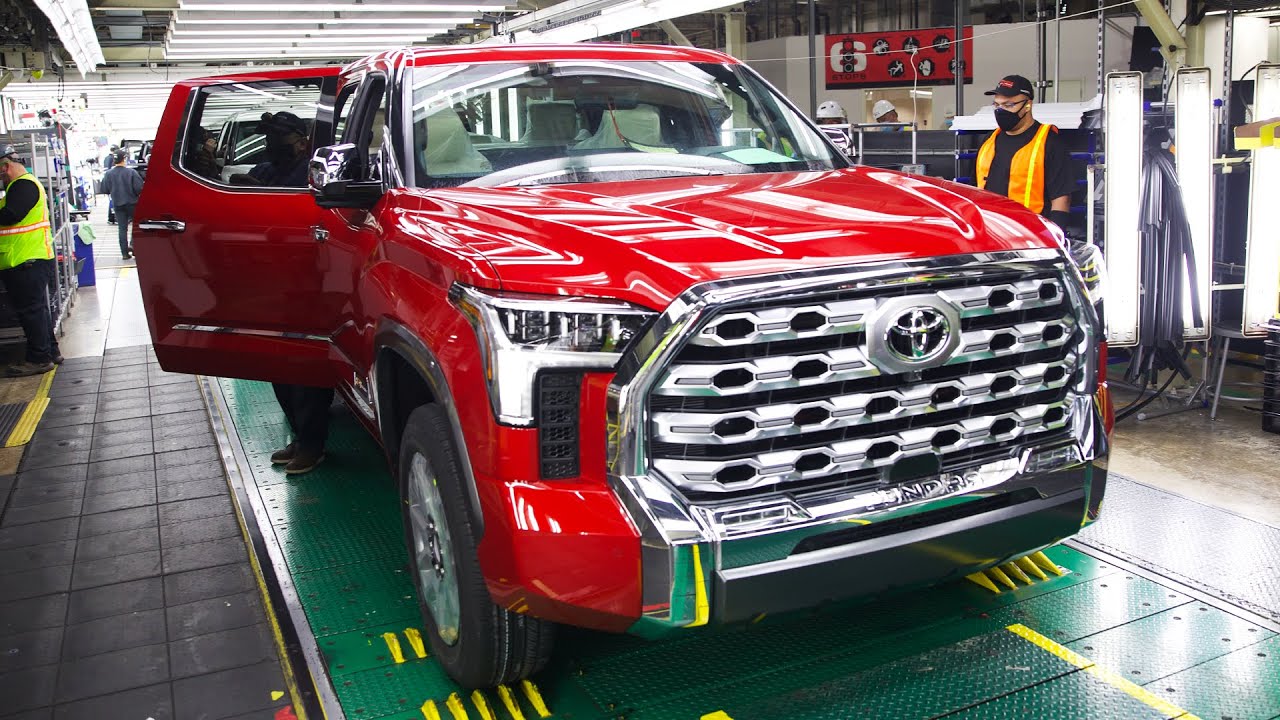 Only trucks powered with the standard twin-turbo 3.4-liter V-6 have started production, as the new hybrid powertrain won’t arrive until the spring.

After nearly 15 years, the Toyota Tundra is officially entering a new generation as the 2022 trucks have started being produced at Toyota’s plant in San Antonio, Texas. They’re already arriving at dealerships this week, Toyota says.

The new Tundra is significantly improved for its third generation to compete with domestic trucks from Chevy, Ford, and Ram. A new coil-spring rear suspension setup improves its ride, its more modern interior has an available 14.0-inch touchscreen, and there’s a new iForce MAX hybrid powertrain offering. However, the only trucks that are currently being produced are equipped with the standard twin-turbocharged 3.4-liter V-6 engine, as trucks with the hybrid powertrain, including the hybrid-only TRD Pro model, will arrive in the spring of next year.

Rear- or four-wheel-drive models are available in either crew- or extended-cab configurations with the choice of 5.5-, 6.5-, or 8.1-foot beds. Pricing starts at $37,645 for the base SR model, and SR5, Limited, Platinum, and 1794 models are also available now. You can see how a few Car and Driver editors would spec their new Tundra here.

Pricing starts at $37,645. Trucks will start arriving at dealerships this week.