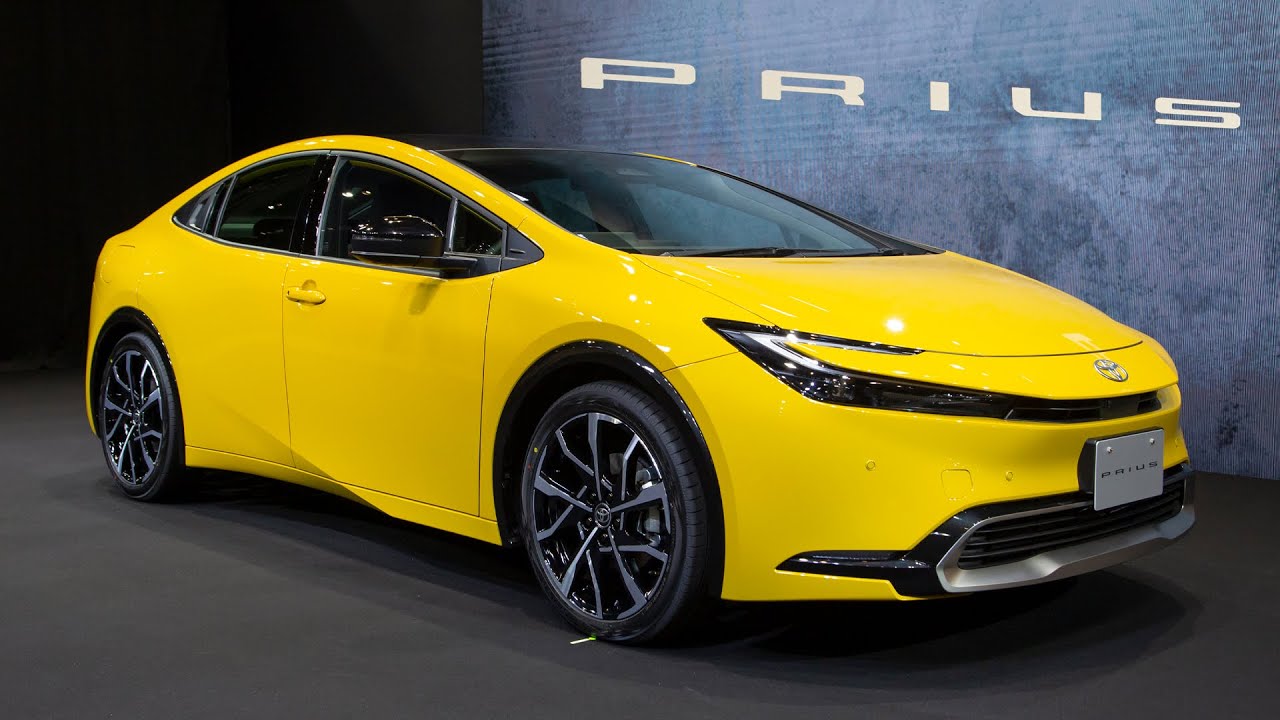 All new 2023 Toyota Prius – World Premiere / Fresh New Look With More Power. The fifth-generation Toyota Prius has just been unveiled in Japan, just prior to the North American variant launching.

With the new Prius, Toyota set about overhauling its most famous of hybrid models making it significantly more dynamic, roomier, and far more visually appealing than its predecessors. It wants it to evoke enthusiasm within those that own it. Significant improvements have also been made to the plug-in hybrid powertrain.

Toyota’s changes started with the exterior where the car builds upon the monoform silhouette of its predecessors but boats a longer wheelbase, lower center of gravity, and larger 19-inch wheels as standard. The design shares similarities to Toyota’s range of new Crown models, in particular at the front end where similarly dramatic LED headlights are featured. The full-width LED light bar at the rear is also impossible to ignore.

Two powertrains have been announced in Japan. The first combines a 2.0-liter Dynamic Force four-cylinder engine, an electric motor, and lithium-ion batteries to deliver a combined 220 hp (164 kW). Toyota claims that this variant has 50 per cent more EV driving range than the previous model but has not yet released a specific range number.

A host of safety features come packaged with the 2023 Prius. This include the latest version of Toyota Safety Sense that includes a monocular camera at the front, a rear-facing camera for the Digital Inner Mirror, and an in-vehicle drive recorder. The Toyota Teammate system also comes standard and includes Advanced Park with remote function, allowing the car to be controlled remotely when pulling into and out of a parking space.

The new Prius is also equipped with a solar charging system that generates enough power for up to 1,250 km (776 miles) of driving per year. Electric power generated while the vehicle is parked is used to charge the drive battery. The system also supplies electricity for the air conditioning and other functions.