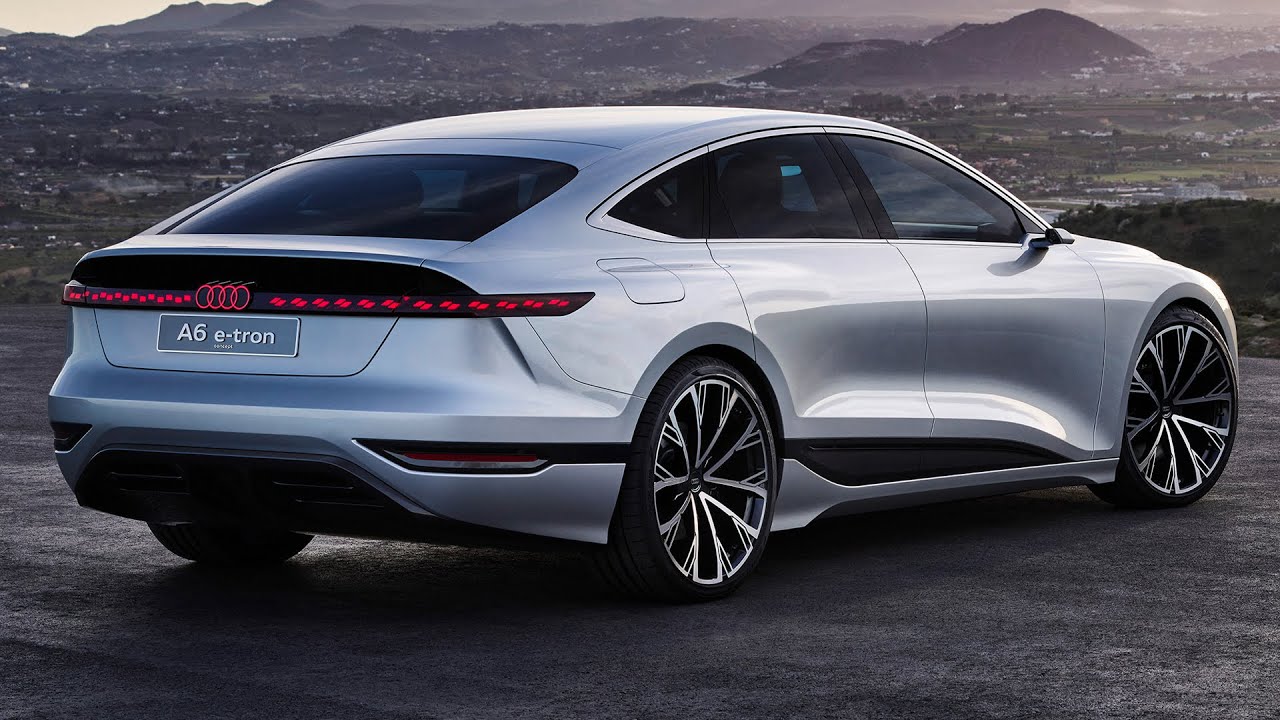 Audi A6 e-tron concept – Fully electric luxury-class Sportback. If anything is going to repopularize sedans, it might be electrifying them. Audi’s concept for its new A6 e-tron debuted at the 2021 Shanghai auto show, and its curvy lines, twinkly lights, and long wheelbase might just win buyers back from SUVs. If it doesn’t, Audi will be offering additional electric models to its stable—which already includes the e-tron, the e-tron GT, the newly released Q4 e-tron, and Sportback versions of the e-tron and Q4.

This concept is based on the scalable Premium Platform Electric (PPE) platform, a chassis design that can be lengthened, lifted, and widened as needed to support a range of EV models. The A6 e-tron concept—which will come alongside the gas-engine A6, not as a replacement—looks slick with its silver floating grille and shaved doors. We won’t see quite so radical a car in the dealerships, but Audi says the concept is “95 percent” what we’ll get in production.

Currently, Audi’s EVs use a variety of platforms: the e-tron GT is on the J1 platform, while the Q4 e-tron is on the MEB, which is the same one that underpins the Volkswagen ID.4. Going forward after 2022, however, newly developed Audi EVs will begin to use the same PPE platform as this concept. Its modular design not only allows for different-size bodies, but also single or multiple engine configurations.

Not having to work around large front-mounted engines and bulky transmission tunnels gives the designers more creative space and passengers more cabin space. The A6 e-tron has almost the same exterior dimensions as the current A6/A7 but should have an even more spacious interior. We can’t say for sure, because Audi has yet to release any interior images, but it looks big from the outside.

Performance, charging, and range are crucial selling points for any electric car, and the A6 e-tron concept uses two electric motors with a total output of 469 horsepower and is, as one would expect from Audi, all-wheel drive. All the PPE-platform vehicles will use 800-volt charging tech, which makes for fast fill-ups. At a compatible station, the battery can get 186 miles of range in 10 minutes or go from 5 to 80 percent in less than half an hour. Audi expects a full charge to offer a range of more than 400 miles.

Along with fast charging, the A6 e-tron’s use of digital lighting technology in the form of matrix LEDs and OLEDs allows for very slim lights that still meet all headlight and taillight safety requirements, and go beyond, to offer customizable designs, projected turn signals for added pedestrian warning, and even playable video games. The headlights act as a projector if you park the car facing a wall. What a concept! Electric cars aren’t just starting to look cool and be viable as alternatives to gas engines; they’re fun, too.