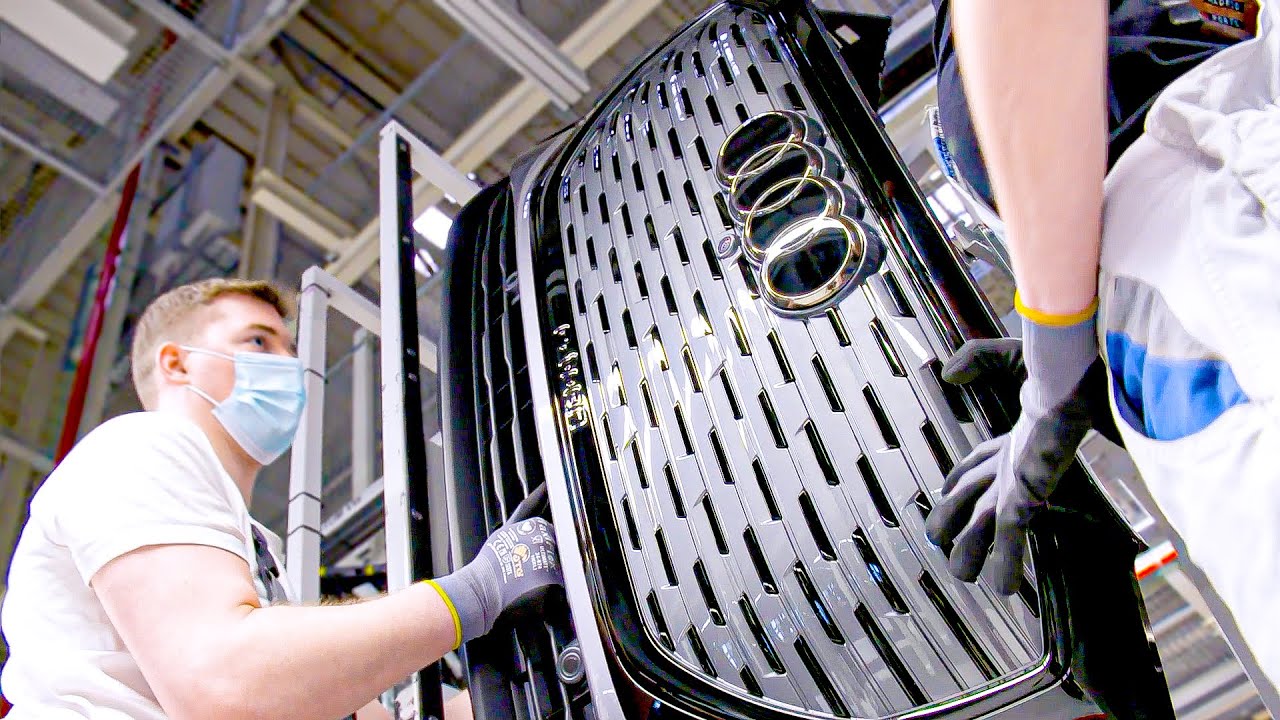 With the Audi Q4 e-tron and the Q4 Sportback e-tron, Audi presents its first purely electric cars in the compact segment. Under the expressively designed body, both SUVs offer a large interior, a high level of everyday usability, and a strong charging and driving performance. Depending on the motor version, they achieve ranges of up to 520 kilometers (323.1 mi) (WLTP), and the top versions come with a maximum output of 220 kW (299 horsepower) and electric all-wheel drive. The augmented reality head-up display brings a pioneering operating innovation on board on request.

Two Edition models, each available in two body variants and all drive variants, accompany the market launch – the elegant Edition One in geyser blue and the progressive and sporty Edition One in typhoon gray. Its exterior is distinguished by the S line, dark privacy glazing in the rear, and black attachments highlight the vehicle’s features. The Matrix LED headlights and the rear lights are also darkened. The Edition models come with 21-inch wheels in the Aero design on the geyser blue Edition One. On the typhoon gray Edition One, the wheels are finished in bronze, as are the laminated Audi rings on the C-pillars.

The interior design is based on the S line interior, in the geyser blue Edition model the sport seats come in a mix of black artificial leather and leather. The Q4 e-tron in typhoon gray has steel-gray upholstery with bronze-colored contrasting stitching. On the German market, the Edition models all come with a €6,195 higher price tag than the regular models.

2022 Toyota Land Cruiser – Detailed look at the exterior and...