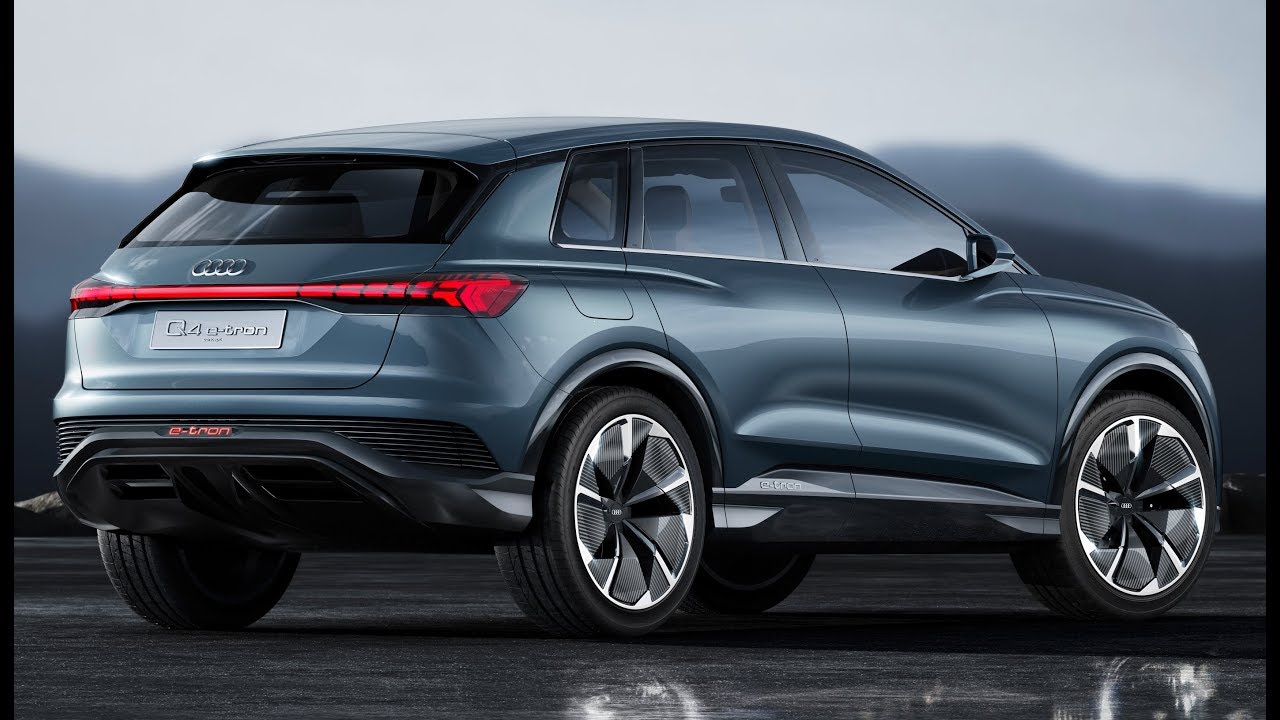 At the front, the Q4 e-tron concept features a large silver faux front grille and a set of angular air intakes. There’s also a glowing e-tron badge in the lower part of the bumper and a pair of slim headlights which appear slightly softer than the aggressive lights found on other Audi models, including the Q8.

Being a concept, it sits on a set of massive wheels and tires which probably won’t make their way into production. The rear end is dominated by a pair of taillights with a mixture of sharp lines and curved edges connected with an LED light bar stretching the width of the rear. A second glowing e-tron badge is also found at the rear, sitting just above a diffuser.

Interestingly, the Q4 e-tron concept doesn’t follow in the footsteps of the existing Audi e-tron SUV with rear-view cameras and instead uses traditional wing mirrors.

Thanks to the dual electric motor setup, the SUV features quattro all-wheel drive and thanks to the instant torque can accelerate to 100 km/h (62 mph) in a brisk 6.3 seconds. The vehicle’s top speed sits at an electronically limited 180 km/h (112 mph).

Apart from straight-line performance, however, potential customers will care about its range, too. Fitted with an 82 kWh battery pack, the SUV can exceed 450 km (279 miles) on a single charge a per the WLTP cycle. Moreover, the battery can be charged to 80 per cent of its capacity in 30 minutes.

Audi says that the Q4 e-tron Concept is technically positioned in the upper third of the compact class due to its dimensions. However, the generous 2.77-meter (9-foot) wheelbase puts it into a class above in terms of interior space. The airy cabin isparticularly roomy thanks to the lack of a traditional transmission tunnel required by an equivalent ICE-powered SUV of this size.

Speaking of the cabin, Audi has outfitted the concept with its latest Virtual Cockpit as well as a 12.3-inch touchscreen that is used to operate all infotainment and vehicle functions. The center console also includes a generous storage space with a mobile phone charging cradle.

The Q4 e-tron Concept will reach the production line at the end of 2020 and will be Audi’s fifth electric model. While the production model will look a little different, the German automaker says the visual changes will be minor. Which, given how good the concept looks, is a very good thing indeed.