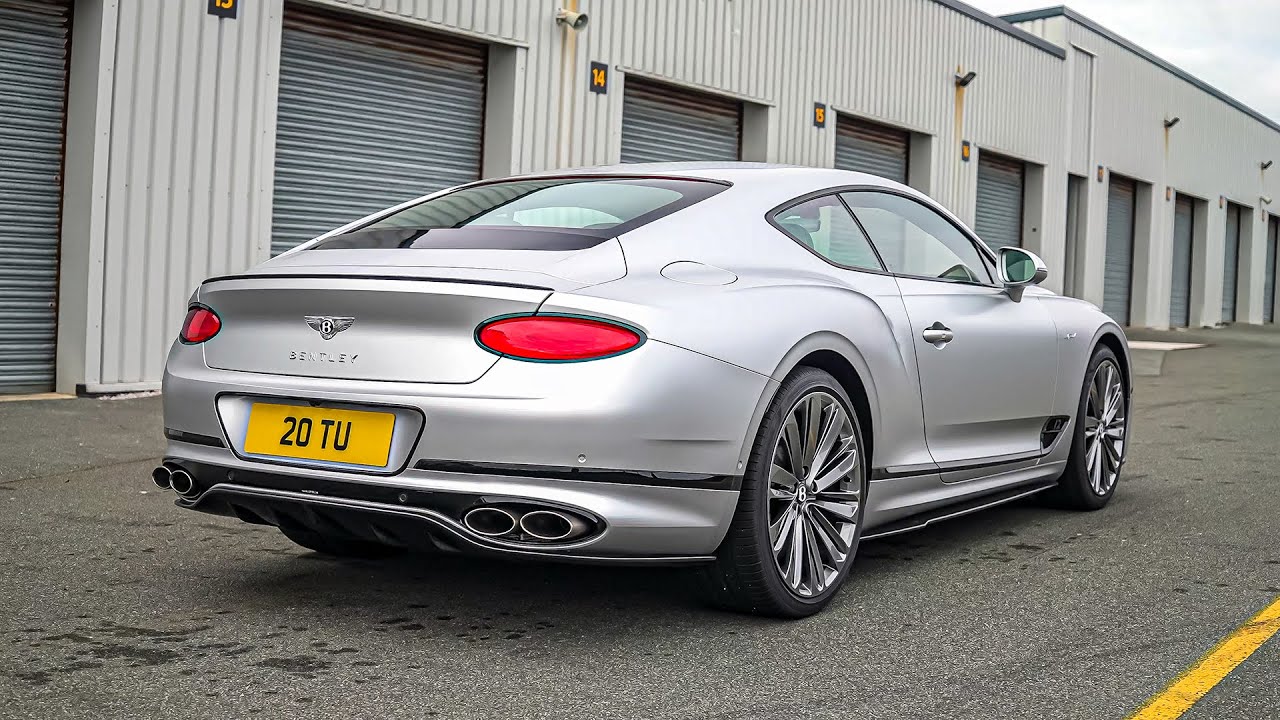 Bentley Continental GT SPEED (2021) The Most Capable Bentley Ever | Design Details. The new Bentley Continental GT Speed is the ultimate performance-focused expression of Bentley’s definitive Grand Tourer, yet maintains the luxury, comfort and usability of its siblings. It is equipped with an uprated version of Bentley’s renowned 6.0-litre W12 TSI engine, delivering 659 PS (650 horsepower) – a 4% increase of 24 PS over the current W12 model – whilst maintaining an extraordinary 900 Nm (664 lb.ft) of torque. With exceptional handling, this results in a top speed of 208 mph (335 km/h) and 0-60 mph in 3.5 seconds (0-100 km/h in 3.6 seconds), a reduction of 0.1 second.

Both engine and transmission have been deliberately calibrated to suit the car’s driver-focused credentials. This is most noticeable in SPORT mode, where the twin-turbocharged W12 has been tuned to keep the engine in the power band longer by up-shifting later, or downshifting earlier. This creates a more eager response to the driver’s throttle inputs.

The dual-clutch, eight-speed transmission shift is twice as fast in SPORT mode as in the standard W12 model, in keeping with the Speed’s ethos. This combines with a greater exhaust character during start-up and downshifts.

Not only does the Continental GT Speed offer impressive performance, to maximise efficiency the model benefits from Bentley’s Stop-Start technology where the engine rests not only when the vehicle is stationary, but also at near-to-stop speeds.

Bentley’s Variable Displacement system shuts down half of the engine’s 12 cylinders under certain conditions with the transitions between the two being imperceptible to the driver. Intake and exhaust valves, fuel injection and ignition are all shut down on defined cylinders, with the engine running as a six-cylinder for improved fuel efficiency.

Bentley Continental GT Speed is available to order in all markets, except mainland China, and is currently not available in EU27, UK, Switzerland, Israel, Ukraine, Norway, Turkey and Vietnam.